Recently, "jimjackaman" organised a scenario-writing competition on the Lost World Safari Yahoo group.  Some of my readers may already be aware of this, but I put forward an entry and when the poll was taken, I won!  Now this wasn't a big competition and there aren't any prizes, but I'm still chuffed to bits about the result.

The full rules can be read here (I think even non-members of the group can see these).  Paraphrased, they go something like this "design a Lost World adventure in no more than 500 words, using 6 packs of miniatures from Bob Murch's 'Pulp Figures' range, of which at least 1 pack must be PLT 08 Saurian Predators".

You can see the shortlist of entries here (and some very good ideas are in them, too), but below is my own effort.  Note that I've dressed up the formatting a bit and added some images (sadly, not my own).  This was obviously not possible in the text-only Yahoo group format, but hey - I'm recording this for posterity.  Here goes...

A Lost World adventure for 4 players

Somewhere in the South Pacific, a small island is tapu (forbidden) to the natives who live on the nearby, larger islands. Word has got round that there is something extraordinary to be found there and several bands of adventurers with different motivations have set off to discover the secret of Tapu Island!


Forces (from the Pulp Figures range, by Bob Murch) 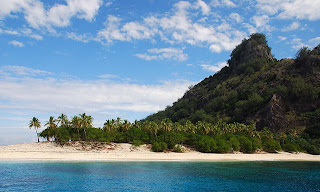 Tapu Island is a 4' square-ish tropical island, with narrow sandy beaches and rocky outcrops alternating along the outside and lush jungle filling much of the inside. There should be a few more open areas away from the coast, along with many narrow paths/game trails. A few small streams wouldn't go amiss and a tall waterfall with a pool at the base would be excellent! 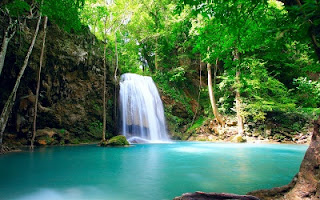 Randomly position 12 counters at least 8" away from the coast. If a character gets line of sight to a counter then roll a d6: on a 1 it's a large dinosaur; on a 2 it's a small dinosaur; on any other roll it's just nerves. A revealed dinosaur, or a counter if there is anyone within 6" of it, will move straight towards the nearest person on a 1-3, straight away on a 4-5 or in a random direction on a 6. Counters move 6".

Each player's forces start on a different beach, having just disembarked from a small boat or canoe.