The Lords of Strathclyde

A few weeks ago, I showed Coroticus, the warlord for my in-progress SAGA Strathclyde force.  I bought this starter army at Claymore, in August last year, so it's about time that I made some progress on it.  Today it's the turn of the warlord's inner circle/hearthguard, the "Teulu". 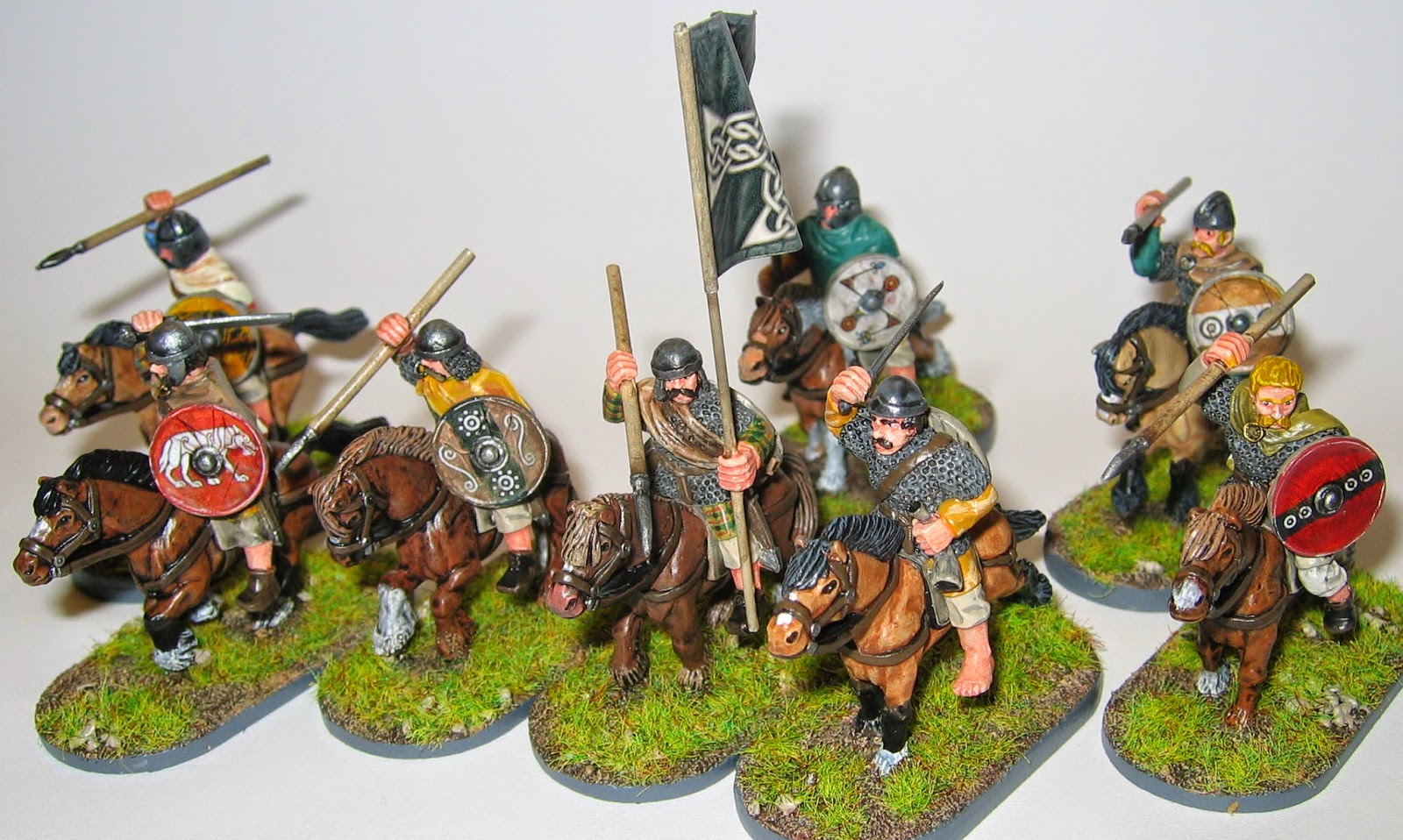 I have 8 models here, so that accounts for 2 points of value from the 4 point SAGA starter army.  If you leave the warlord out then these guys are half the cost of the warband all on their own!

All of the Teulu are riding ponies and carrying short spears, swords or both.  7 of the 8 men are clad in mail, though interestingly the one in the pale cloak and blue/white tunic (at the back left) has a leather cuirass instead.  I've just realised that this detail isn't really visible in any of the pictures, though the last image shows a little bit.

The figures are from Gripping Beast, whilst the shield and banner transfers are from Little Big Men. 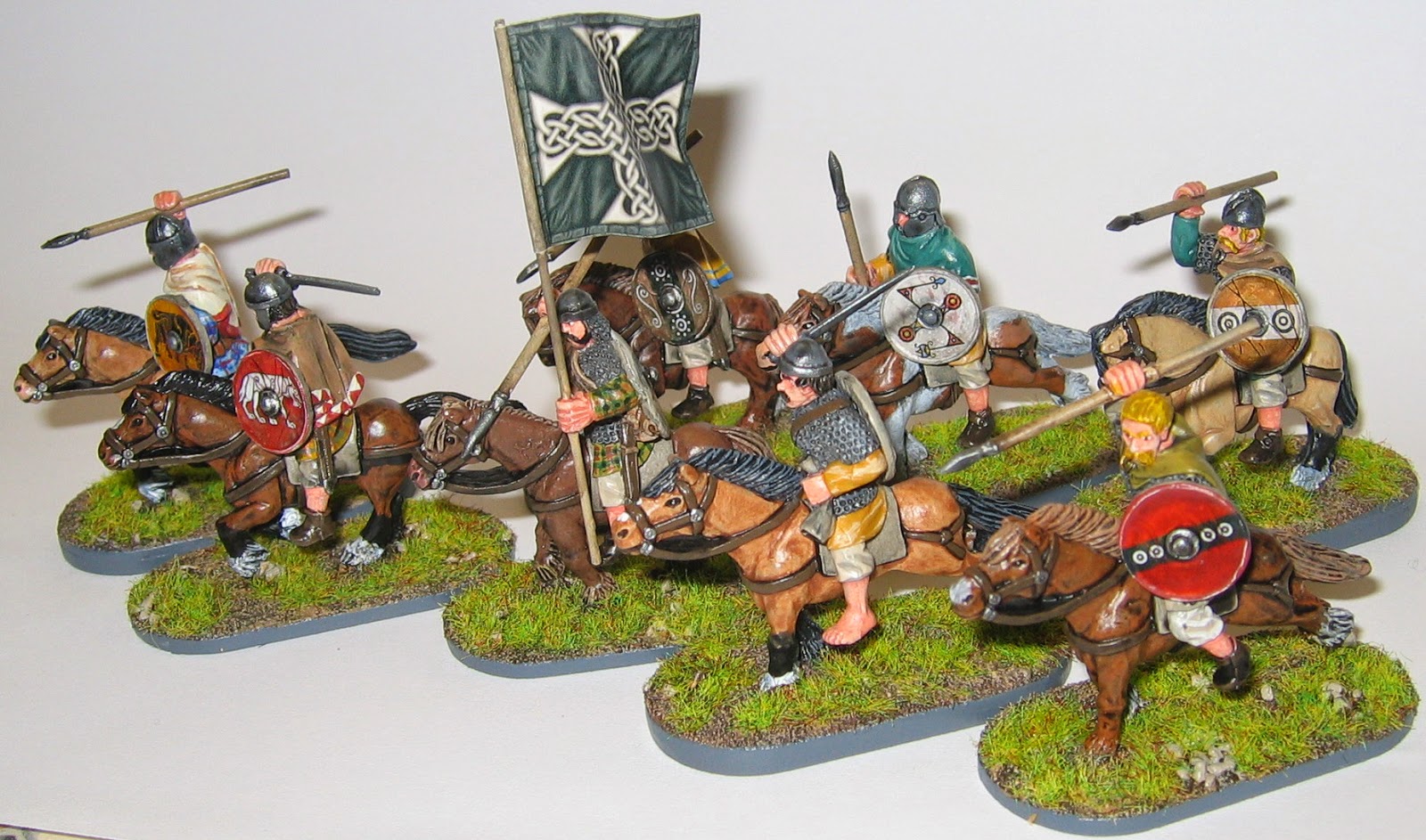 One of the Teulu carries a horn and I've converted one of the others to carry a banner.  Both of these figures cannot really carry shields in their left hands.  I did want these upper class warriors to have all the best equipment though, so I attached the shields to their backs instead.

The standard bearer already had a leather strap across his shoulder (for his scabbard, really), so I didn't feel the need to add any extra support for the shield.  However the horn blower looked odd with nothing to hold the shield on his back.  I gave him a strap of green stuff across his chest and shoulder; at least it looks plausible to me as a support. 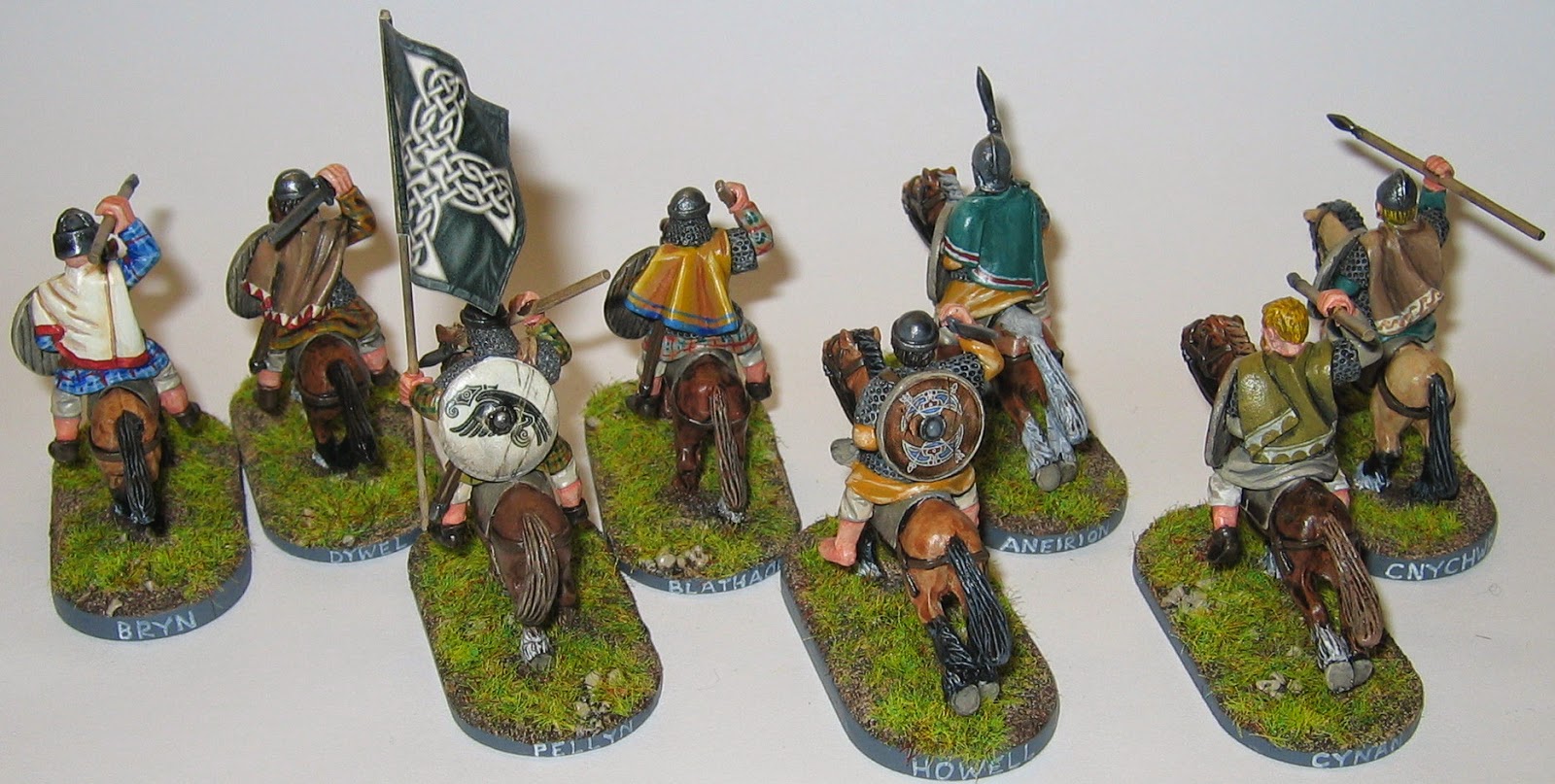 Most of these men have either patterned tunics (using my "not tartan" style) or they have decorative borders on their cloaks, or both.  Their clothing and shields are also somewhat brighter and more colourful than the average Dark Age citizen.  These, along with the armour and relatively abundant equipment, mark them out as richer and generally higher status individuals. 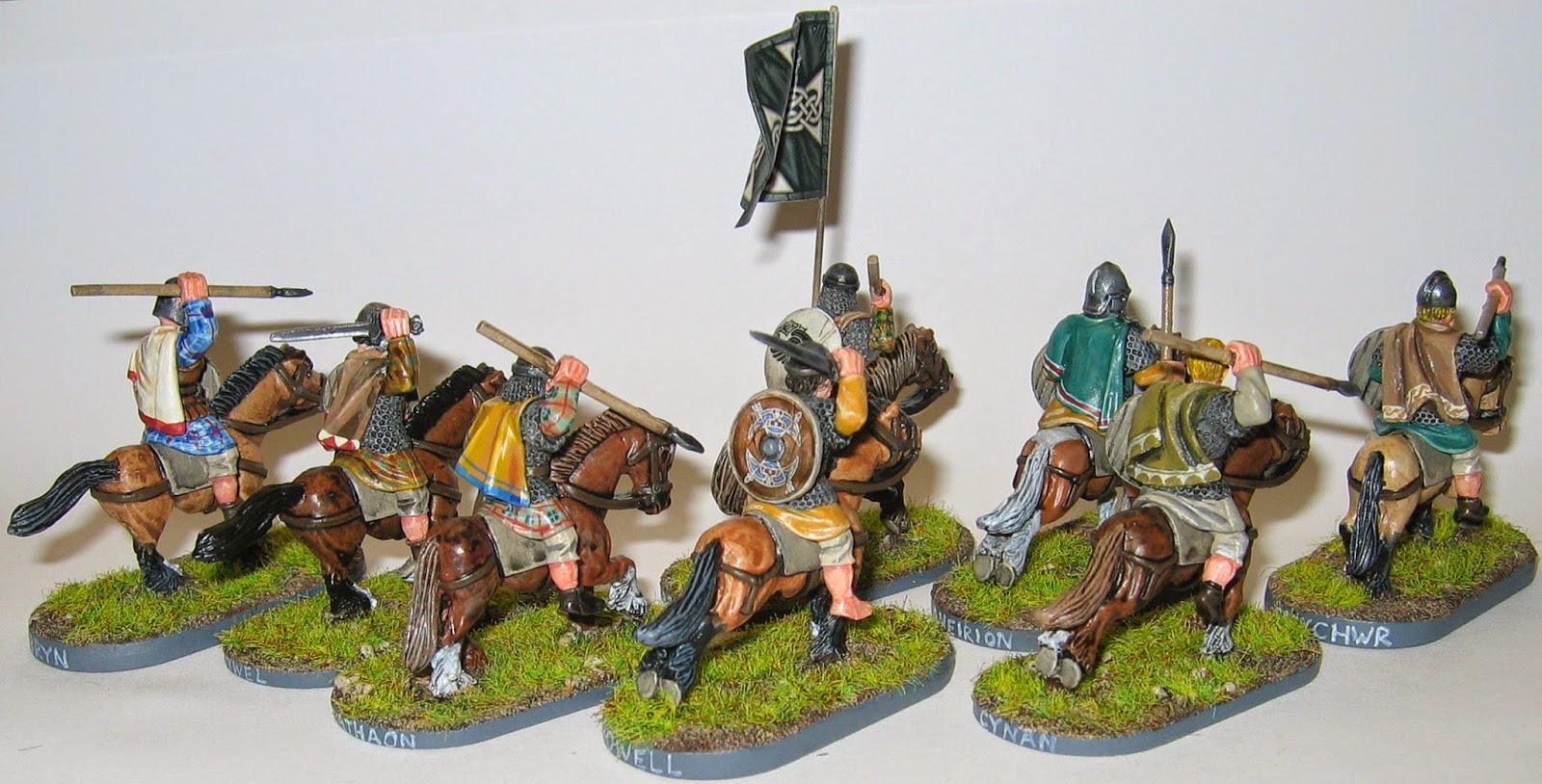 As with all my SAGA forces, the bases carry useful information.  In this case, the grey border marks them out as belonging to the Strathclyde faction (it's very useful to be be able to tell the factions apart during a game!).  In addition, they all have suitable names, just to give the force a bit more character.  Of course, being Welsh (and ancient Welsh, at that), I cannot pronounce some of them...

I've still got 2 points of warriors to paint, so that's another 16 ponies.  I'm beginning to hate preparation work for these animals, as they all have quite a bit of flash and damage that needs to be cut off.  I think that some of Gripping Beast's horse moulds have been very heavily used!  Still, the basic warriors are fine figures; they should be much plainer than the Teulu and therefore simpler to paint.

It'll be interesting to try an all-mounted force in SAGA, especially one that has the option of part of the force arriving during the game - from any table edge!