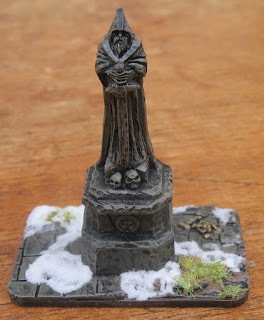 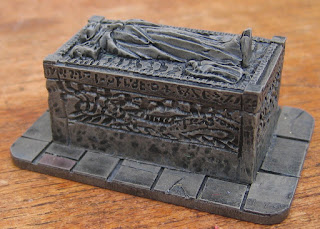 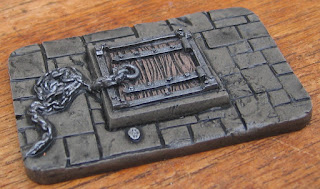 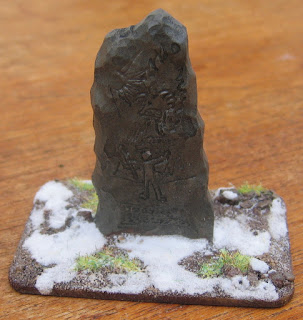 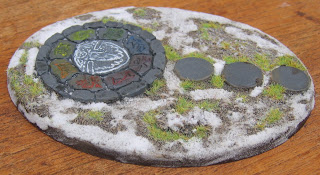 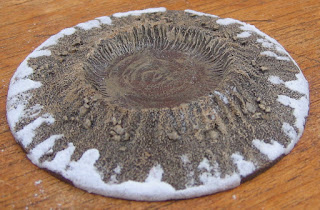 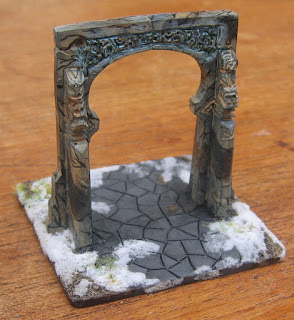 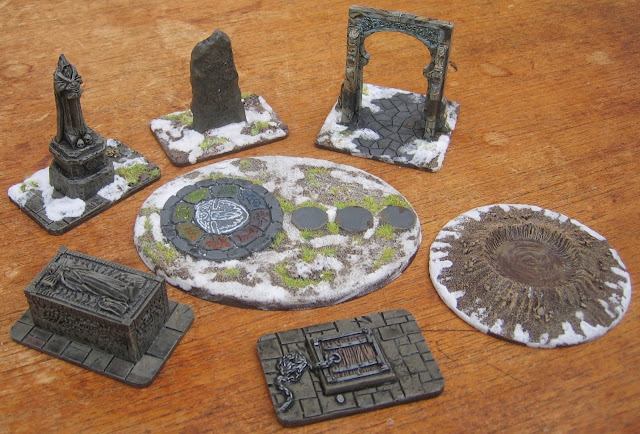 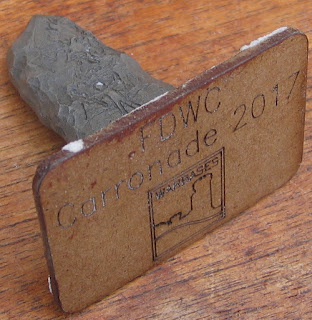 Finally, you may remember that I had acquired several MDF entry tickets when visiting the Carronade show in 2016 and 2017.  At the time, I remarked that I really ought to use these pieces as bases for something, but couldn't quite work out what.  Well, they were perfect for this job, so 4 of the Ulterior Motives terrain pieces are mounted on "Carronade" bases!
Posted by Colgar6 at 21:09