Hail Caesar: The Race for Ashkod

I figured that the only way I would be able to field my Assyrians against a contemporary army was if I collected it myself, so I started to build forces for late Hebrews (Judeans), Midianite Arabs and Kushite Egyptians (the black, 25th dynasty).  Pretty much all of these could be used as enemies or allies for any of the others.

And that was that.  I moved away to take up my first job and suddenly was in a strange town, buying and renovating my first house and didn't have time to play wargames.  In any case, my enthusiasm for 1980s-style WRG rules had started to pale...

Roll on several decades and Hail Caesar was published by Warlord Games.  It's taken me a few years of wishing, but we finally played our first game of this last Sunday.

So, nothing too elaborate for our first outing with Hail Caesar.  This was to be a straight-up fight between 2 similarly-sized forces, with just a medium-sized town, some gentle hills and a small wood for terrain.  The town was divided into 4 sectors, each capable of holding one standard-sized unit. 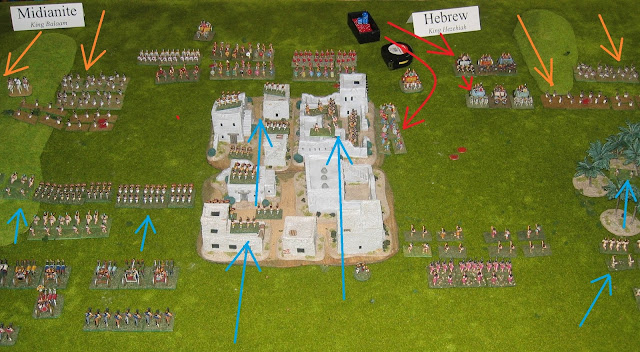 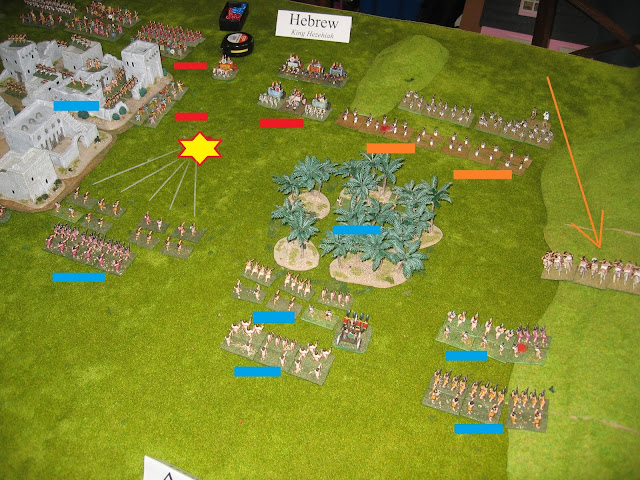 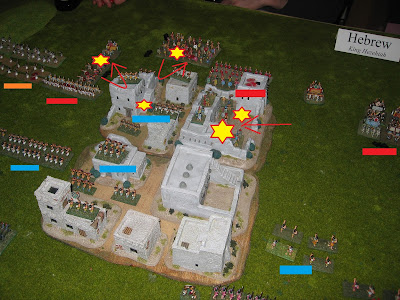 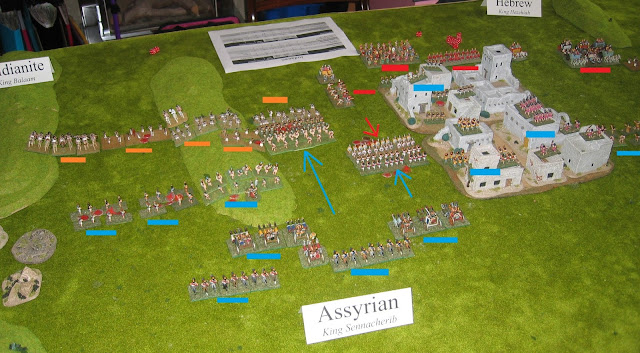 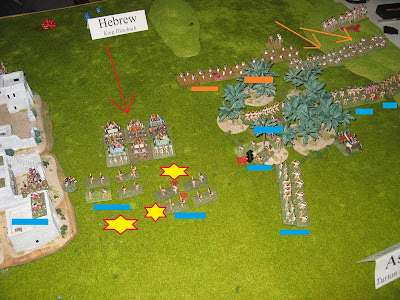 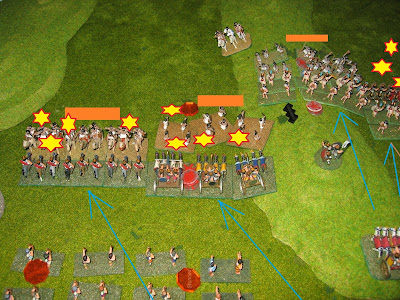 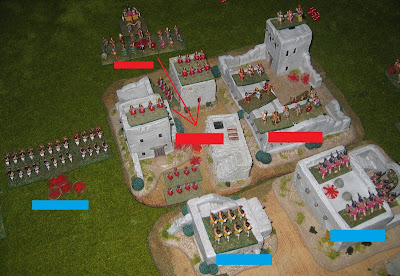 There's no doubt that this game ended in an Assyrian victory.  Indeed, they lost very few units - and almost all of those were expendable skirmishers.  However, there were not many units left in their army who didn't have a large number of casualties, so it was by no means a pushover!

I think that the crisis came early with the sluggishness of the Hebrew centre.  They should have advanced into the empty town easily; the failure to do so put them on the back foot throughout the game.  Although they eventually forced their way in the buildings, this was at a great (and ultimately unsustainable) cost.

On the left flank, the Midianite king gallantly held up 2 entire Assyrian divisions pretty much unaided.  However, he was too outnumbered and just couldn't convert the early casualties he caused into routing enemy units.  Eventually, the counterattack swept him away.

The right flank was a stalemate, with neither side's light forces able to gain any real advantage.

We will certainly play Hail Caesar again!  This was a fun game, though the multi-zone built-up area did cause us some confusion about rules.  Indeed, I've posted questions about this on the Warlord Games forum to see if anyone can offer a definitive interpretation.

So, our next game will probably not use buildings (or not many, at least!) and will have a more interesting scenario.  I'm hoping so, at least!
Posted by Colgar6 at 21:08