It's been a while since I did a workbench post (June 2016, to be precise), so I thought it might be time for another.  Have I completed all the models which were present then?  Is the area less cluttered than 17 months ago?  Let's find out... 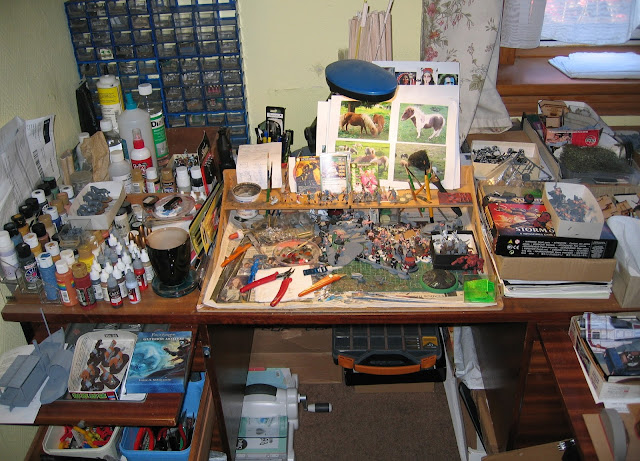 Nope, it's even less tidy than before, if that's possible.  I even have the leaves of the desk extended and covered with models, as well as piles of boxes and other stuff down the sides.

Let's take a closer look at some of these ongoing projects... 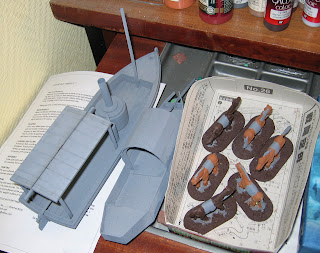 On the left are a couple of boats (a steam launch and a sampan) for Pulp and/or colonial games.  On the right you can see the ponies for my final six Strathclyde Welsh warriors.  After I've completed them, I'll have a basic 4 point Strathclyde warband for SAGA and will therefore be able to play them in a game. 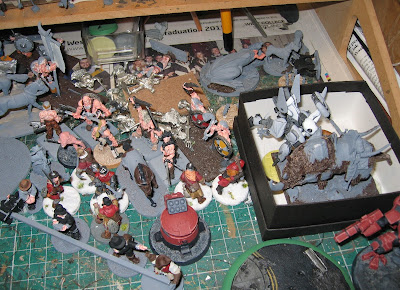 The paint station is covered in a huge mix of different models, all part-completed.  Amongst other things, you can see: 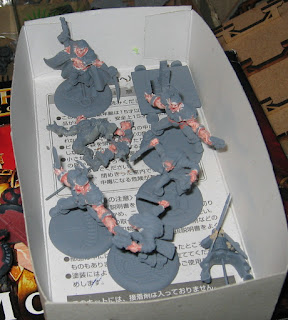 To the right of the paint station, but still on the desk, is a box of Relic Knights figures.  These are Star Corsairs and are a mixture of very nice and quite awful poses! 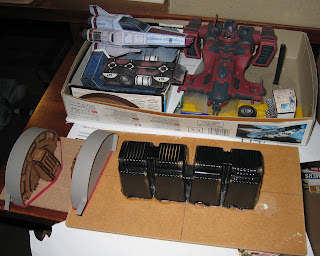 On the right-hand leaf of the desk you can see my long-promised generator model.  I'm thinking that this is more 20th century (so, Pulp or Spy-Fi) rather than futuristic, but who knows?

Behind that is another of my son's Tau models, plus a cardboard space fighter and another cardboard model (a refuse truck) on which the glue has failed; the components are all falling apart and I haven't yet decided whether it's worth trying to rescue it. 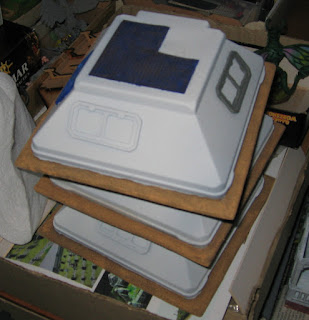 Moving on, here is a pile of 3 sci-fi "colony" buildings, partly painted.  I really must make more progress on these. 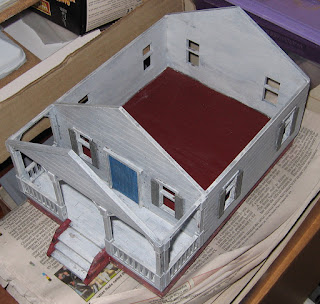 Finally, this is an MDF building (minus the roof, which hasn't yet been worked).  It's going to be a colonial trader's or missionary's house.  I've ordered some fur fabric with which to "thatch" the roof; hopefully that won't take too long once I have the material.

I really need to finish some of these models, if only so that they can be put away and not take up so much room on my desk!  The thought of having so much incomplete stuff was so depressing that recently I couldn't face painting.  Instead, I spent much of last weekend building some Saracen heavy cavalry to start a new SAGA warband...
Posted by Colgar6 at 21:51

Email ThisBlogThis!Share to TwitterShare to FacebookShare to Pinterest
Labels: 2017, Workbench