Paleo Diet: A year in the life of the Stone Finger Tribe

A little while ago, I described my first ventures (nay, mishaps!) into the Paleo Diet rules.  You can read the sorry tale here, if you so desire.  Well, last Thursday at the Helensburgh Alternative Hobby Association, we tried the game again.  I had been busy painting more figures and effects (fire!) and was keen to see how these would work. 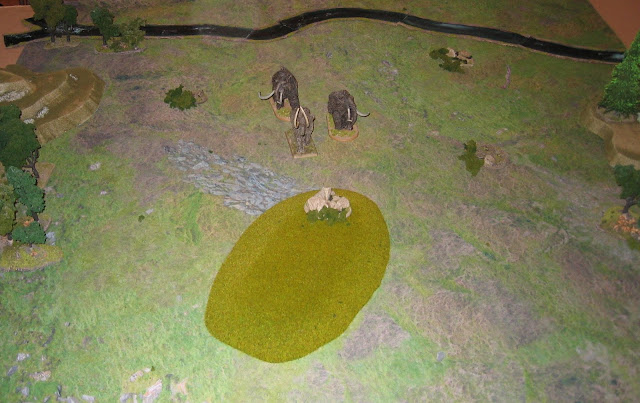 The hunters of the Stone Finger tribe were pleased.  Their group had survived the long, harsh winter without very many deaths and now that the spring was here, mammoths were on the move.  There's a lot of meat on a mammoth and their families were hungry, so if they could bring down one of these behemoths then everyone could feast!

So, here's the plan: 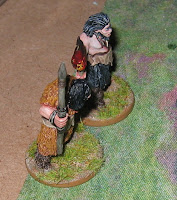 Grod and Vorn would enter from the left, upwind of the mammoths.  They would set fires in the grass to drive the beasts to the right... 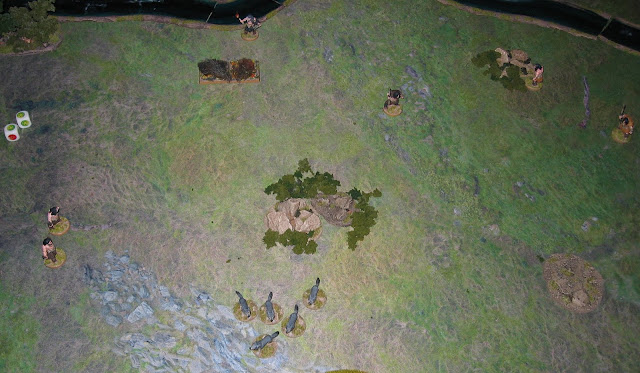 In our second game of the evening, the well-fed Neanderthals decided that some hunting dogs would be a nice addition to their tribe.  There weren't any dogs near them, but a wolf pack was breeding nearby.  Could the hunters raid the wolves' den and steal the litter? 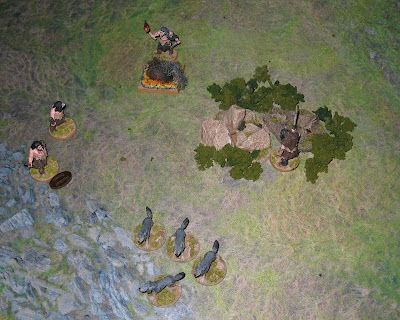 Initially, things went rather well.  Vorn lit several fires upwind of the den; these caused consternation amongst the wolf pack.  They kept trying to pluck up courage to charge a hunter, only to turn tail and run from the smoke whenever they got close. 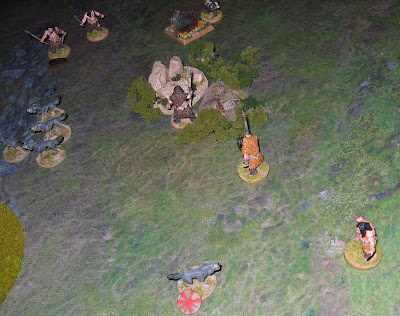 One animal broke sideways from the pack, but Groob injured it with a well-placed stone from his sling. 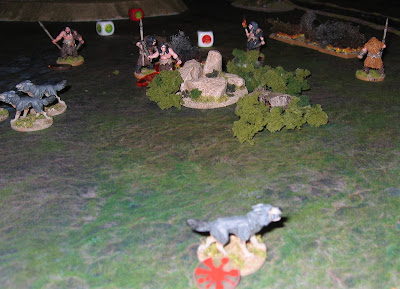 The injured wolf's mournful howls scared the wits out of Droog and Dorv; they emerged from the den each clutching a puppy and ran in the opposite direction... 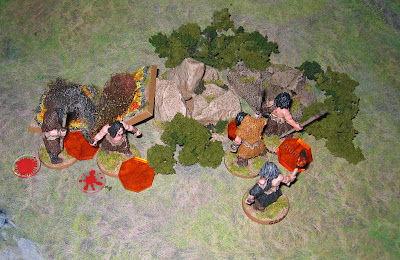 ...and straight into the path of the somewhat out-of-control flames that were burning forwards at an alarming rate.

Meanwhile, Groob finished off the injured wolf with another sling shot and the rest of the men queued up to grab their own puppies.  The remaining wolves were too scared of the fire to do much other than make a few futile dummy charges, so the tribe escaped with most of the litter (and a couple of badly burned hunters).

This probably counts as a successful scenario too 🙂. 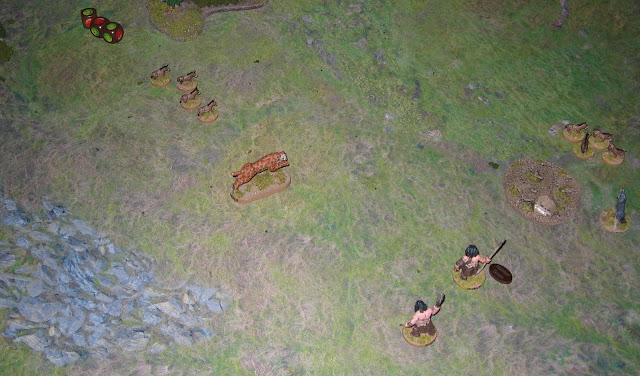 The old chieftain died later in the year.  As he was dying, he announced that the next chief would be whoever managed to slay a large and dangerous sabretooth cat which had recently moved into the district.  Four hunters didn't even wait for his last gasp but instead gathered up their weapons, called to a couple of dogs and set off to slay the monster.

So, this scenario was co-operative, but only up to a point.  Tribesmen (and their dogs) may not attack each other, but there can only be one winner: whoever delivers the final blow to kill the predator.  There were some herds of small horses around as well, but they played no real part in the game and so I'll not mention them again. 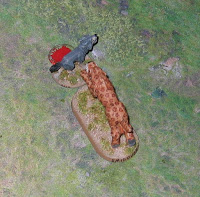 Droog's dog, Scar, was first to attack the sabretooth.  It didn't go very well for the smaller animal; he ran away yelping with a nasty gash on his flank. 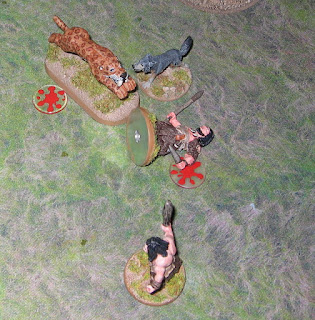 Next up was Guban, aided by his dog, Alpha.  The hunter rushed in without waiting for assistance and although he did manage to spear the tiger, he was promptly mauled to death. 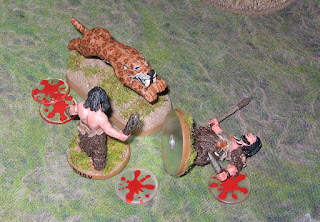 Dorv leaped in as well, though too late to aid his friend.  He gave the sabretooth a crack on the head with his club, but it then turned on him and tore him to pieces. 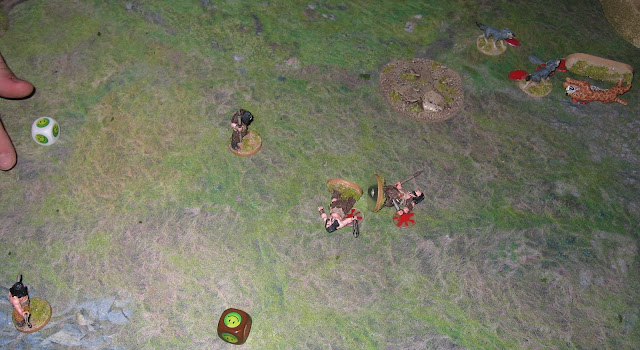 Droog and Groob were trying to catch up, but were still some way off.  Whilst they ran and panted, Alpha and the sabretooth (both injured) snarled and snapped at each other.

Incredibly, the tiger's attacks missed the dog again and again.  Eventually Alpha got a good hold and ripped out the cat's throat to deliver the fatal blow.  And that is why, even to this day, the Stone Finger Tribe worships dogs and holds them supreme over all other spirits and gods.

Paleo Diet is a quick, simple, fun set of rules.  The animal behaviours are unpredictable, but within realistic bounds, so the (player) hunters are never certain of an easy victory.

We were able to fit three very distinct games into a single evening, with a different (but overlapping) set of players in each.  It would have been ideal as a mini-campaign - and there are rules for this, but on this occasion we weren't tracking injuries, successes or failures from one game to the next.

Next time we'll have to do such a campaign properly.  Hmm, I wonder if it would be possible to organise a club league, with people dropping in for the occasional game as & when it suited them?
Posted by Colgar6 at 19:47