Not so long ago, I catalogued all my zombie models and came to the conclusion that I had 178 of them.  Since then, I found another 11 zombies (in the best traditions of horror films, they were hiding somewhere unexpected).  This brings my zombie total up to 189 models.

It seemed only fair to perform a similar exercise with my survivor models, just to see how many of these were in my collection.  In this case, the number is possibly larger than I was expecting! 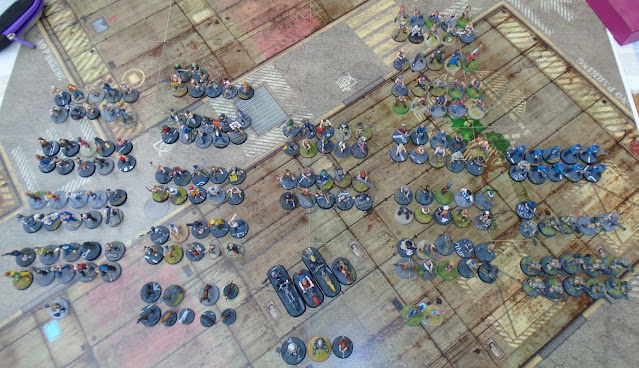 As before, I've created a definition: a survivor model is one that I intended for games which represent a zombie outbreak.  I have excluded other "modern" miniatures which could be used in such a setting, but are really part of another collection (for example, Doctor Who, spy-fi, space opera or post apocalypse barbarians). 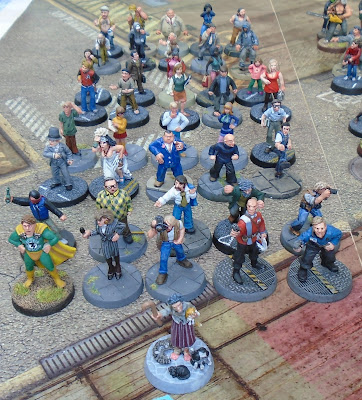 This picture shows a selection of ordinary people with no significant weapons.  I'm discounting cameras, handbags, walking sticks, beer bottles, the prop phasers owned by the Star Trek cosplayers and the large number of cats owned by the crazy cat lady.

Of course, it is possible that any or all of these items could be used as an offensive or defensive weapon if the wielder was sufficiently inventive.  However, none of these figures appears to be using such an item in an aggressive manner.

I believe that there are 41 models in this sub-collection. 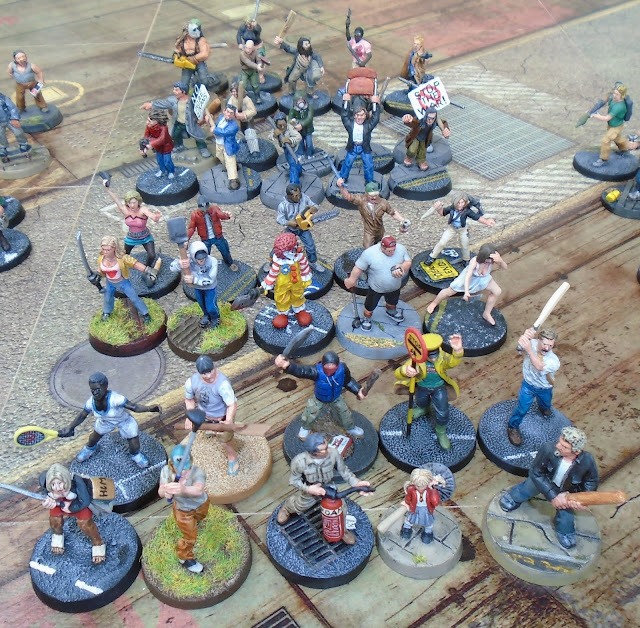 I have 37 figures who are equipped with items that they are wielding as melee weapons.  These fall into the following categories:

Not all my survivors are human!  I have 9 dogs in this collection, ranging from the enormous Irish wolfhound to the less terrifying dachshund. 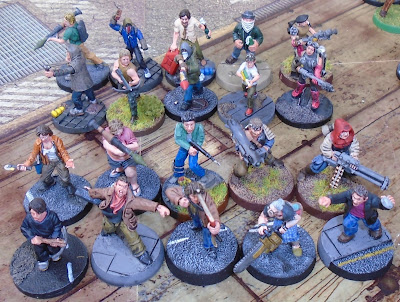 Fighting zombies in melee is not a long-term plan for any survivor.  These guys & gals have equipped themselves with some unorthodox ranged weapons, including:

I imagine that there will be a lot of different opinions about the utility of many of these weapons against zombies.  Or indeed against any type of target!

Regardless of their effectiveness, I have 20 models in this part of the collection. 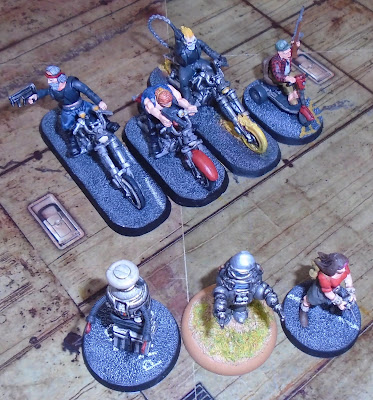 There are 7 models which I have loosely classed as "machines": 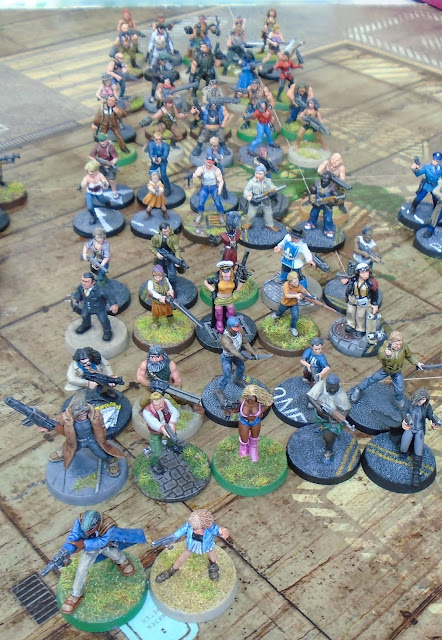 Unsurprisingly, the largest bloc within my survivors are people equipped with firearms.  There is a mixture of handguns, sub-machine guns, assault rifles and shotguns here.  These weapons are wielded by a wide variety of humans from the calmly efficient to the wild-eyed & nervous.

I count 57 miniatures in this section. 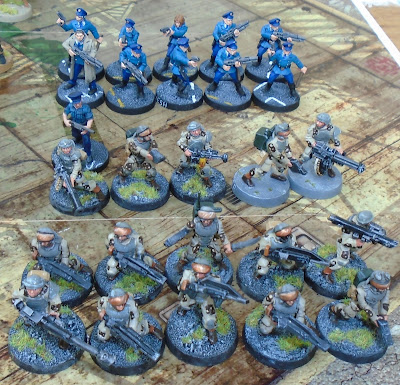 Last, but not least, are the boys and girls of the police and army.  The 15 military all wear body armour and carry some fairly heavy weaponry, whilst the 11 police are equipped more lightly.

When I add up the models from above, I come to the total of 197 miniatures.  This is more than the number of zombies in my collection, even if only just.

It does beg the question as to whether I could ever run a campaign with all these figures appearing at some point.  Perhaps any casualties would be put back away for good, being replaced by another, as-yet-unused figure?  The campaign would end when there were no more humans left (obviously!).  Hmm - I think this sounds a bit too ambitious to be achieved.

In any case, these numbers (of survivors or zombies) are just a snapshot.  I will often add new models to my collection - and Zomtober isn't that far away: I always try to paint some new figures for that!