Doctor Who and the Prehistoric Swamp! 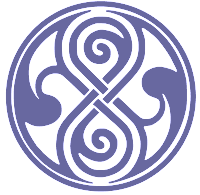 Normally towards the end of the week I would post a battle report that describes the game I ran on Tuesday at the Helensburgh Games Club.  In honour of the recent 50th anniversary of Doctor Who, we would be playing the Doctor Who Miniatures Game (DWMG).  However, this week I did something I've never done before - I forgot to take a camera along with me to the club.  Consequently, I won't be able to bring you the usual description of the game (no!).  Instead, I can describe the scenario I created and give a brief synopsis of the way it played out (hurrah?).


The Doctor and his companions are in the Tardis, chasing a stolen spaceship piloted by the Master through time and space.  They've travelled some 65 million years into the past and are approaching a primitive Earth covered with swamps and jungles, when both craft are fired upon.  It appears that they have stumbled into the middle of an unsuspected high-tech war!

The Master's spacecraft crash-lands and breaks up into several large (but scattered) chunks.  The Tardis is also forced down nearby, damaged and in need of repair.  Squads from the 2 warring factions are nearby, shooting at anything which moves!

The table should be liberally covered with a mixture of jungle and/or swamp, possibly with a river or two as well.  Somewhere between 6 and 8 pieces of crashed spaceship need to be added, preferably at least 1 move apart from each other.

Initially, the Master attacked the Doctor and tried to persuade the Cybermen to do the same.  However, the metal men just stomped forward, capturing the Master's bodyguard (who was later shot whilst trying to escape) and wounding all the characters in the area.  The Sea Devils lined up in the open to try to return fire, but were cut down mercilessly without even scratching the polish of their attackers.
By the time the Sea Devils had been reduced to 3 models, K-9 and the Doctor had found the new parts they needed.  The Master persuaded Sarah Jane to let him enter the Tardis and he was sitting there drinking tea when the Doctor returned.  There were some discussions: the Master suggested that they attack the cybermen from inside the blue box, whereas the Doctor was planning how to save the last few Sea Devils.
Withering and deadly accurate cybermen fire killed off the last of the Sea Devils, at which point the Doctor activated the Tardis and flew away with the Master, leaving the field to the victorious cybermen.

Result: Cybermen complete victory (only a single model was stunned; apart from that they took no losses)!  Both the Doctor and the Master were wounded, as was Sarah Jane.  The Master's bodyguard was missing, presumed dead.  I'd give these guys a partial victory, as they did all escape.  The poor sea devils were exterminated completely and therefore have to be classed as a total loss!
Posted by Colgar6 at 12:17