Normally when I'm basing miniature figures, I use either the plain base that came with the model or I use a 25mm washer and some filler.  Either way, I then decorate the base a little with (usually) sand, gravel and a little static grass.  That's fine for most rural or wilderness scenes, but doesn't really portray town or city streets very well.

Many months ago, I purchased a mixed bag of bases from one of North Star's occasional sales.  At the time I had no particular need for them, but they were cheap enough for me to buy "just in case".  In other words, they were a bargain! 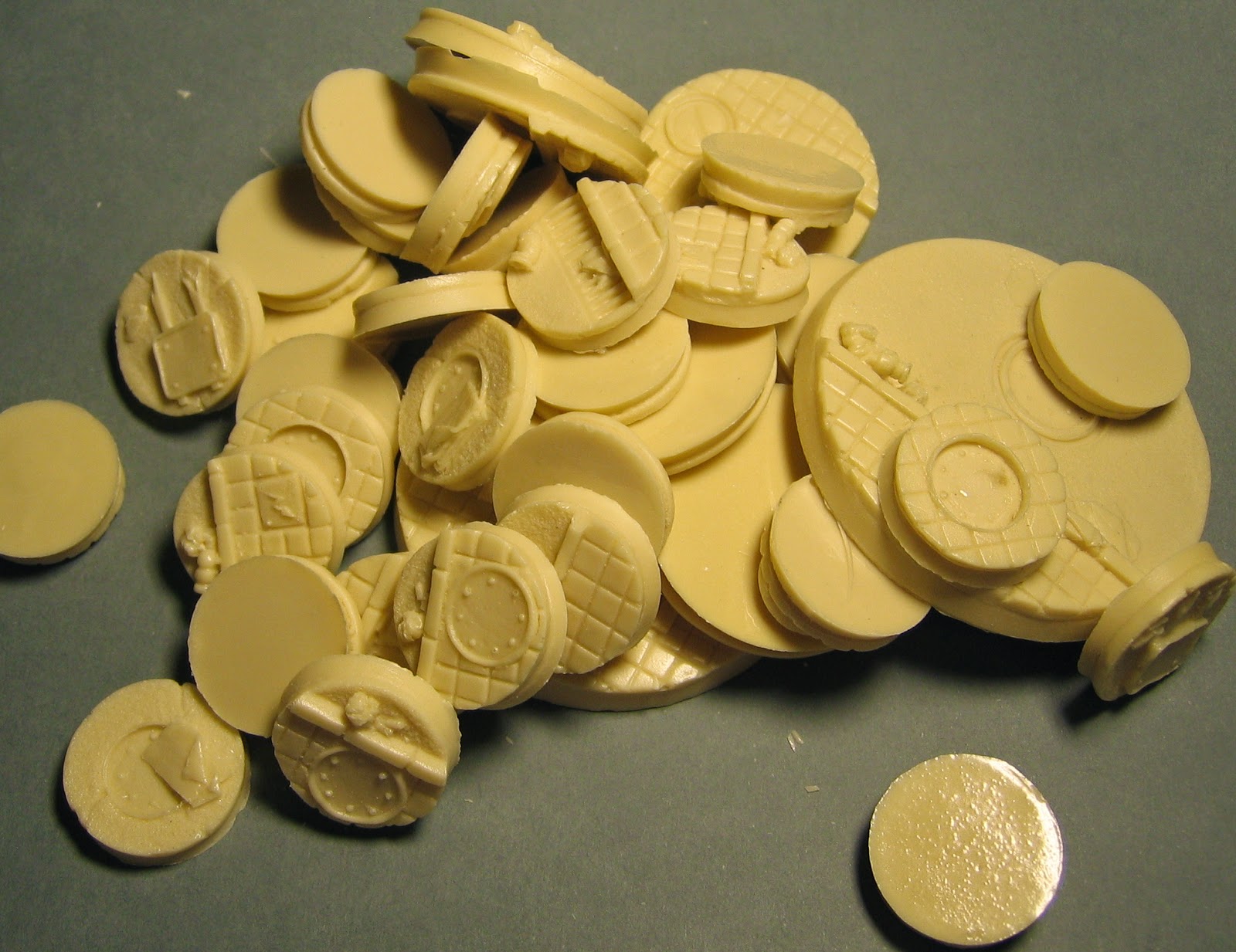 Now that I'm building some zombies and survivors as part of the Zomtober 2014 challenge, I've retrieved this bag of bases from storage and examined them a bit more closely.  So, what can I tell you about them?

Firstly, these are resin bases, made by Escenorama of Spain. 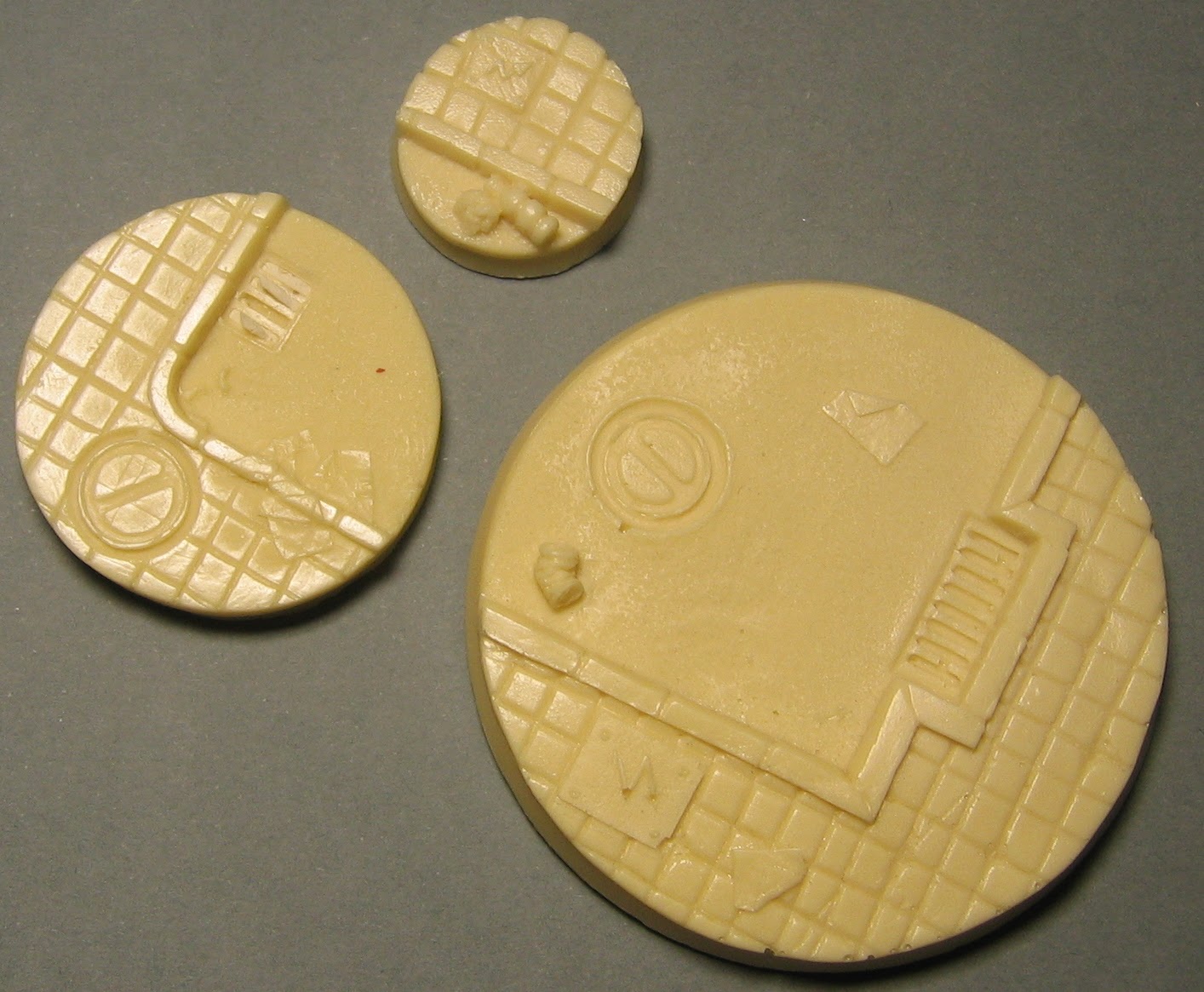 There are 3 different sizes of round base in the mixed set that I bought: 25mm, 40mm and 63mm (?).  I'm not sure if the latter are nominally 60mm or 65mm, but careful measurement suggests that they're somewhere in between.  As might be expected in such a variety pack, the smallest bases are more numerous than the bigger ones. 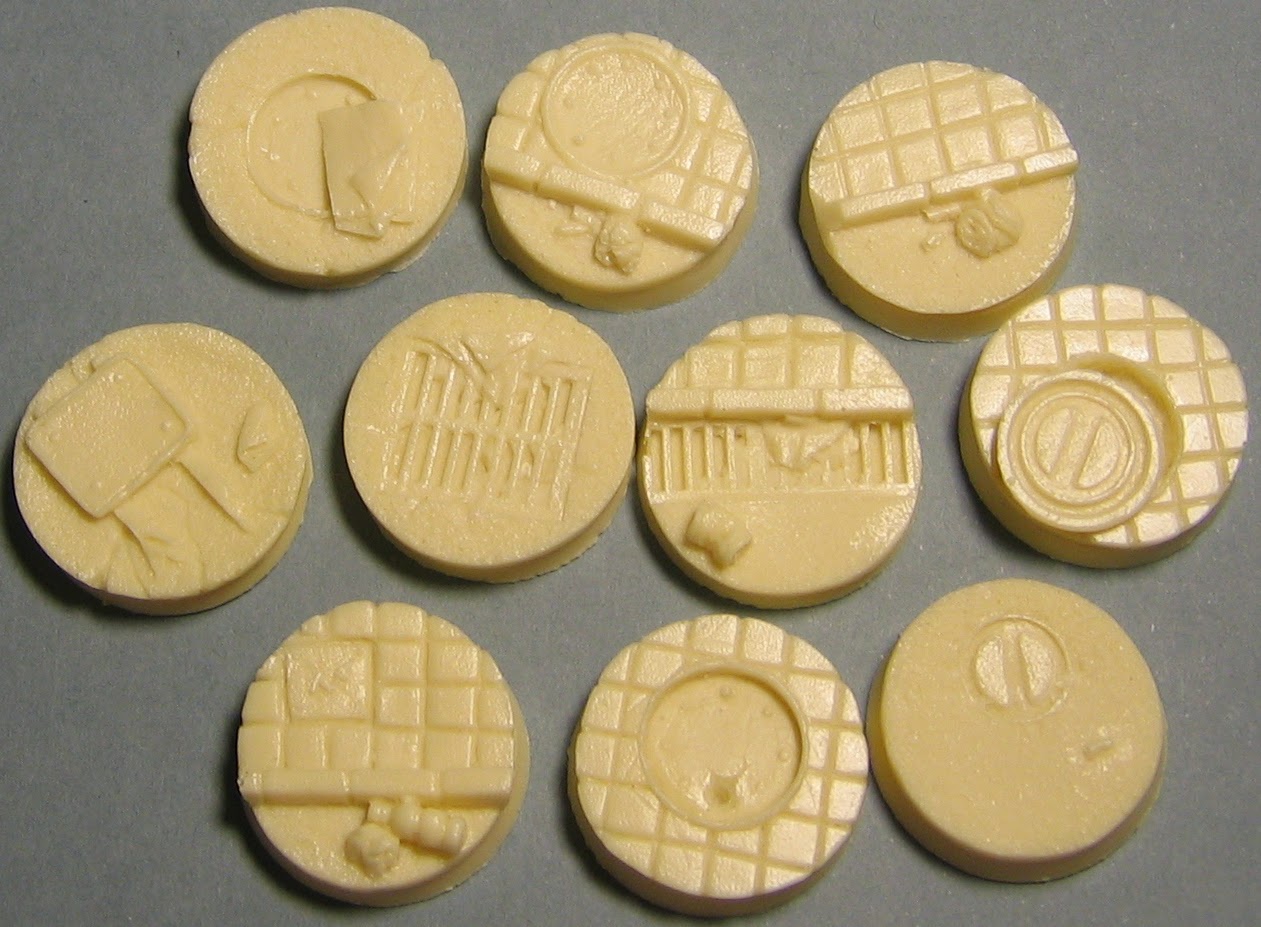 There is a very good variety amongst the bases.  Both of the largest ones are of different designs, the 40mm bases have several forms and I've discovered 10 distinct patterns amongst the 25mm bases.


Things that are less good

I haven't really got much to say here, but I feel that I need to put something otherwise this review will look a bit unbalanced.

These are perfectly acceptable accessories that will paint up well and add a lot of interest to suitable figures.  The full price may put some people off and the quality of manufacture is good rather than excellent.

This should be obvious, really!  Some of the 25mm bases will make an appearance as part of the models I build for Zomtober 2014.  You should be able to see the first of these in next Sunday's post, so stay tuned.

I'm less sure about the 40mm and 63mm bases.  I suppose that if I was using these for proper military forces then they'd be good for crewed weapons such as heavy machine guns, mortars or small anti-tank guns.  However I'm pretty much only using this style of base for individual skirmish games.  I suppose that I could use them for multi-based hordes of zombies or rioters?  The larger bases should be able to hold 10 or 20 shamblers easily enough...