Pulp: The Mad and the Bad

A little while ago (I thought it was but a few weeks, but it turns out to have been October last year), I showed my painted model of Herr Stengel, a sinister pulp Nazi villain.  Since then, I've finished off a few more pulp figures including some associates of his.  Today is the first day of the week where I've had good enough sunlight to take semi-decent pictures of them, so here they are... 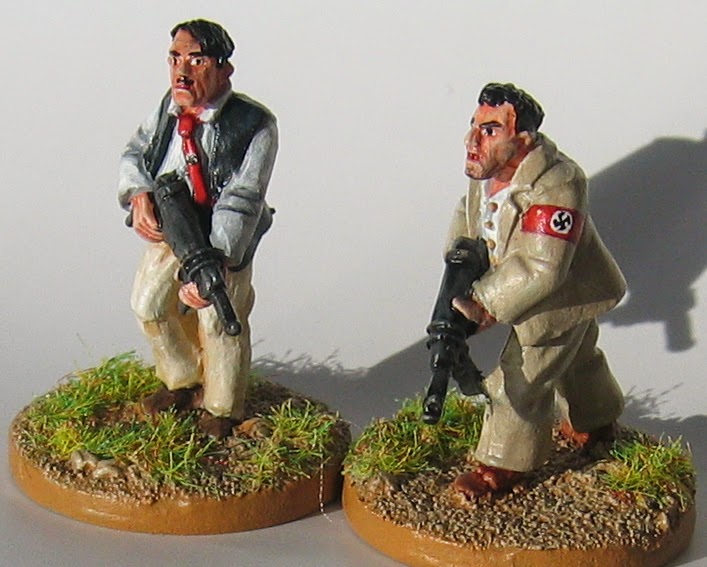 This is a pair of fairly generic 1930s or 1940s thugs.  The only thing about the models that really makes them "Nazis" is the German sub-machine guns they are carrying.  However to make their affiliation a bit more obvious, I've painted an arm-band on one and a "swastika" tie on the other.  Mind you, I think that the design on the tie may be a little too small to spot! 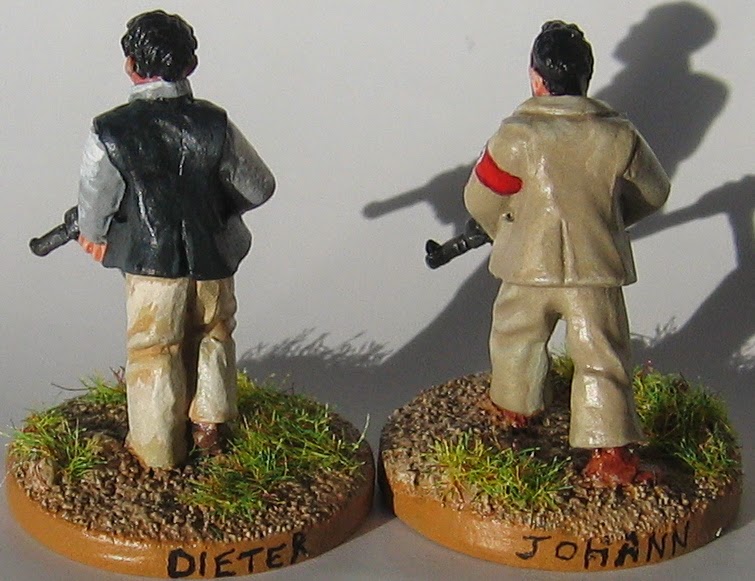 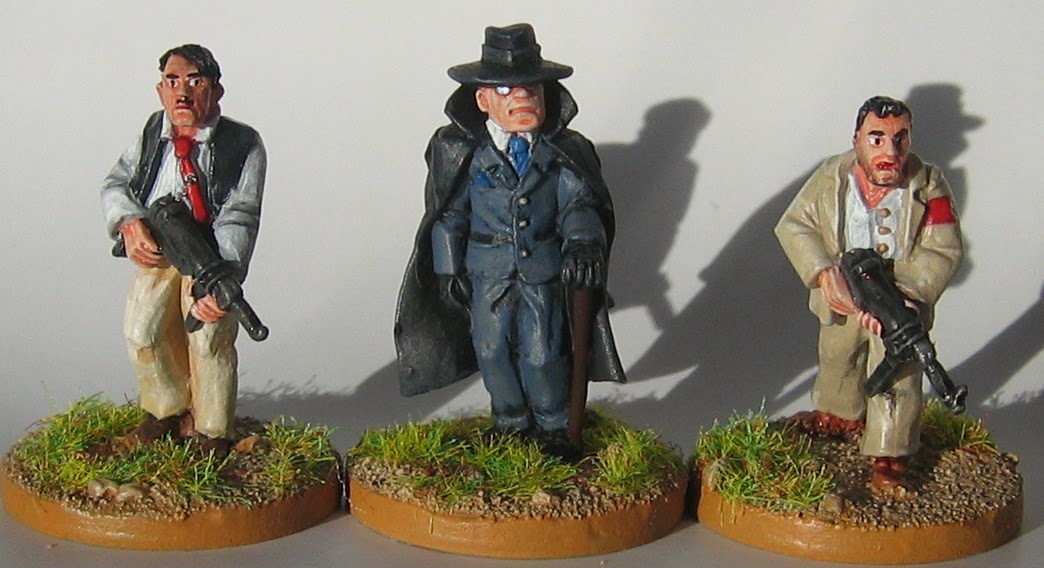 So, here they are with their boss, just ready to thwart some American archaeologist or British pilot/adventurer.  Good luck with that, boys!

I've also completed another Artizan figure, billed as "Mad Jack, the Lighthouse Keeper".  I liked the name so much that I kept it, though I did consider "Crazy Joe" as well.  I can just see him being the lonely caretaker for some semi-ruined building in a remote part of the Northumbrian coast!

Although I think it's unlikely that Mad Jack will fit into a scenario that involves Nazis, I might use him with Mystery Inc in a Scooby Doo game.  Alternatively, I could get out my Sea Devils and related Doctor Who miniatures; he'd be a perfect victim for these maritime pests!
Posted by Colgar6 at 10:19