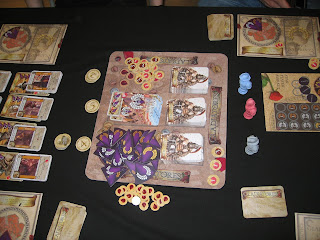 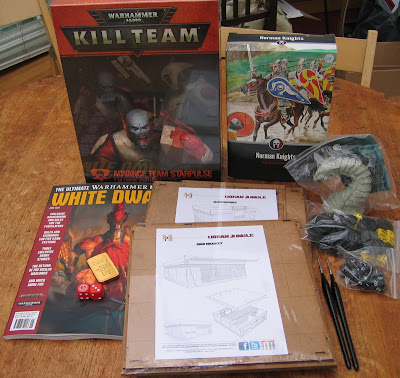 Finally, a loot picture (well, it's traditional, isn't it?).  So, we have:
So, overall it was a good day out.  A bit hot and stuffy, but that's just the time of year and can't really be helped.  If Glasgow Games Group run this show again next year then I will certainly try to be there!
Posted by Colgar6 at 22:33 6 comments: