"All My Zombies" - it sounds like the title of a not-so-good sitcom, doesn't it?  No, I haven't entered the business of television script writing.  Rather, there is a completely different reason for this post.

A few weeks ago, someone asked on TMP (The Miniatures Page) "How many zombie models does anyone have?"  Glibly, I answered that I hadn't counted but that my collection must be at least several hundred.  Well, I was feeling a bit guilty about this lack of accuracy and so I decided to conduct an inventory to find the correct answer.  It turns out that I don't have as many as I thought - but it depends!

What Counts as a Zombie Model? 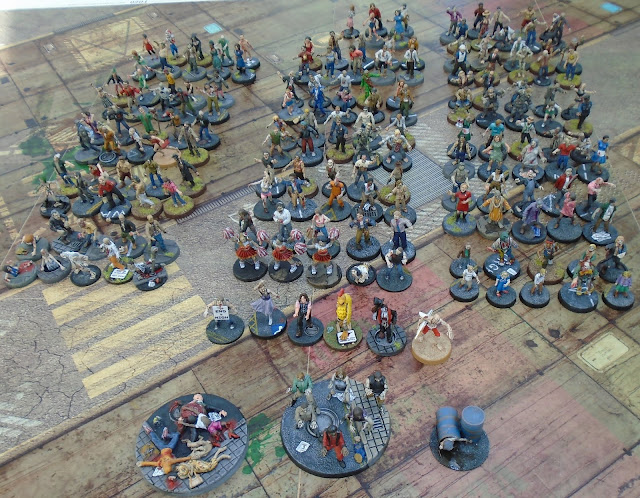 It might sound like a silly question at first, but I need an accurate definition of what constitutes a zombie model.  In many cases it is very obvious, I think - but before you start laughing at the question please consider these cases: 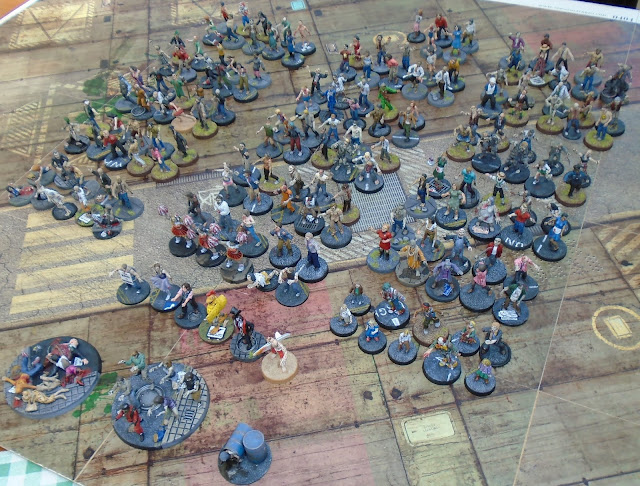 In this picture, I've arranged all my modern, zombie-apocalypse-style models in groups of ten, with a few "character" zombies and mini-dioramas at the front.  Here's how I count it:

If I've done my sums right, this gives a grand total of 178 zombies.  Note that this is not quite "several hundred", as I had initially claimed.  If I include my fantasy zombies as well then this must add another 20 or 30 at the very least (there I go again, making assumptions without actually checking!) - still not enough for "several hundred".

Well, the only possible conclusion is that I should check the facts before making vague claims.  This has caught me by surprise as I could have sworn that I had the numbers I had said.  Oh,well, I guess I was wrong.

So, let's sign off with another picture of the horde, this time from a different angle.  It may not include "hundreds" of figures but they still look scary to me!