I've been a bit quiet on the blogging front for a couple of weeks.  That's because we were away on holiday for the first week of our children's Easter holiday and then I've been catching up with work &c for the second week.  For what it's worth, we spent our vacation in southern Aberdeenshire.  The weather was glorious: we spent 7 hours or more walking each day, becoming very tired and a bit sunburnt in the process and found over 100 geocaches.  But you probably don't want to hear about that.

I imagine that my audience are primarily wargamers, military modellers and the like.  What can I tell you about our travels that might interest you?  Let's see... 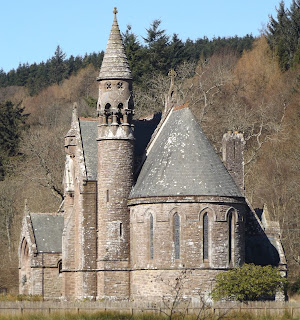 This architectural marvel was situated just a few minutes away from where we were staying in Glensaugh.  It's near Drumtochty Castle and is a very unusual shape for a Scottish church.  The next time you're tempted to make a model of a rectangular or cruciform church, remember that you can have curves, towers and turrets as well!

In the small hamlet of Bridge of Dye there are 2 pillboxes of World War II vintage, one on either side of the road.  They're ideally placed to guard the nearby bridge, which is one of the few places in the area where the local river might be crossed.  So far, so good - but there are some things which puzzle me here:


I suppose that it's possible the stone blocks would help with camouflage by making the pillboxes appear to be part of a garden wall.  Or maybe concrete was in short supply in wartime and was reserved for more strategically important locations?  Perhaps these were used for training (where the east/west facing and choice of construction material wouldn't matter), rather than being serious preparations against a foreign invasion?  Maybe they were even a misplaced folly built by an over-enthusiastic local commander or landowner?  I just don't know... 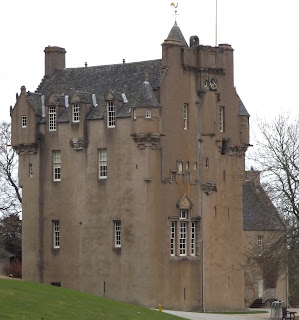 Some 25 minutes journey to the north of our apartment, near the picturesque town of Banchory, is Crathes Castle.  The core of this is a fairly typical, large 16th century tower house, though much extended at later dates.  It's owned by the National Trust for Scotland and has extensive grounds including a walled garden and lots of woodland. 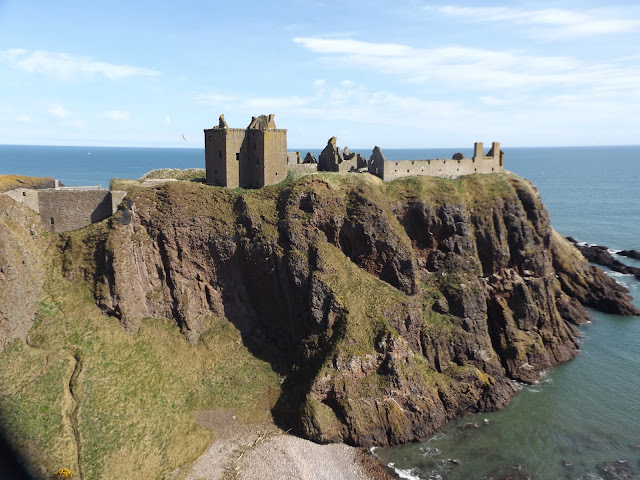 On the Aberdeenshire coast, just south of the town of Stonehaven, we visited Dunnottar Castle.  As you can see from my picture, this is now a ruin, but in its day it was a strong fortress in a very imposing location on a near inaccessible promontory.  Probably it's most famous achievement was to protect the Honours of Scotland (crown, sword and sceptre) from Cromwell's army.  The castle only fell after a siege of 7 months, but before then the honours had been smuggled out and were hidden in a nearby kirk (church).

Finally, we found another pillbox.  This time it was located on the coast at Inverbervie, over looking a river mouth and beach.  There are also a number of tank or landing craft traps stretching away from the pillbox and on the other side of the river; these were surprisingly large (maybe 1 metre in each dimension?) and still in very good condition.  Sadly, the pillbox itself had a lot of litter in and near to it: discarded drink cans, broken glass and the like.

If castles are your thing then Aberdeenshire is something of a paradise!  There are many, many such buildings, including medieval ruins, stately homes and everything in between.  If you can get the right weather then I would highly recommend this area for a holiday.  It's also good for walking, cycling and other outdoor pursuits.

For what it's worth, we stopped briefly at Doune Castle (famous for the filming of Monty Python and the Holy Grail, amongst other things) in Stirlingshire on our return journey.  However, we didn't go inside as this was just a quick break to walk the dogs - you'll have to wait for another time to hear about this one!
Posted by Colgar6 at 21:31