Did you know that it is possible to buy plastic bonsai trees?  I didn't know this, at least until very recently. 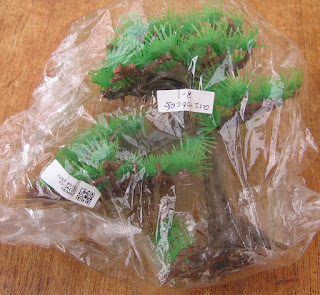 It went something like this: I was wondering how I could model a large, solitary tree for my African games (probably Congo and/or Pulp Alley).  I'm thinking of the sort of thing that frequently provides a focal point in the savanna, something like an acacia or baobab tree.  For whatever reason, my mind skipped from scale model vegetation to cheap, "fishtank" grasses and shrubs and from there to larger pieces.  A quick Internet search and I had discovered imitation bonsai trees!

It turns out that there is at least one Chinese company which makes fake bonsai trees.  I saw these on eBay, put in an order for two of them and waited for the postman to arrive.  In due course, this occurred.  Here's some things about plastic bonsai trees:
So, what could I do with this? 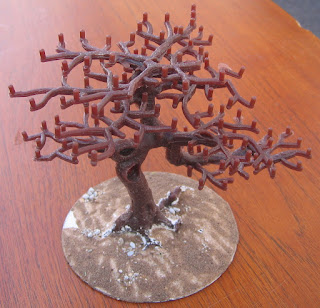 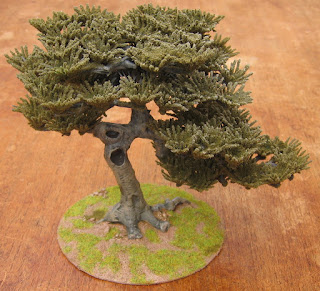 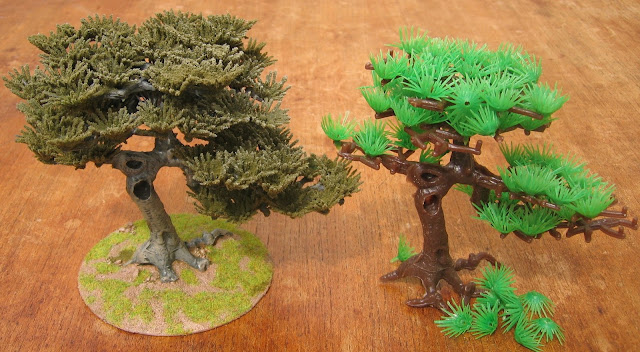 This was a very cheap and relatively easy model to build, at least when using glues and paints that are designed to work with soft plastics.  I think it will be a useful addition to many of my games tables.

Of course, I did buy two of these trees, so I have another one to build as well.  I'm going to try some surgery on the second one, to reposition one of the branches so that the 2 models don't look completely identical.  How hard could this be?