2 Elements for Hordes of the Things

Here's a quick, simple post.  I've not managed to finish many models this past week, but on display are a couple of elements for new or intended Hordes of the Things armies. 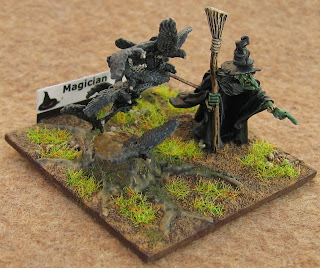 First up is a magician general.  She's the Wicked Witch of the West, for the army of that name (from "The Wizard of Oz", of course). 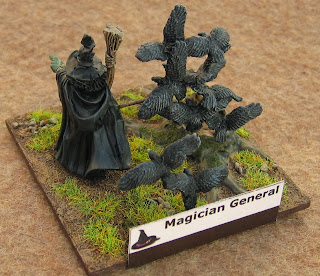 The witch herself is one of the 28mm "GHW0007 Storybook witches" from West Wind Productions.  The crows are slightly-modified, but based on Reaper's "03479: Murder of Crows".
Note that I've had to add a piece of wire between the witch and the large flight of birds to stabilise the model.  I've attempted to make this merge with the base colours, but I'm not totally happy with the result.  However, I don't see what else I could have done - the crows were too fragile otherwise. 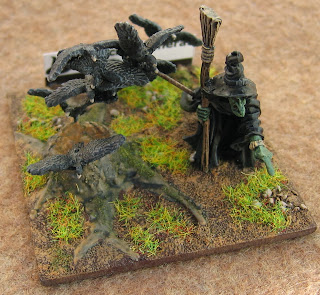 I've chosen to base the witch's appearance and colouring on the movie version of The Wizard of Oz, rather than the original illustrations from the book.  However, her army will be derived from the book, where the witch sent successive swarms of creatures to torment Dorothy and her companions.

This is what I've planned so far: 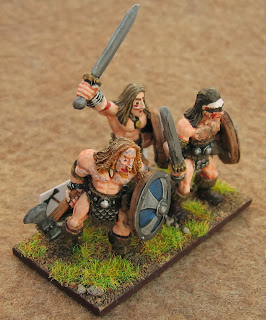 Last Christmas, about 10 months ago, I was given a barbarian army by my wife and family.  That is, I ordered it and they took it off the postman, wrapped it up as a present and gave it to me on the day.  Progress on these has been slow, but I did recently complete the first element - a warband.  Here it is! 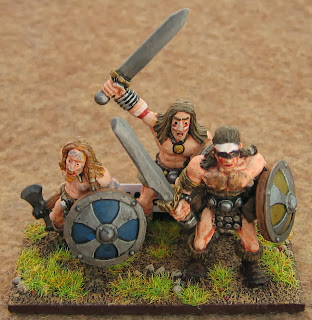 All the elements for this army have been built and all have the flesh painted (that's a mighty lot of pink!), but the time-consuming part of putting on the details has been slow. 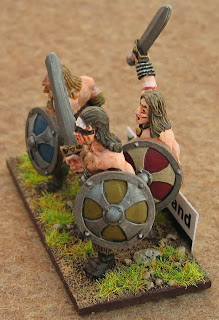 These models are all from Black Tree Design.  Note that they sell 2 barbarian ranges and both appear together in the "army packs".  The figures on display here are huge; they're easily 31/32mm from base to eye, whereas the other range is closer to 28/29mm.  I've split them so that the smaller models will form hordes of youths, while the bulkier "adults" will form the main warbands and so on.