Today's post will be a quick one; I'm running out of time (again!).  A combination of trying to do a bit more painting and also spending a little more time with the kids has resulted in me not spending much effort on blogging in the last week.  I'm still reading everyone else's posts, but sometimes I don't get round to commenting; please don't take this as a sign of  lack of interest.

As well as all the other loot that I brought home from Salute 2014, there was a packet of Vikings from Wargames Foundry.  I'd been thinking of adding some larger-than-life figures to my Saga warbands for some time and Svava's Warrior Heroes fits the bill nicely.

First up is the eponymous Svava.  I wanted to have a shield maiden in my collection and this is one of the more plausible female armed Vikings amongst Foundry's offerings.  I've no idea whether a woman warrior was at all likely in the Dark Ages, but SAGA has a mythic quality to it so I don't feel at all constrained by historical accuracy!  Like all my SAGA models, she's been given an authentic name: I'll be calling her "Helga". 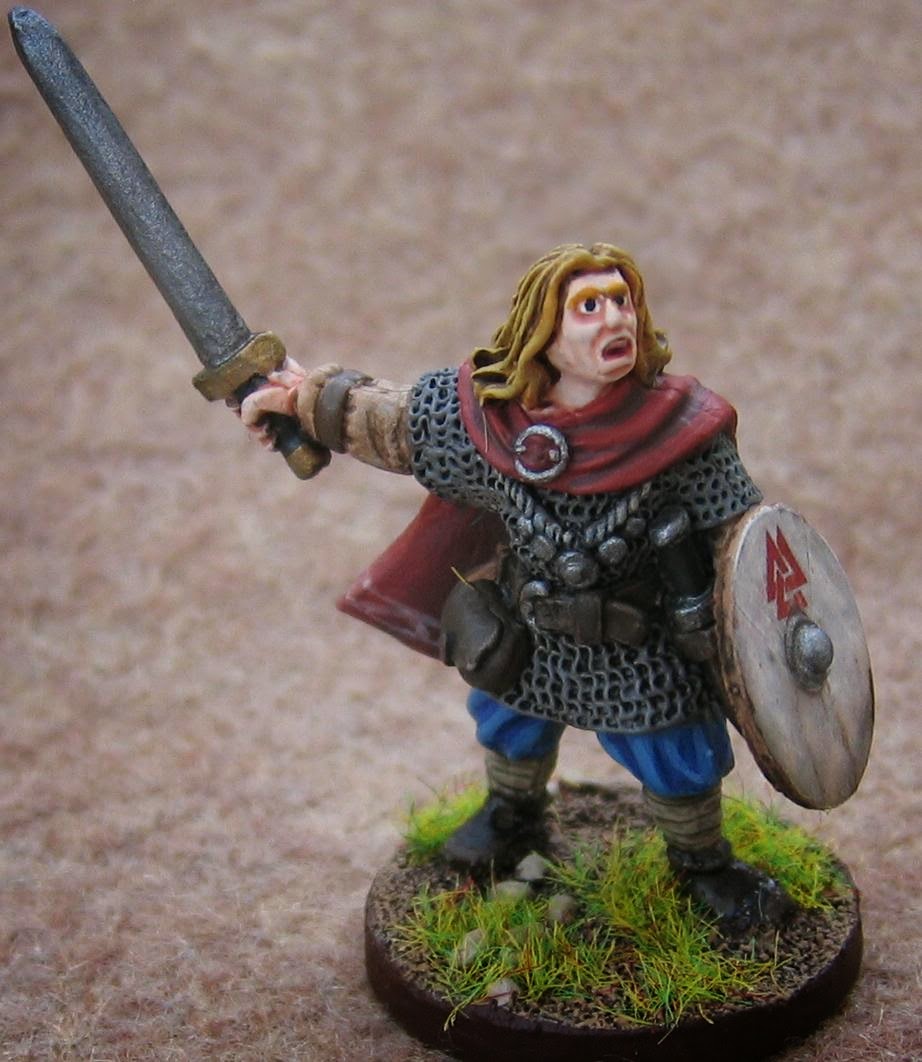 "Freki" is next.  He's a big lad; easily a head taller than most of my other 28mm figures.  Personally I think he looks rather gormless as well, but I don't think there are many who would say that to his face! 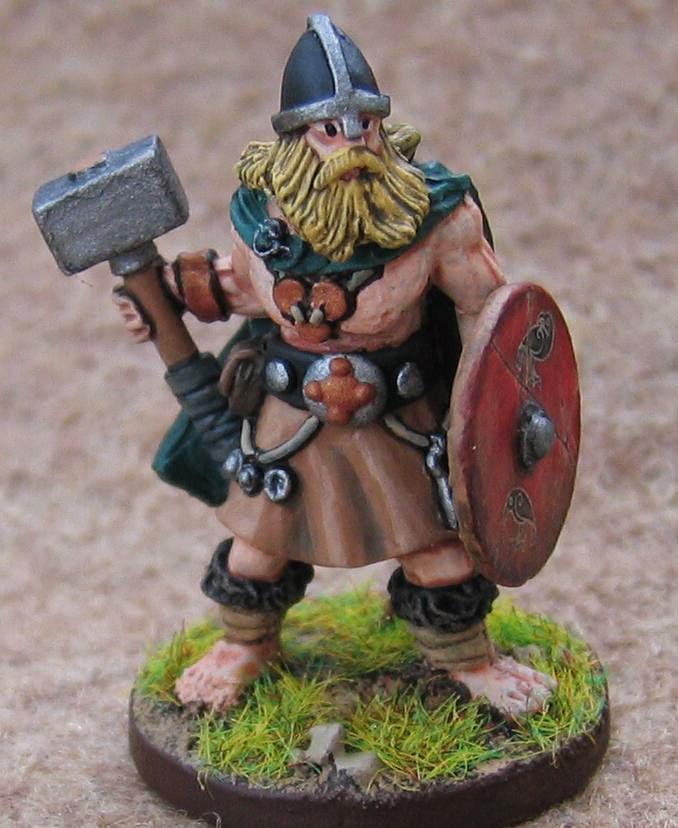 "Drott" is somewhat unusual for a Viking since he isn't wearing any shoes or trousers.  He's also armed with a very large hammer, so perhaps he is a fan of Thor, the thunder god.  Anyway, he looks very strong and quite ferocious!

The Svava's Warrior Heroes pack contains a total of 6 figures.  So far I've only finished these 3; they're probably the models I like best.

So, that's enough for now - I've got to get dinner ready, paint some scenery, spend quality time with the spouse, think about how to convert harpies and so on (not necessarily in that order, though...)
Posted by Colgar6 at 15:45