Survivors, Vikings and a lot of Bull!

Once again, I've nothing much to say - so I'll show some pictures of recently-finished models instead.  That's what you all like, isn't it?  It is, isn't it?

OK, I've been fairly productive in the last 3 weeks or so.  I'm steadily working my way through my haul from Salute, mainly because I just can't face seeing any of these unpainted by the time the next show or birthday comes around.  A few older models have also made it off the construction line; I'm quite pleased at the diversity I've achieved.  So far, I'm obeying my self-imposed rule of "once on the painting table, only completed models may be removed".

I'm also making good progress on the Amera "Ruined Temple" that I picked up recently.  It's not going to be a temple, though - but you'll just have to wait a bit longer to see what I've done to it! 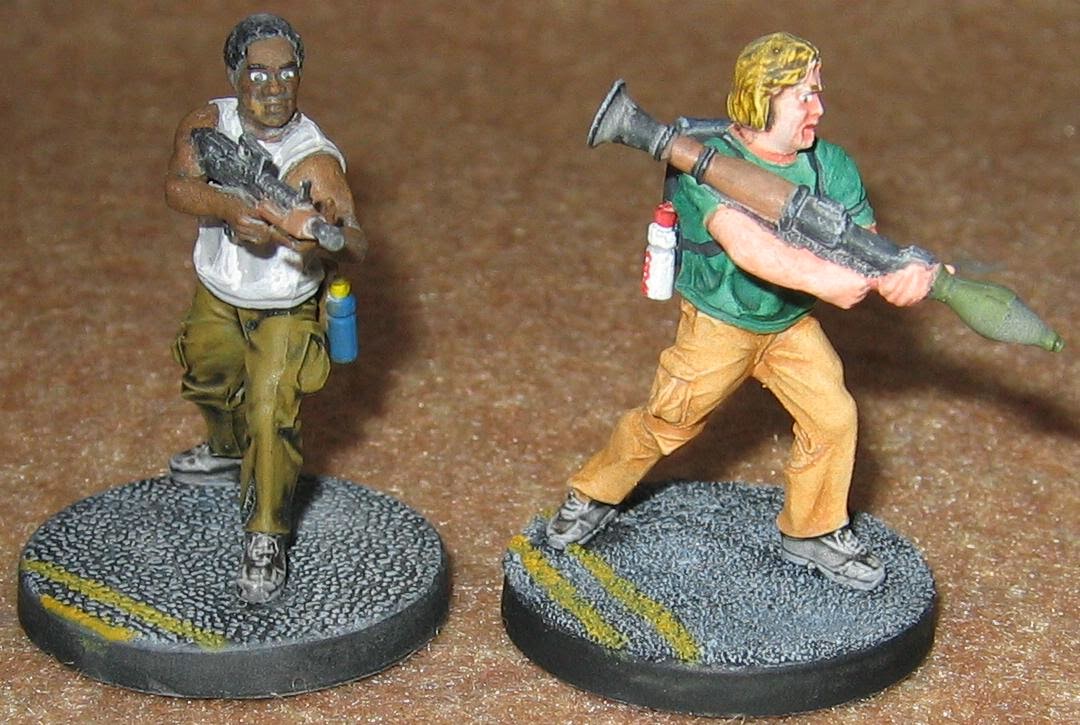 Here are a couple of apocalypse survivors from the Wargames Factory set; I've called them "Trevor" and "Chris".  Trevor holds an assault rifle and is unconverted, straight out of the box.  Chris has a rocket launcher from the sister set (!) of Women apocalypse survivors but is otherwise a simple build.

I've just realised that both of these figures have been made from the same body pose.  I'm quite surprised at how well this is hidden; the models really do look quite different to me. 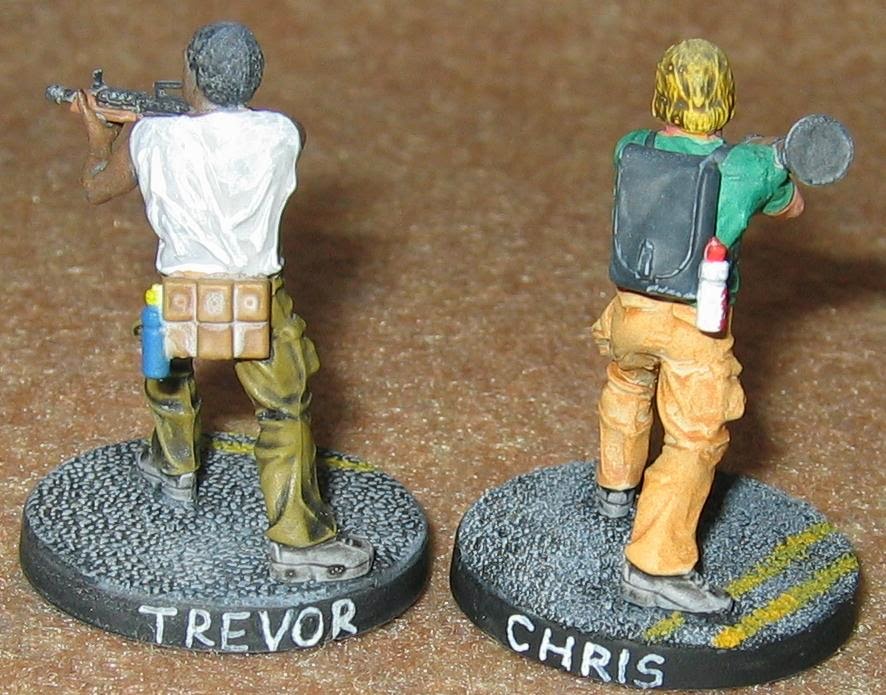 Trevor and Chris are slightly better prepared than many civilians: both men have backpacks or pouches as well as drinks bottles.  Not many people know this, but dehydration can be a major problem in the middle of a zombie outbreak.  A sports bottle could save your life!

There's something not quite right about the finish on this pair of figures; I wonder if my varnish wasn't behaving itself when I sealed them.  What do you think? 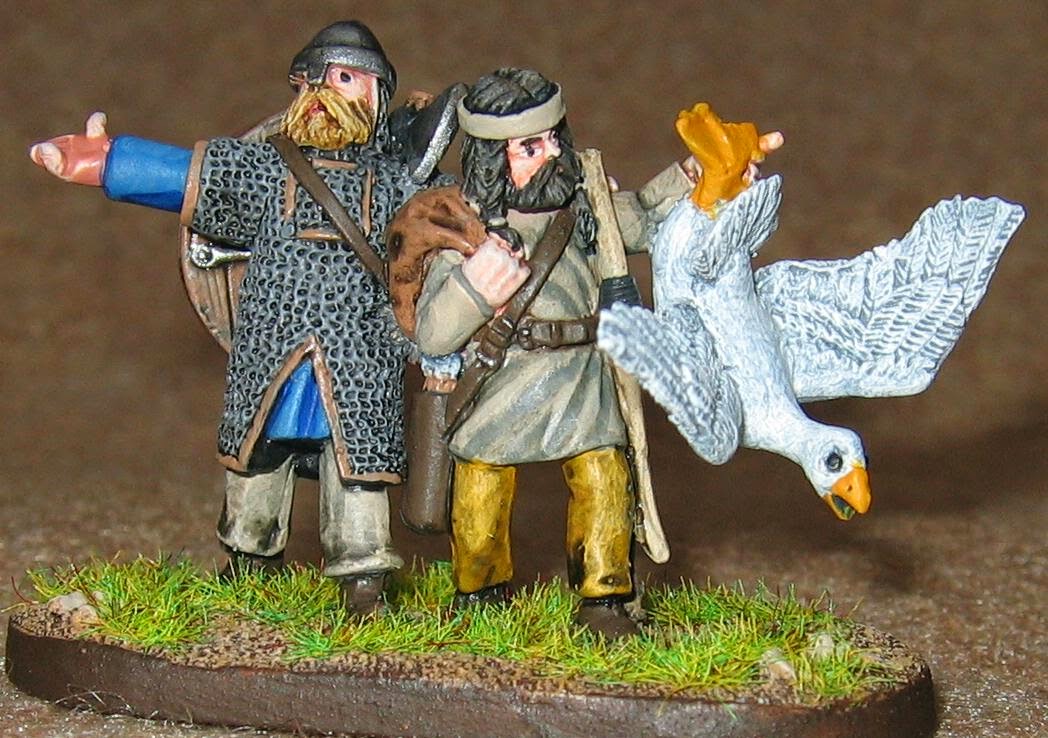 Now here's a pair of Vikings who have been raiding and pillaging!  Quite successfully too, I'd say.  They're from Dixon Miniatures and are made as an inseparable pair.  It's quite a complicated moulding and although otherwise well cast, the right-hand figure has lost the top of his bow.  I did try to glue it back, but butt joins of very narrow pieces don't have much strength and the repair didn't hold. 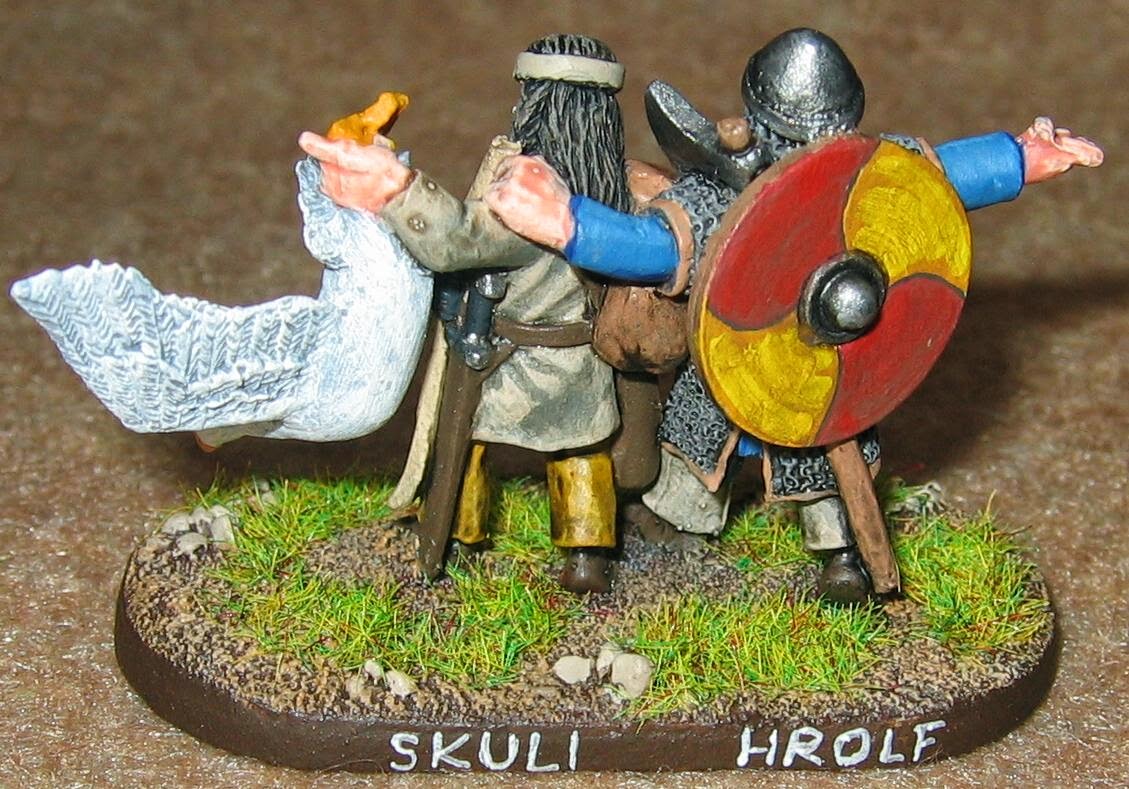 Apparently, white (domestic) geese have existed since Roman times and were much sought after.  I don't think they'd taste any different when cooked though - and I imagine that is the fate awaiting this bird!

Notice how Hrolf, the richer guy (with chainmail, shield, Dane axe and brighter clothing) is doing all the celebrating whilst his lower status companion has to carry all the loot! 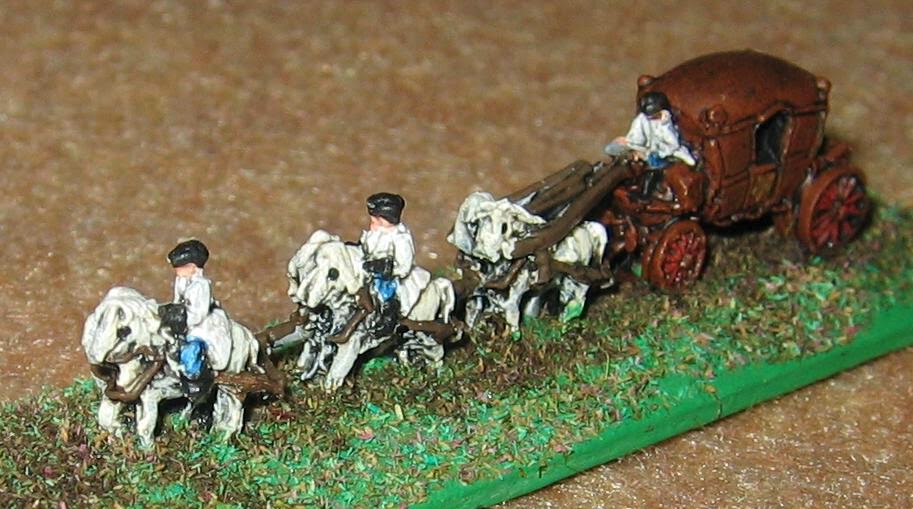 This is a bonus picture: it's a 6mm carriage that I bought from Irregular Miniatures (I think) many, many years ago.  The carriage sat around without any attention for a long time, but I finally decided to do something with it and I'm very glad that I did.  It wasn't the oldest unpainted model I have, but probably wasn't far off!

I think this will probably be used as the command marker for any exceptionally infirm or gout-ridden generals in my Austrian Napoleonic army.  I fully expect that any opponent will demand movement penalties for such a commander; I'll be sympathetic to such demands! 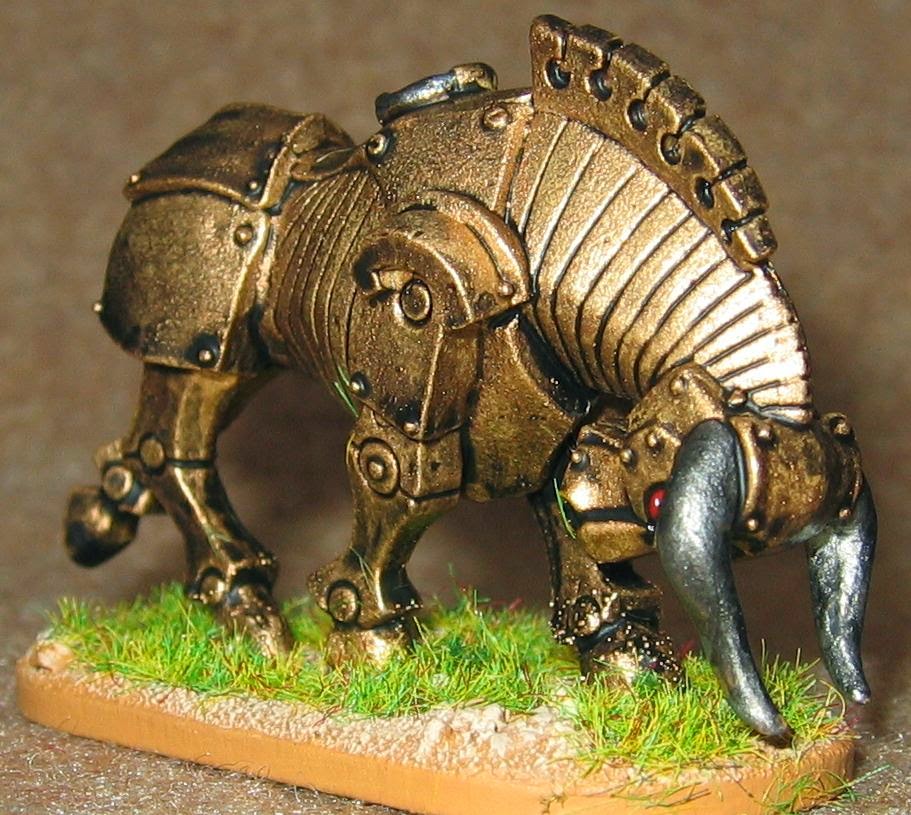 In the ancient world, the Brazen Bull was supposedly a torture device invented by Perillos of Athens for a Sicilian Greek tyrant.  Whether or not that can be substantiated, this Wargames Foundry model is clearly animated.  I suspect that it's been sent by one of the Greek gods to torment some poor hero. 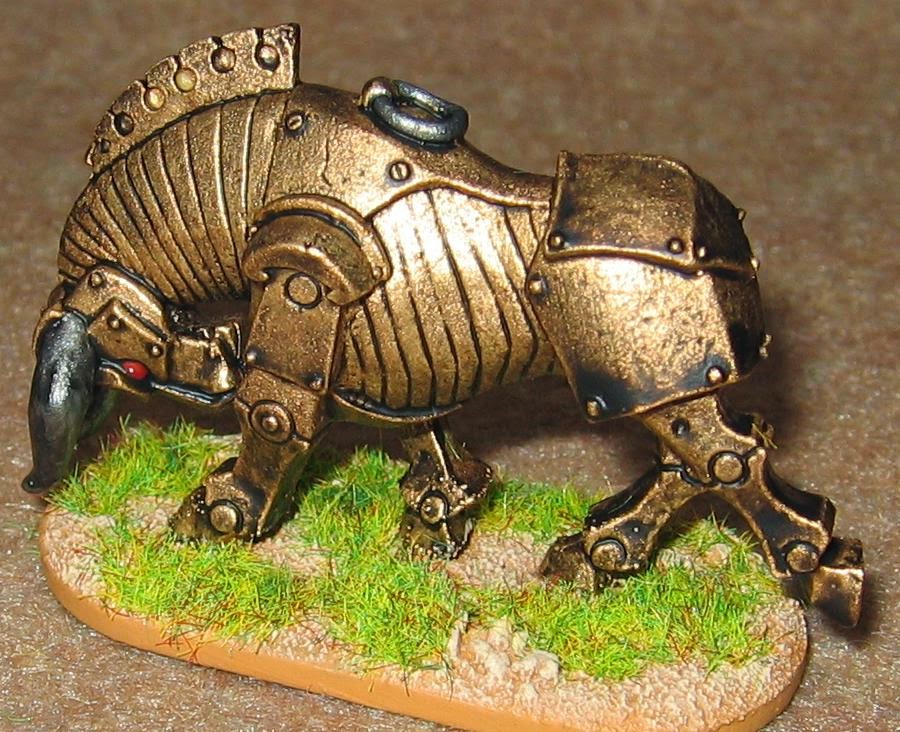 My bull will be used as an opponent for Jason and the Argonauts when I am eventually ready to play such games.  Typically such god-animated constructs are very difficult to beat unless you know the hidden weakness.  I wonder if the ring in the middle of its back is attached to a pull-cord?  Maybe that's the secret way to defeat this monster?

I'm quite pleased with the way the bull has turned out, but actually such models are really easy to paint.  The bulk of it is just a single colour and there are only a few details that needed to be added.