I've mentioned this before (here, for example) that I like to take paper models on holiday with me.  They're light and easy to transport, don't require a whole box full of tools or paints and can be built in small increments.  For these reasons, they're useful for filling some of those small periods of otherwise dead time that always occur when away from home.  Of course, I could just as easily have watched television or read a book and I did a little of that too.

It should be fairly obvious from the pictures below that I'm talking about small items here: vehicles and furniture rather than entire buildings.  These smaller pieces are often a chore when built in long bursts, but fit very well into the odd 10 or 15 minute period.

So, what did I make during this year's summer fortnight away?  Read on... 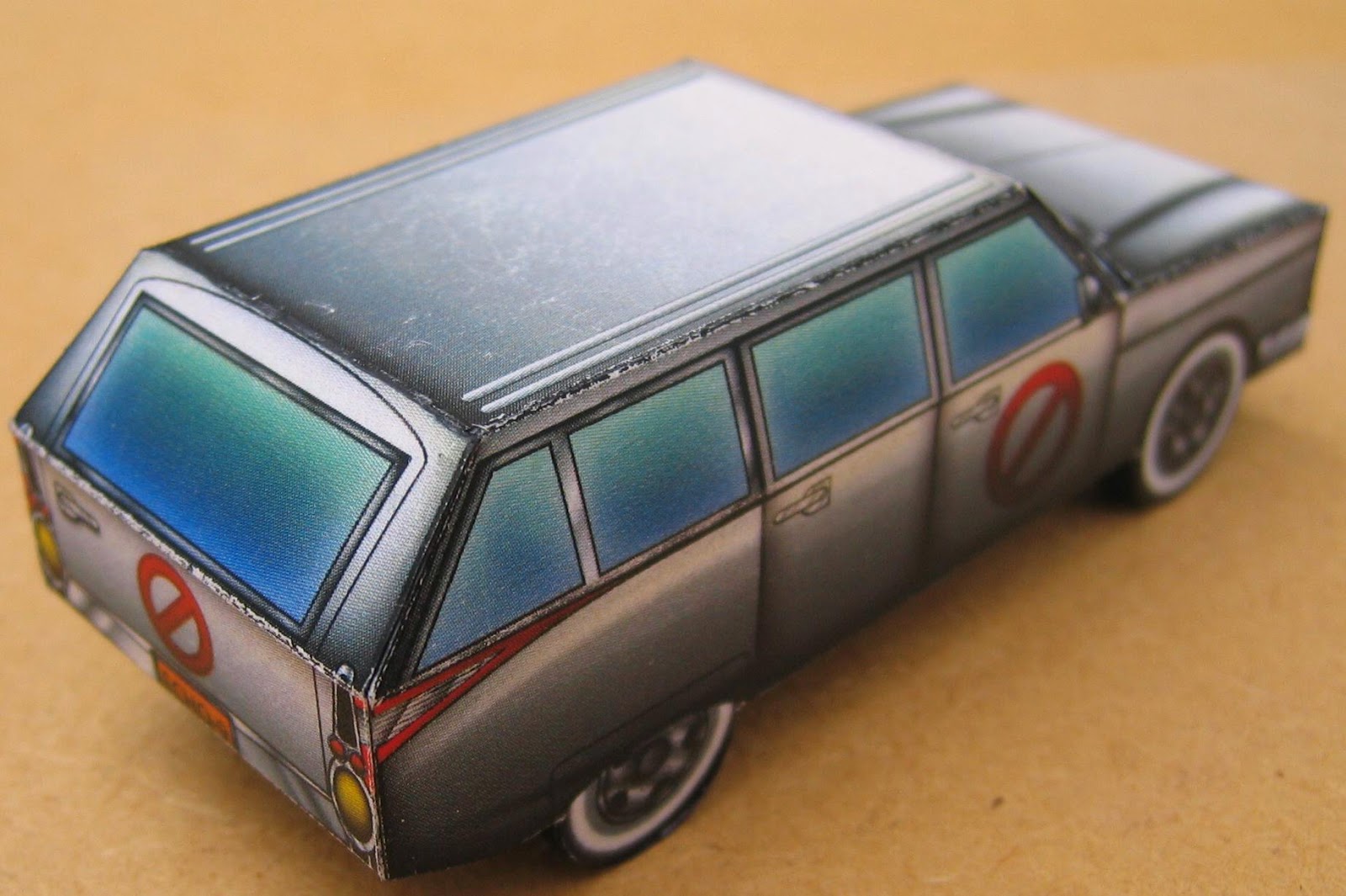 Most of the cardboard vehicles I have come from various WorldWorks kits (and I'm deeply regretting that I never bought the warehouse model with the 18-wheel trucks before they withdrew it!).  However, this pair come from Stoelzel's Structures instead.  They can be found in the Auto Park Playset, which has dozens and dozens of vehicles with it.  Admittedly many of these are repaints, but even so there are enough basic body shapes to populate a large freeway or two!

I already have many cars, so I only took 2 more such models to build on holiday.  The rusty saloon will be useful for games with gangers or as decoration for a slightly unsavoury part of town.  I really like the station wagon, though I can't help feeling that it needs some flashing lights on top.  Maybe I'll find a light-bar from another kit and add it to this one?

Incidentally, the Stoelzel's vehicles are very nice, but I have some issues with the curves where the windscreen meets the bonnet (for those readers in the USA, where the windshield meets the hood).  I can't get this joint to work smoothly; it always seems to end up as nearly a straight line, so maybe the kit would have been better just made that way in the first place? 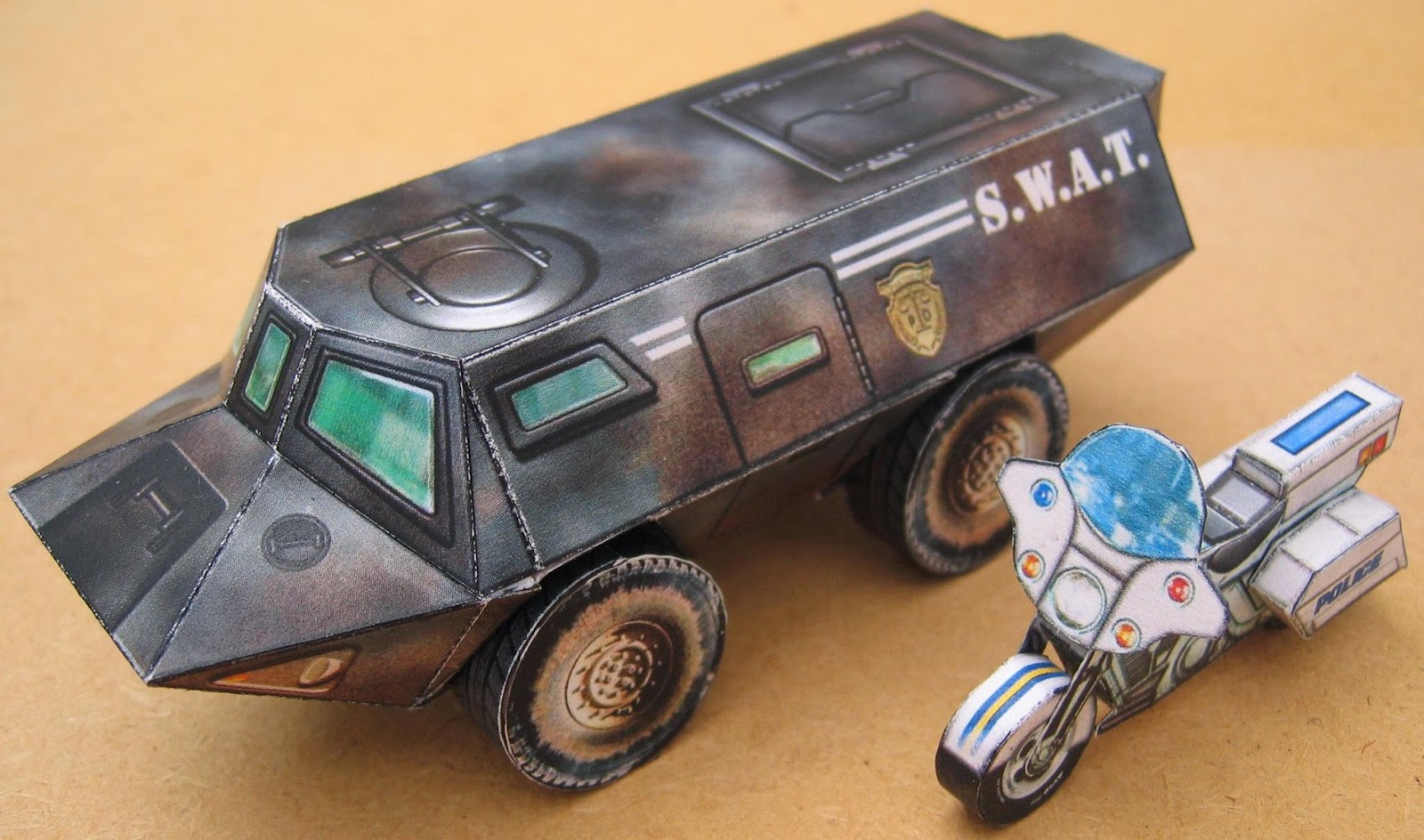 The SWAT armoured personnel carrier and the police motorcycle are WorldWorks kits, from the Mayhem Police set.  This is one of their older sets, but I prefer these over the more recent kits for the buildings.  All the newer WorldWorks structures use the TerrainLinX modular system, which is much more labour-intensive to build; it doesn't suit me at all.  Of course, props and vehicles aren't affected by this anyway (just buildings).

Despite the relative sizes, the SWAT truck was rather easier to build than the motorbike.  They're both more complex kits than a basic saloon or estate car, but the bike has a lot of components and they're mostly quite fiddly as well. 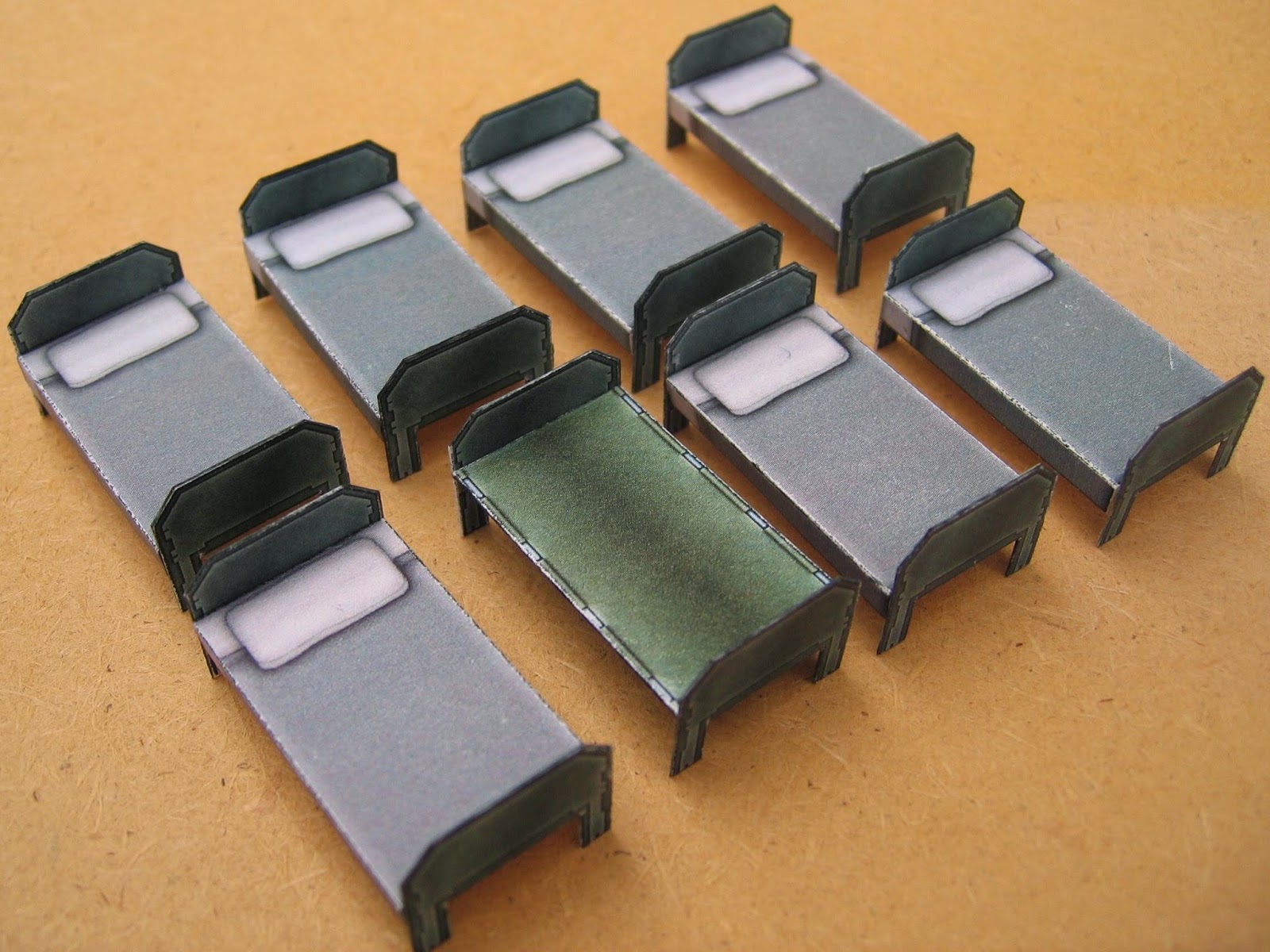 I've mentioned recently (here) that I am working on a hospital in which to set games of All Things Zombie.  Well, the shell of Ward 1 is about 80% finished (so only another 3 wards, canteens or operating theatres to go, plus entrance lobby, corridors, roofs, fire escapes and so on).  The Grekwood hospital kit provides the fabric of the building, (exterior and interior walls), but no furniture.  I could have bought the Grekwood bed models as well (they're very nice indeed), but I figured that the quantity I'd need would be rather extravagant.

Instead, I've started to build beds from the old Ebbles Miniatures Derelict 2 Megaset.  Ebbles Miniatures closed down some years ago, but I believe the kit can still be found in the archive section of the Genet Models catalogue.  Derelict 2 is really a collection of components for a SciFi spaceship or outpost, but the beds from the barracks will just about work for my hospital.  I'll still need to find some compatible models for a bedside locker and a visitor chair though.

As an afterthought, I also built one of the conference room tables from Derelict 2.  For a table, this is a surprisingly complex model but it fits together well and is quite robust.  I'm not sure that I'll need it in the hospital, though... 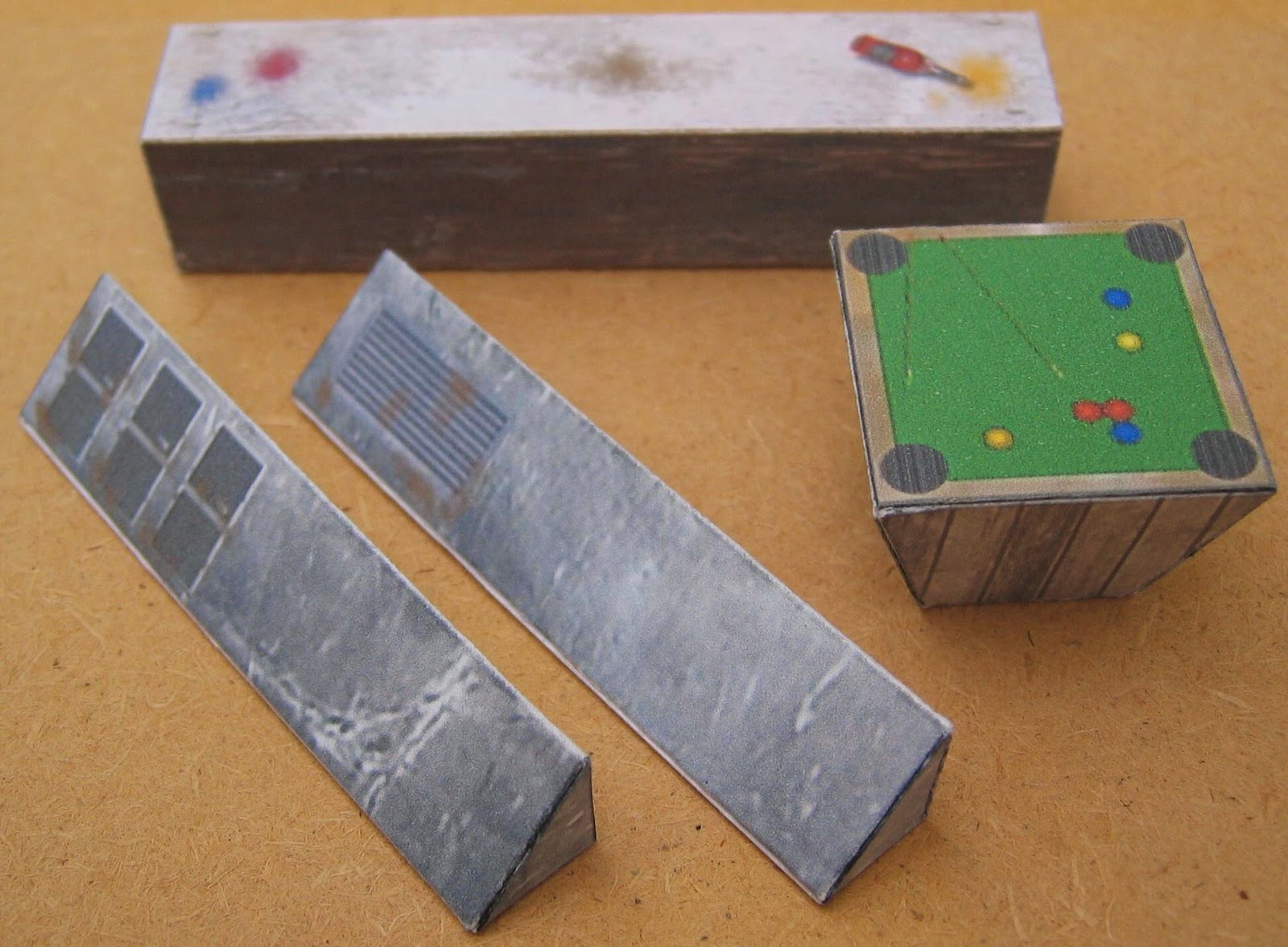 The final picture shows the fittings for Germy's bar.  I've had the printouts for this free model for a long time, but somehow it never made it to the head of the model-making queue.  I figured that if I built the furniture then maybe I'd find enough enthusiasm to produce the building to house it on my return from holiday.  So far that plan hasn't worked; the exceptionally hot weather has reduced my modelling mojo considerably!

Right, I've got to go and watch the opening ceremony of the 2014 Commonwealth Games now, so see you all later...
Posted by Colgar6 at 20:34