The Robots from Combat Zone

I've just realised that I missed my normal Wednesday post.  There's no excuse for this, save perhaps that the household is a little more chaotic than usual because the kids had their first day back at school.  These days, everything just seems like a blur; I wonder how I ever manage to get anything done... 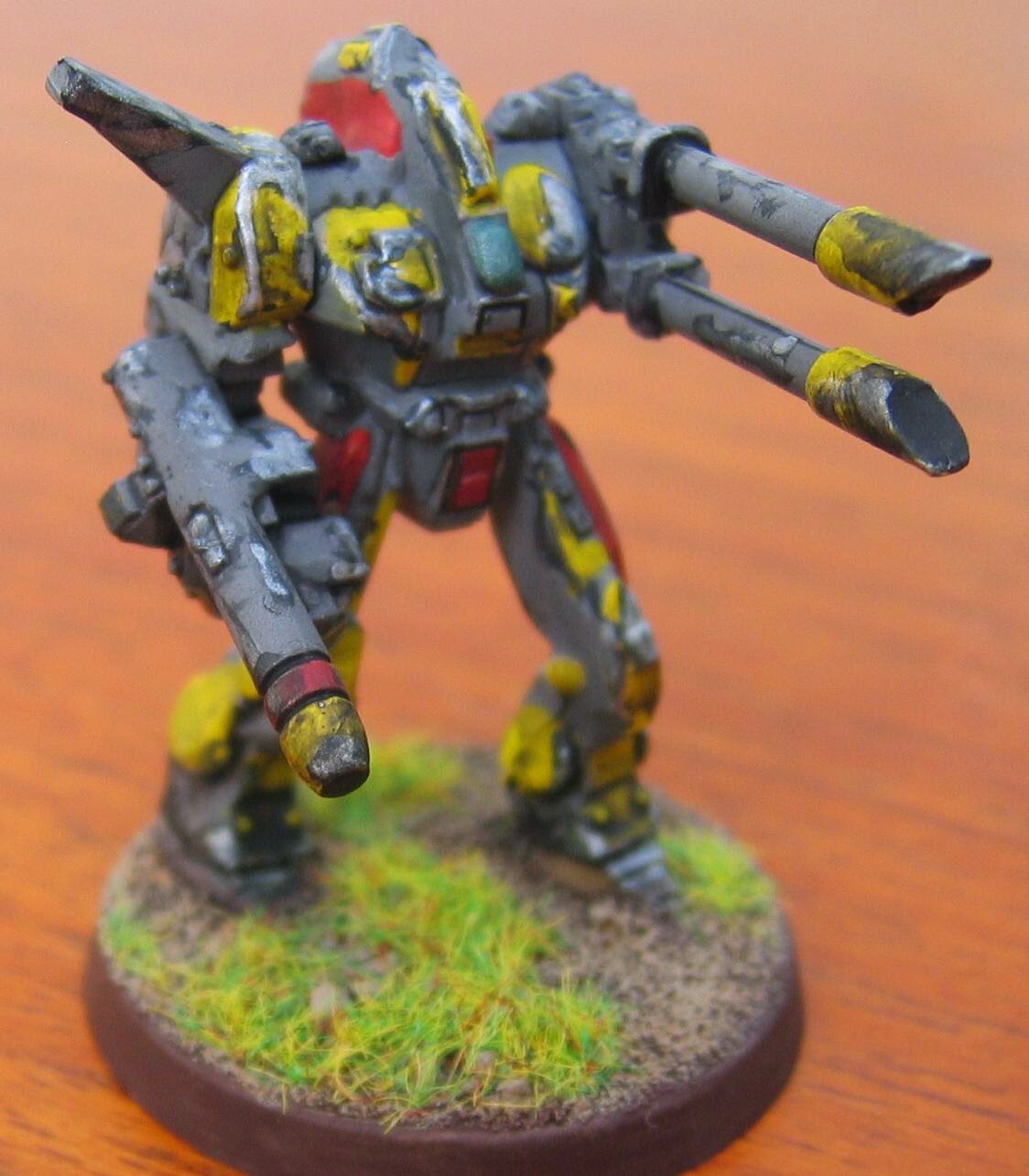 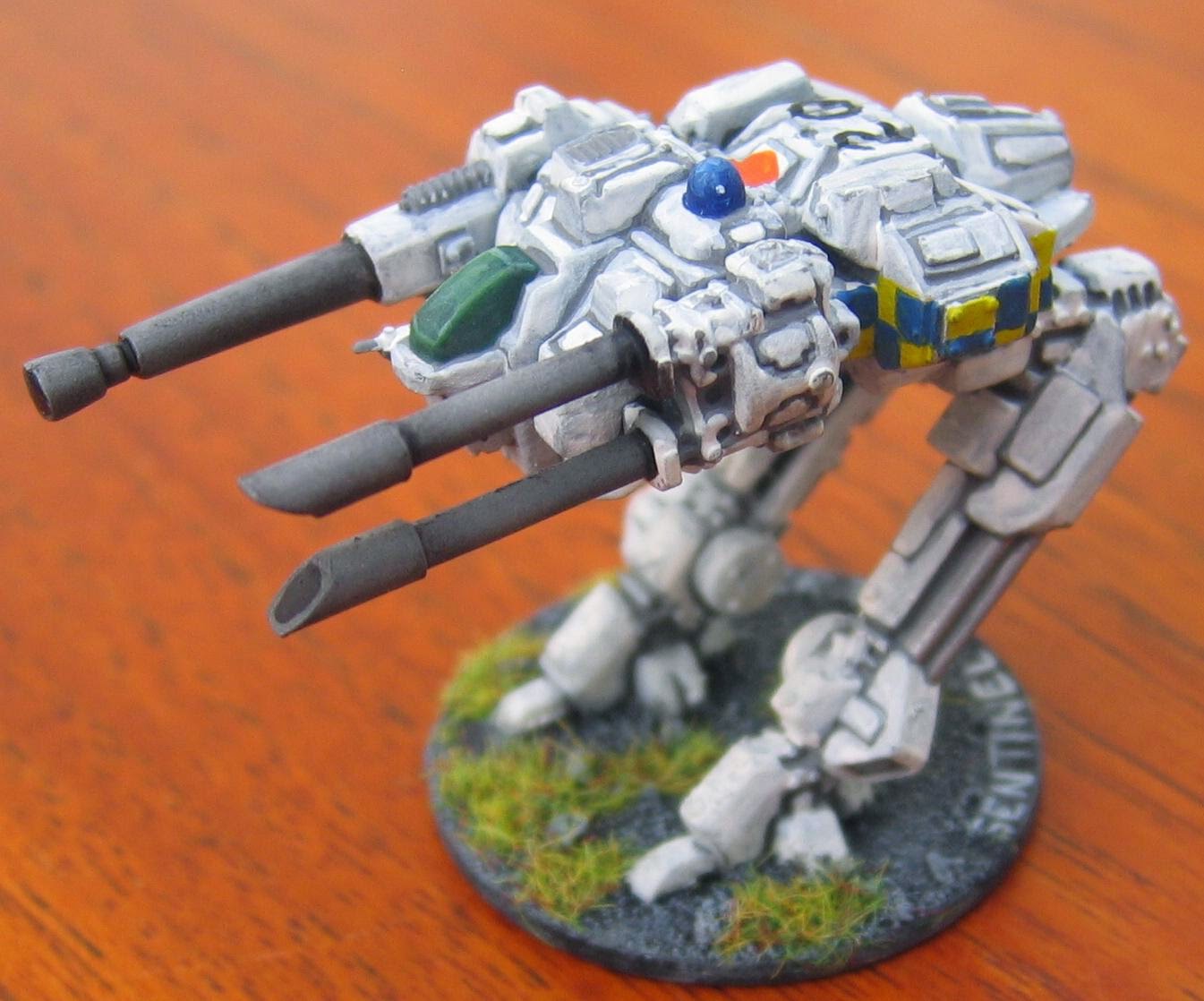 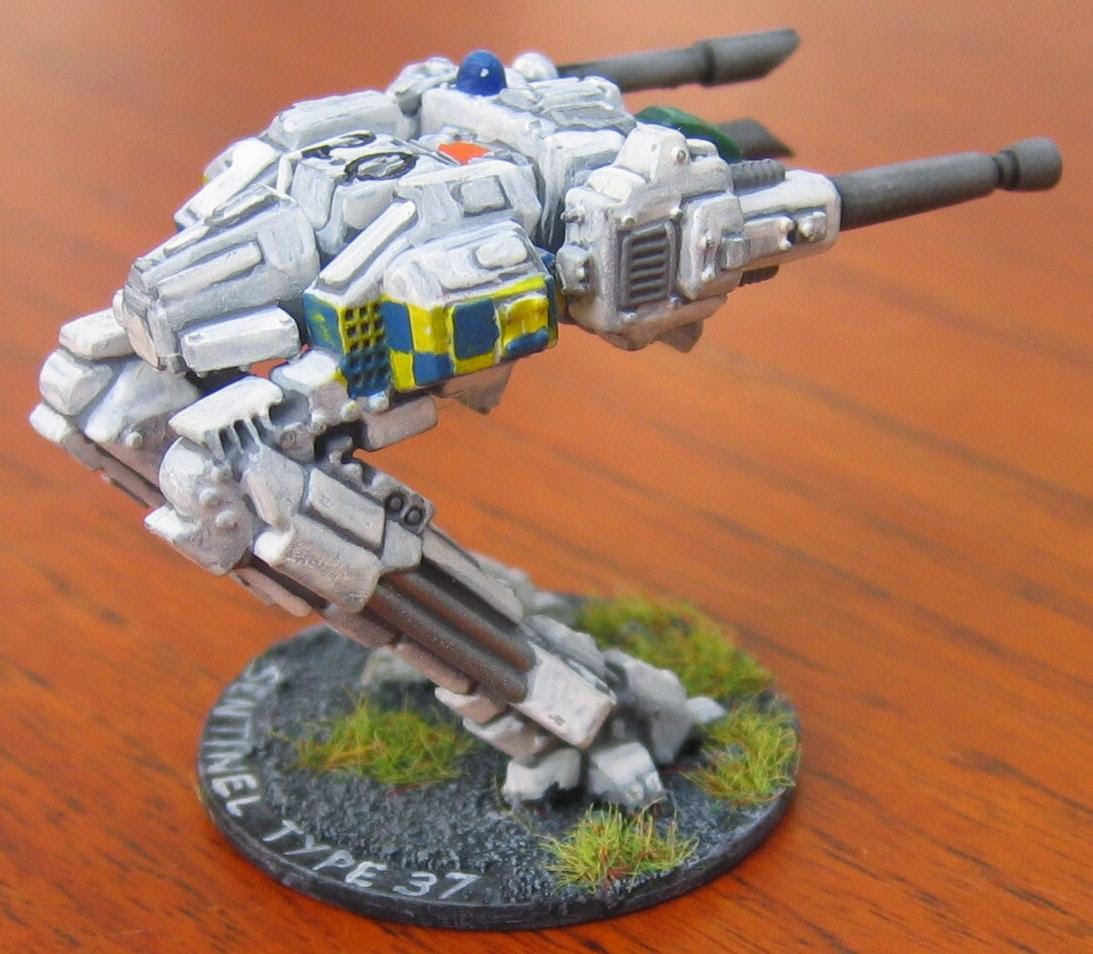 So, does this mean that I've suddenly become interested in yet another new genre of gaming?  No, not really.  These 3 models are all plastic robots which came from the Combat Zone boxed set.  Incidentally, although I bought my set many years ago, the same product is still available from EM-4 Miniatures.  At a little over £15, I think it must be the cheapest introductory wargame set available!

It's obvious to anyone who looks closely that these 28mm "robots" were originally Battletech-style mechs and therefore must be in a much smaller scale (1:300?).  However if you're not too fussy then they can be used alongside larger human figures.  I rationalise this by thinking of the models' windows as being sensor housings rather than human-sized cockpit canopies.

The Combat Zone world is really classic Cyberpunk, with high tech and lowlives.  Gangs roam those parts of the cities which aren't patrolled by corporate police forces and all sides have access to a lot of fairly traditional firearms.  In addition, robots are widely used and can be heavily armed.

I've painted 2 of these 3 robots (Street Tiger II and Avenger 500) in opposing gang colours, whilst Sentinel Type 37 is a police machine.

So, how do these models look alongside 28mm humans?  The picture above shows the trio of mechs next to a pair of troopers (also from the EM-4 Combat Zone set).  The robots are clearly a little bigger, but not so much as to overwhelm the people.  These aren't Transformers or city-eating monster machines!  However they are nice little models and they're incredibly cheap!
Posted by Colgar6 at 19:03