Not so long ago (here), I unveiled my undercoated "daredevil sisters".  These are 28mm models from Crooked Dice and it should be obvious to anyone who cares that these are closely based on the Angels from the old Captain Scarlet TV series.  In that show, they were mostly the pilots for the Spectrum organisation's fleet of air vehicles, especially for the Interceptor fighter aircraft.  Spectrum's field agents (such as the eponymous Captain Scarlet) were the people who were more directly involved in confrontations with the bad guys  Occasionally the Angels had to play this role as well...

In the TV show, there were 5 Angels.  However I ended up with 6 models (due to forgetting that I had bought a pack of 3 models and later buying another, duplicate pack).  Since I didn't want to leave any model unpainted, I had to come up with a 6th Angel in my world.  Aficionados of Captain Scarlet will be able to tell immediately which is the non-canon Angel, of course - but I've tried to keep my 6th Angel in character with the rest.  Mind you, I did consider briefly using that model as an evil counterpart, in much the same way as Captain Black is an enemy of the Spectrum agents!

Painting white uniforms is hard.  In my view, it's all about the colour of the shading; this can change the character of the model completely!  My research into the Angels suggested that in many of the pictures their uniforms had a slight cream tint to them.  That might just have been a trick of the light, but I took that idea and went with it.  I've used a couple of shades of tan when painting the undercuts and seams, but the upper parts are still pure white.  Please let me know what you think...

Without further ado, here are my 6 Spectrum Angels: 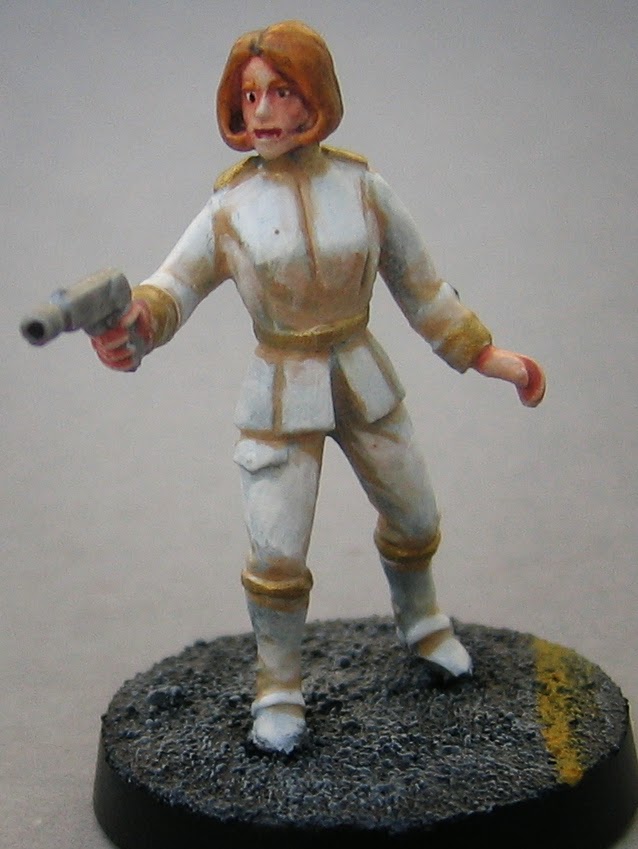 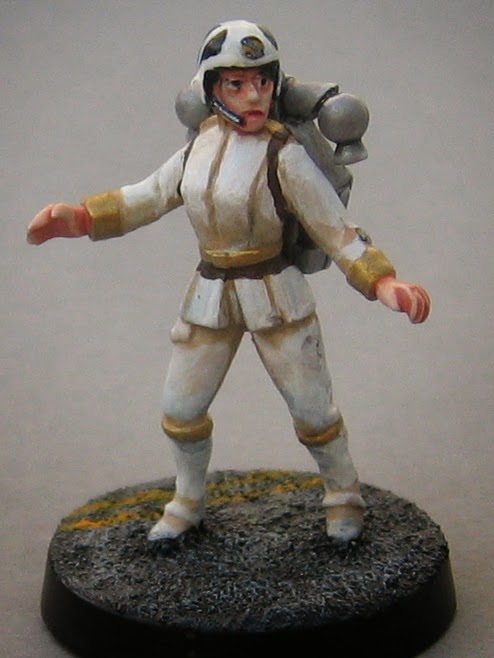 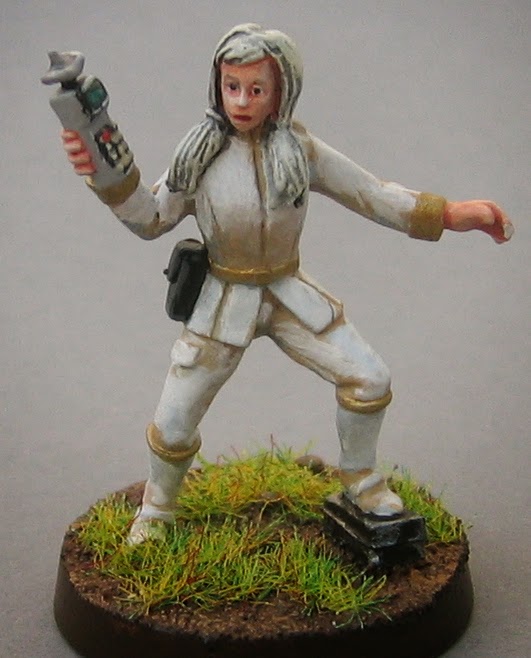 Finally, a group shot.  This shows quite clearly that I painted the bases in 3 different styles (2 models in each style).  I think that the concrete bases (the last 2 models on the right) are a bit dark, but otherwise the bases are quite straightforward.

I knew that I wanted these models as soon as I saw them on the Crooked Dice website.  Due to my purchasing mistake, I ended up with 6 of them rather than 3 - ah, well.  But now that I've finished painting them, I've no idea what I'll use them for!  The obvious answer would be to use them in a game of 7TV, but I fear that poor Captain Black would be considerably outnumbered by my Spectrum personnel if I include all my agents and all my Angels!
Posted by Colgar6 at 19:00