Have I mentioned recently that I intend to put on a 28mm Scooby Doo-themed game sometime soon?  I may just have said this before?

I'm trying to round up some figures that I can use either as bystanders or as suspicious members of the public.  Some of my zombie survivors can be re-used for this of course, but generally only the ones that don't have any weapons and aren't splashed with blood!  So, I searched through my lead pile for suitable models and picked out a few; here are the first of the group to be painted.

Reaper make a huge and varied selection of miniatures, only spoilt (for me, at least) by the somewhat uneven scale of their models.  Many of their Chronoscope range are reasonably close to 28mm, but a few are huge!  It's not possible to tell from their website, so you have to either buy the models and hope or you have to find reviews from other internet users.  Anyway, this is a digression... 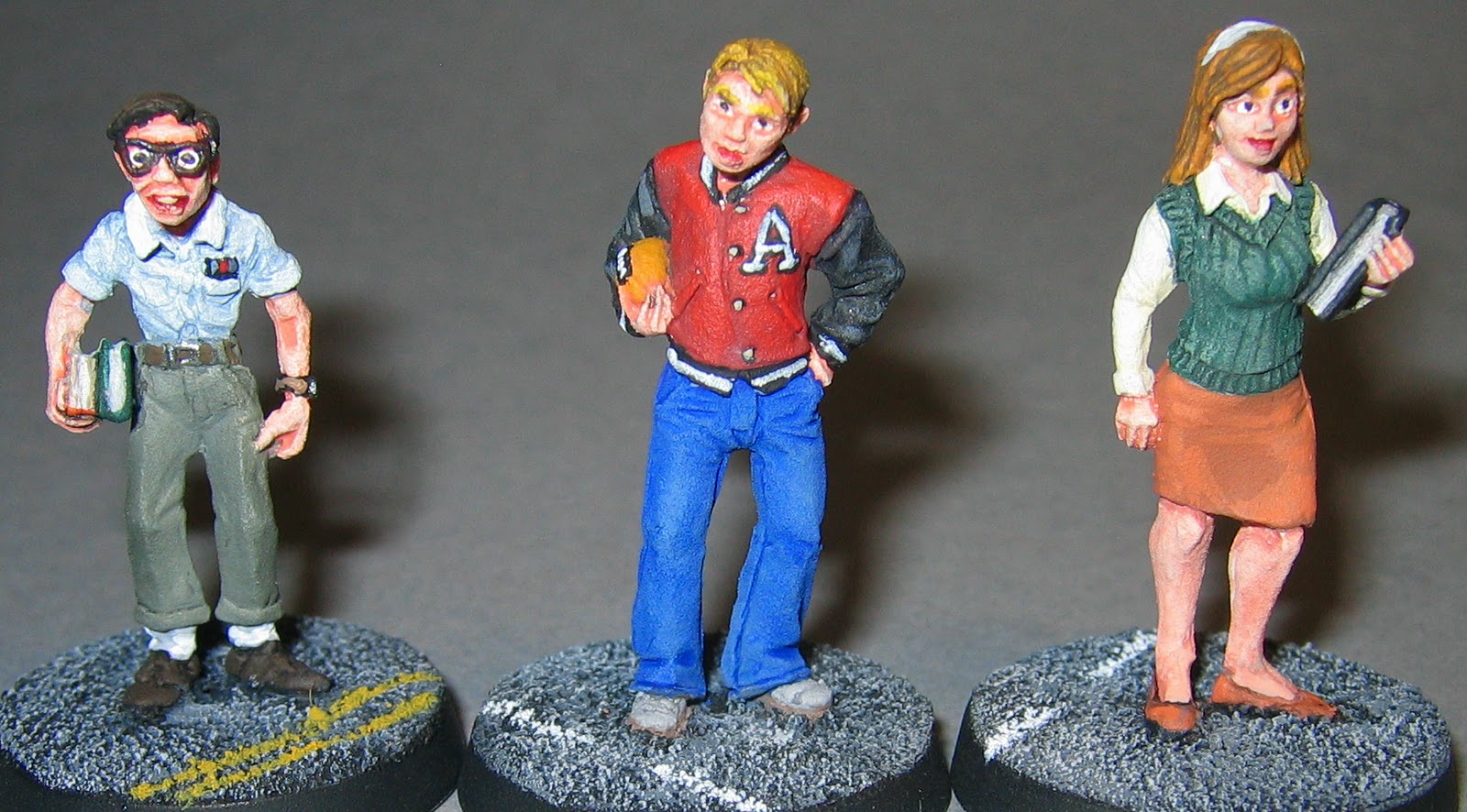 These 3 figures come from Reaper pack 50090: Townsfolk: Jock, Chick, Nerd.  You'll have to work out for yourselves which is the jock, the chick and the nerd; I'm sure I can't tell!  They're comparable in scale to most other 28mm models and so the will fit into my collection nicely.  Of course, they also match my requirements for the Scooby Doo game nicely: they're modern, unarmed civilians.  The fact that they are caricatures helps as well; cartoons such as Scooby Doo are full of such stereotypes! 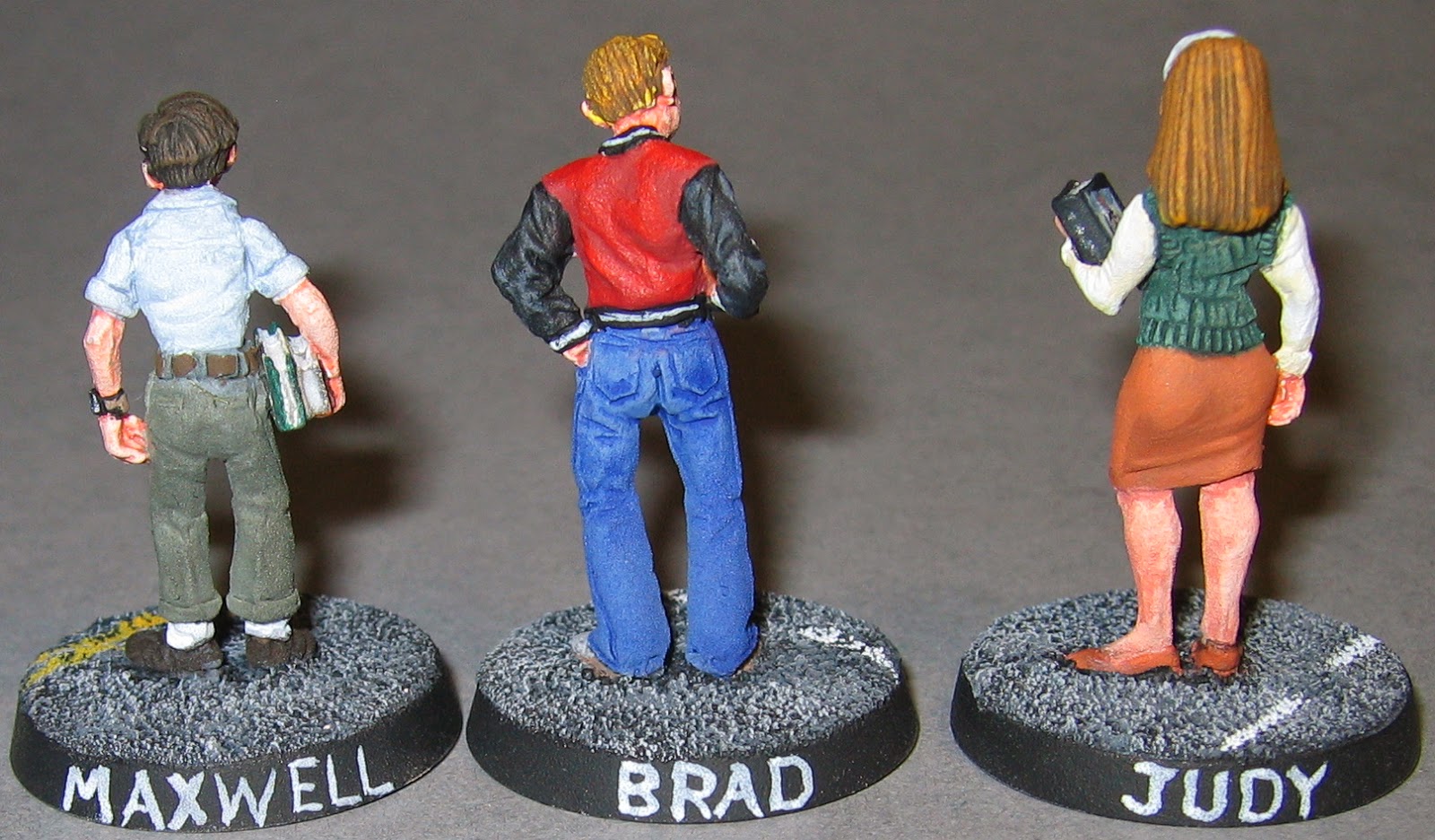 As you can see from the back, I've named these models Maxwell, Brad and Judy.  I put them on urban, street bases because I couldn't think what else to do.  I certainly didn't want to model the bases as dirt and grass, though in hindsight I could have done indoors instead.

By the way, I know that Judy is holding a book but this is just so that other people will take her seriously.  However I don't think she's as smart as she thinks she is: she's holding the book upside down!  If you look very closely then you might just be able to make this out.

This is quite a popular set of models and I'm by no means the first person to blog about painting them.  I found at least 3 or 4 other sets with a simple Google search.  If you're a keen painter then it's quite interesting to compare the different painting styles and colour palettes.  In no particular order, here are a few different ones:
Posted by Colgar6 at 21:20