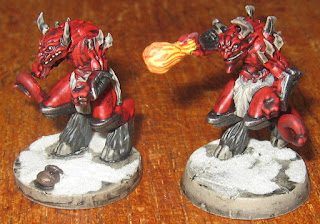 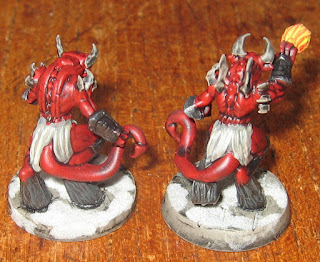 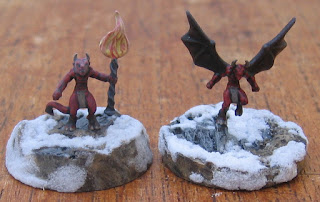 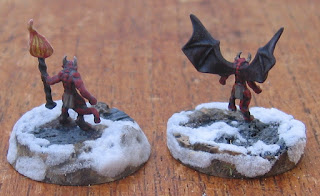 Overall, I'm very pleased with these models apart perhaps from the Imp with the staff.  The varnish on that model has frosted slightly - though I suppose you might just say that the creature was caught in a snowstorm and being slowly encased in ice.!
Posted by Colgar6 at 15:24