Last week, I showed some pictures of my cluttered workbench (here).  Even if you didn't realise it, I noticed from this article how many of the models present were "blockers"; they had sat around waiting for attention for weeks, months or even years.

This thought shamed me so much that I decided to try to finish some of these stalled projects, or at least put more paint on such models.  Often, the inactivity is self-reinforcing - when I finally started to work on the pieces below, I found that often they weren't so difficult (or so far from completion) as I had imagined after all! 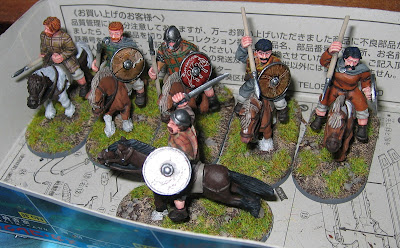 Some time ago, I started to build a SAGA "Strathclyde Welsh" warband.  Where I live, these are the local boys (at least, the Strathclyde part of their lands is local, not so much the Welsh part).

I started this warband so long ago that I daren't even look it up in the blog; I'd probably be horrified at just how long these have taken.  Anyway, these are the last 6 of the 16 warriors, 8 hearthguard and a warlord, thus completing a basic 4pt SAGA force - hurrah!

Of course, I've got another 8 Strathclyde foot warriors that are still mint-in-blister... 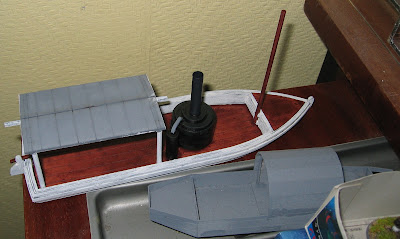 Progress has been made on the MDF launch; it turns out that only a few colours are needed to paint this model.  I've still to dirty it up a bit, since I'm aiming more for a working boat "African Queen" look rather than a modern-day cherished & polished Victorian heirloom.  When the painting is done, I intend to add some rope - probably a coil on the foredeck and some mast stays. 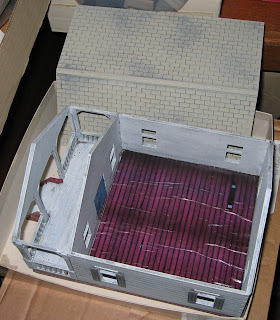 My other "colonial" project at the moment is this house.  The basic building was almost finished anyway; I've added the interior floor since last week.  Mind you, that hasn't gone very well as the paper on which the flooring is printed has wrinkled terribly.  I might have to think again about how to do this...

Behind the house is the tiled roof which came with the model.  I've base-coated it, but haven't detailed or weathered any of the tiles. 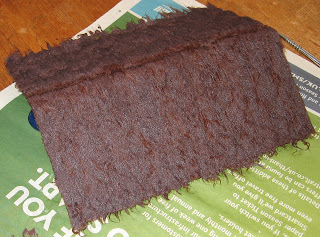 Having considered it a little, I thought that it would be nice to have a thatched roof for the bungalow; I could then use it in slightly less "civilised" parts of the world.  Initially, I thought of just covering the already-built, tiled roof with teddy bear fur, but in the end I cut out new pieces of MDF to make a scratch-built, second roof.  This is the first time I've ever worked with fur fabric - it seems to be going well so far. 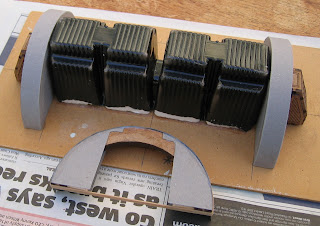 Finally, the generator got a little love.  I have almost finished a new "hoop"; this will fit in the middle of the existing piece.

After that, I'll need to build some platforms and handrails in the gaps on either side.  At this stage, I have no idea how I'll do this!  It sounds like a job for which the old "Platformer" kits would have worked well - but I don't have such a thing in my spares box.  Oh, well - I'm sure I'll have an idea sooner or later...