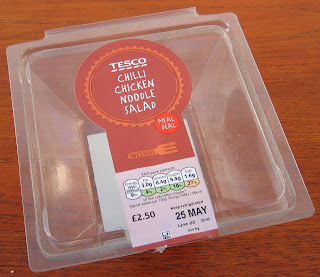 Usually, I take a packed lunch into work.  Occasionally, however, I buy something at a nearby supermarket instead.  This is especially common during school holidays, when the kids don't need a packed lunch themselves and there seems little point in getting out bread and fillings for just me.

Why am I telling you this?  Well, some of the supermarket pre-packed meals come in interesting-shaped containers...

If you clean the packaging, cut off the lid and turn the box upside down then it looks a little bit like a science fiction prefab building.  At least, that's what I thought when I first did this. 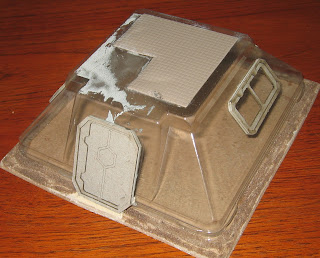 Here's what I did next:
Note that this was the first salad box I converted.  There are 2 things wrong with it which I corrected on subsequent builds: 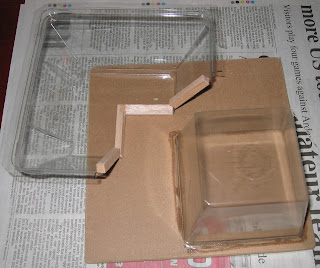 I didn't want all the buildings in my science colony to be identical, though equally they all had to have elements of similarity [as if they're all based on a small number of prefabricated parts].  For the command centre, I decided to add a tower from another piece of similar packaging. 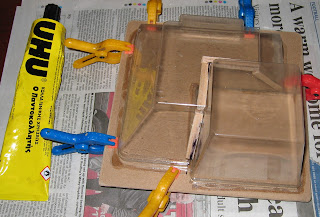 Obviously, cutting the salad box to fit around this tower wasn't particularly easy!  There was a gap of up to 3mm in places between the two parts, so I glued some lengths of balsa strip along the inside of the joint.  Even these weren't all in quite the right place, though! 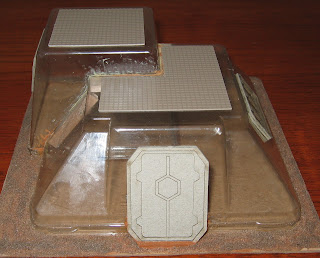 Finally, with a couple of applications of filler, a reasonably stable seal was made and the model could be decorate with doors, windows and solar panels. 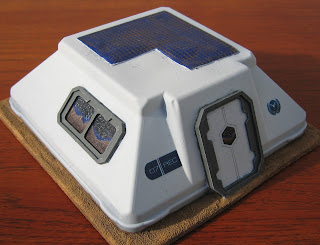 The recipe for this is quite simple: 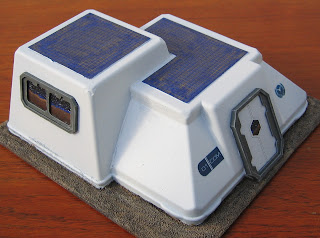 As you can see below, I've now got several of these buildings.  It's probably enough for a simple outpost/colony on some remote planet or moon, though making more would be trivially easy. 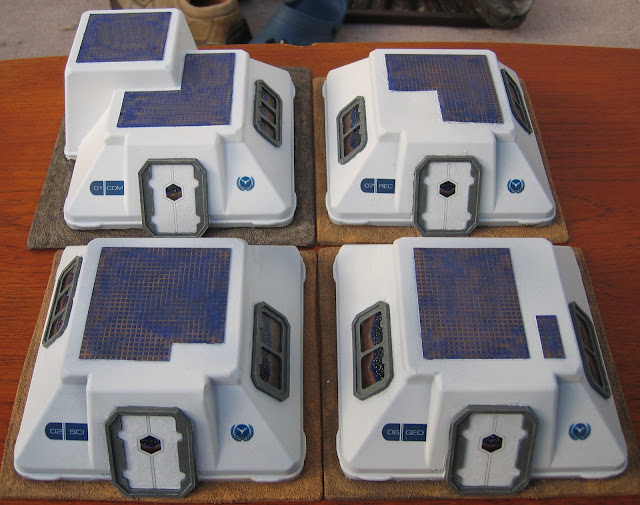 If anything, I should perhaps have some other scatter terrain to flesh out the base.  Hmm, what about a launch pad, water collection device, communications rig, garage or the like?  Anyone know any good packaging for these?
Posted by Colgar6 at 20:25