By now, everyone else who was there seems to have put up their blog posts about Salute 2014.  I'm slightly later because it took us most of Sunday to get home (what with the distance being a bit further than for many) and then I had to go to work as usual today (Monday).  So, now that I'm back from work and the younger kids are in bed, I've just got time to put together a short report.

This isn't a general show report and I don't have any pictures.  Instead it's simply a quick record of what myself and my 2 boys did on the show day.

We arrived about 20 minutes early and had to wait in what seemed like an enormously long queue.  Younger son (A.) was getting a bit bored with this until some Star Wars re-enactors walked along the line.  For some reason they all seemed to be bad guys: we saw an Imperial naval officer, Boba Fett, one of the pig-like guards from Jabba's palace (Gamoreans?) and several stormtroopers.  Mind you, A. informed me that one of them was a sandtrooper, not a stormtrooper.  Hmm, they looked much the same to me...

The queue moved very quickly once 10:00 arrived, so that wasn't a problem.  We then spent the next hours looking at the many tables, playing some games and making a few targeted purchases.  General observations on the show:
Here's a list of the games that we did play (at least, the ones that I remember).  The show theme for this year was "D-Day", so a number of the games were oriented towards that:

Finally, here's the obligatory loot picture.  Bear in mind that it's probably 14 years since I last attended Salute: 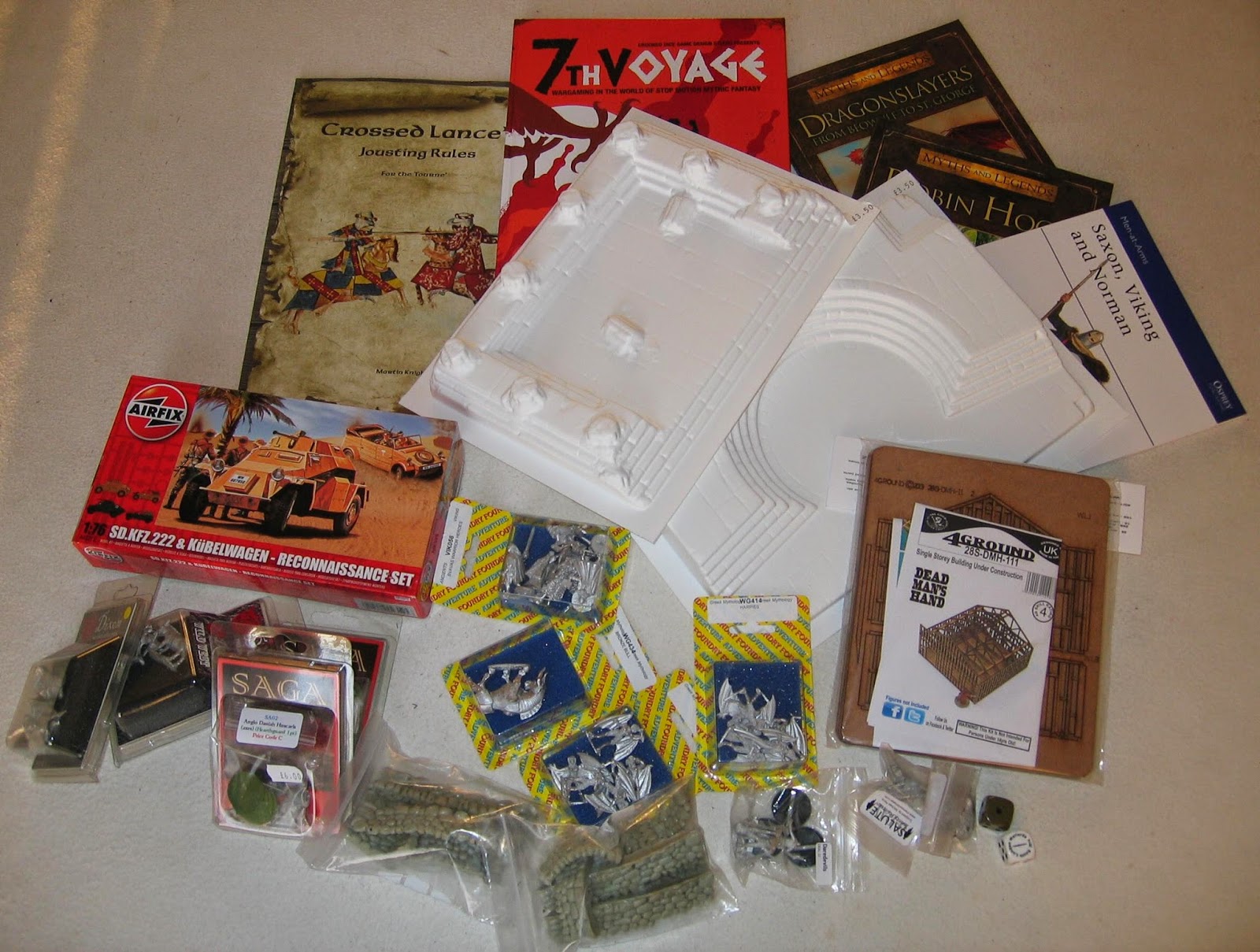 I'm not going to enumerate everything in it, but here are some keywords: Vikings, harpies, rules, prospector, Daredevil pilots, Amera.  2 of the books and the Airfix kit are for A.; J. has already snaffled his book (so it doesn't appear in this picture).

It was a very full, but very tiring day.  We left Salute about 45 minutes before the doors closed, having been there for many hours.  Even so, I don't think we saw everything...
Posted by Colgar6 at 22:42