I've been falling behind my intended posting schedule a bit, recently and I can't quite put my finger on why this is so.  Sure, I've been busy with work and family - but that's always the case and so it isn't any real excuse.  Perhaps I'm spending too much time reading other people's blogs, instead of updating my own?  Possibly, but surely there's time enough for both?

Anyway, here's a description of some models I've had for some time.  This is part of my ongoing plan to document my collection (though I doubt very much that it's realistic to photograph and describe everything I've collected over the years).  Still, I've got to try!

Without any further ado... 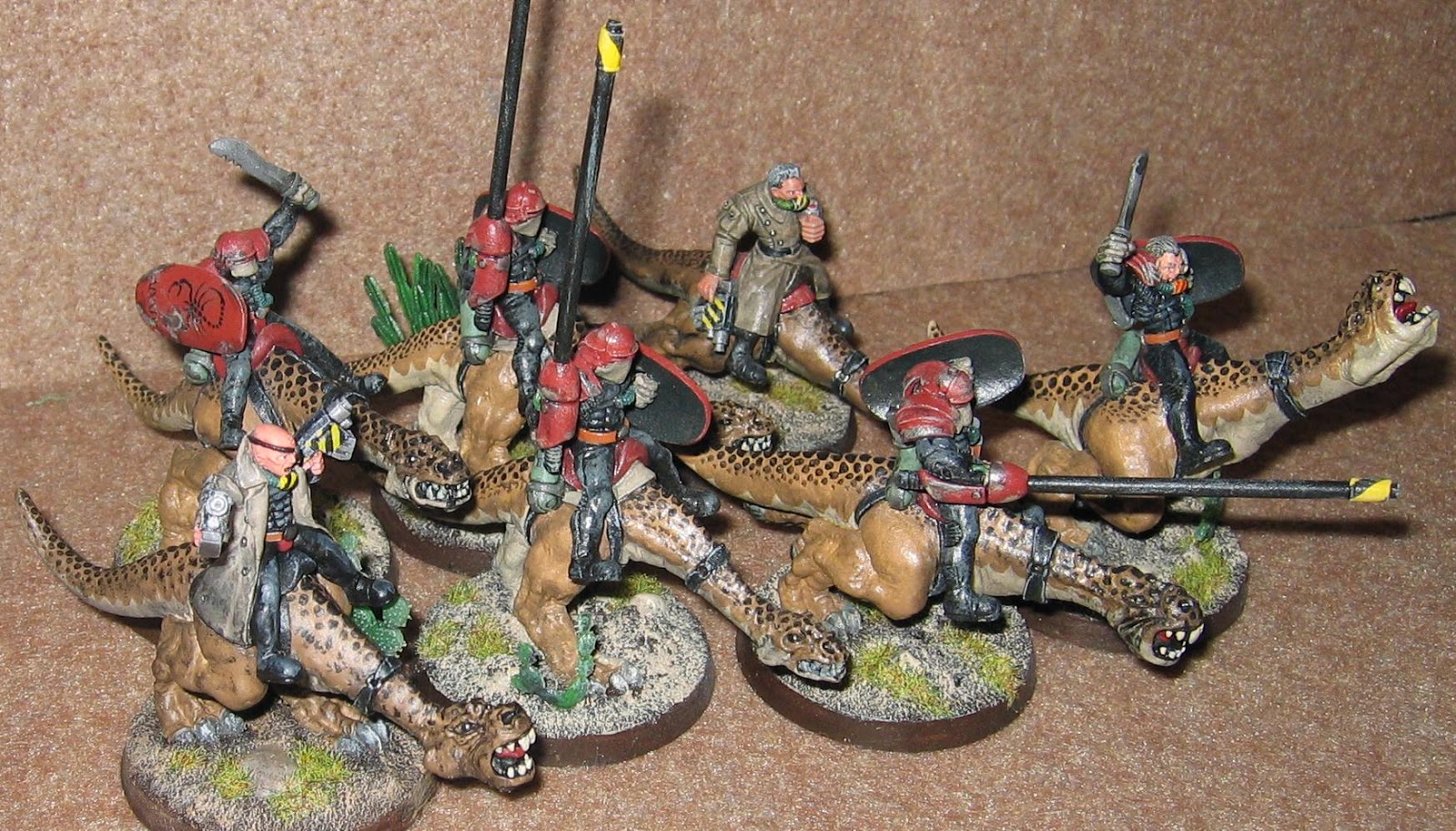 The Junkers were one of the 4 human factions in the VOID 1.1 Science Fiction game.  Originally these models were produced by I-Kore, though the range was obtained by Scotia Grendel when I-Kore folded (actually, that's simplifying the history a bit, but I can't remember all the ins and outs of it).

I bought a lot of the Junkers, Viridian and Syntha figures cheap when the game fell out of favour.  The VOID 1.1 rules are nothing very special, I think (just a d10 "Warhammer 40,000" knock-off), but I like a lot of the models and they can easily be used with other rules such as 5150 or FUBAR.  Although I've painted a fair number of my VOID models, I have many more just waiting...

As written, the background for the Junkers was a harsh, militaristic dictatorship.  Some elite forces were pampered and equipped with the best that money could buy, but many brutal penal legions also exist.  Think of a cross between House Harkonnen from Dune, the Soviets under Stalin and the Roman Empire.  Within their army, the sandrunners are scouting forces that consist of melee-armed troopers mounted on bad-tempered, 2-legged giant lizards.  How could I resist! 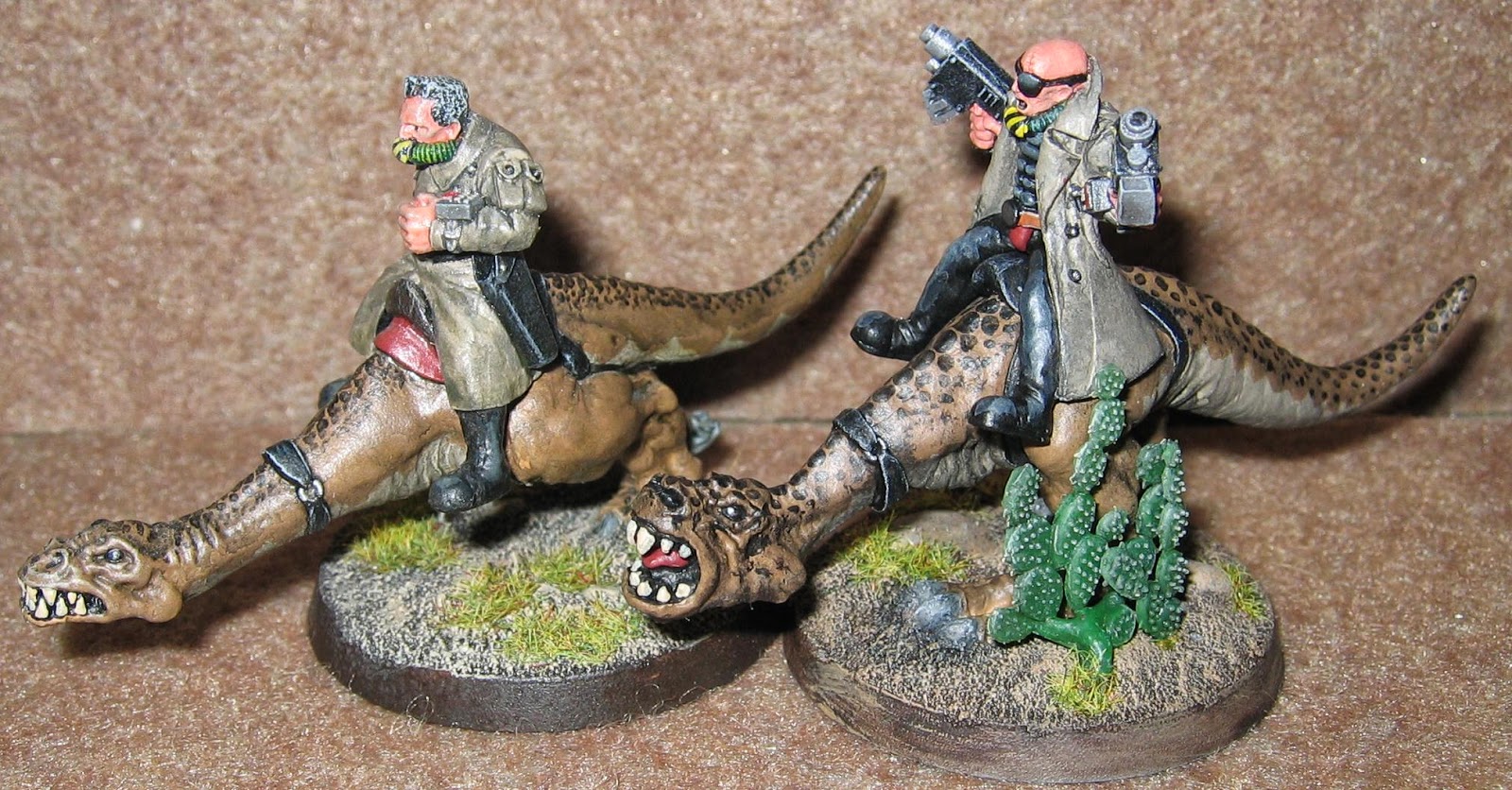 Within my sandrunner collection, I have 2 different commissars or enforcers.  These are there to enforce discipline and ensure that no-one has any unpatriotic thoughts (by blowing their brains out should anyone start thinking for themselves)!  I doubt that I'd ever use both of these enforcers at the same time, but either could be used alone as a lone spy, scout or post-apocalyptic nutcase, I think. 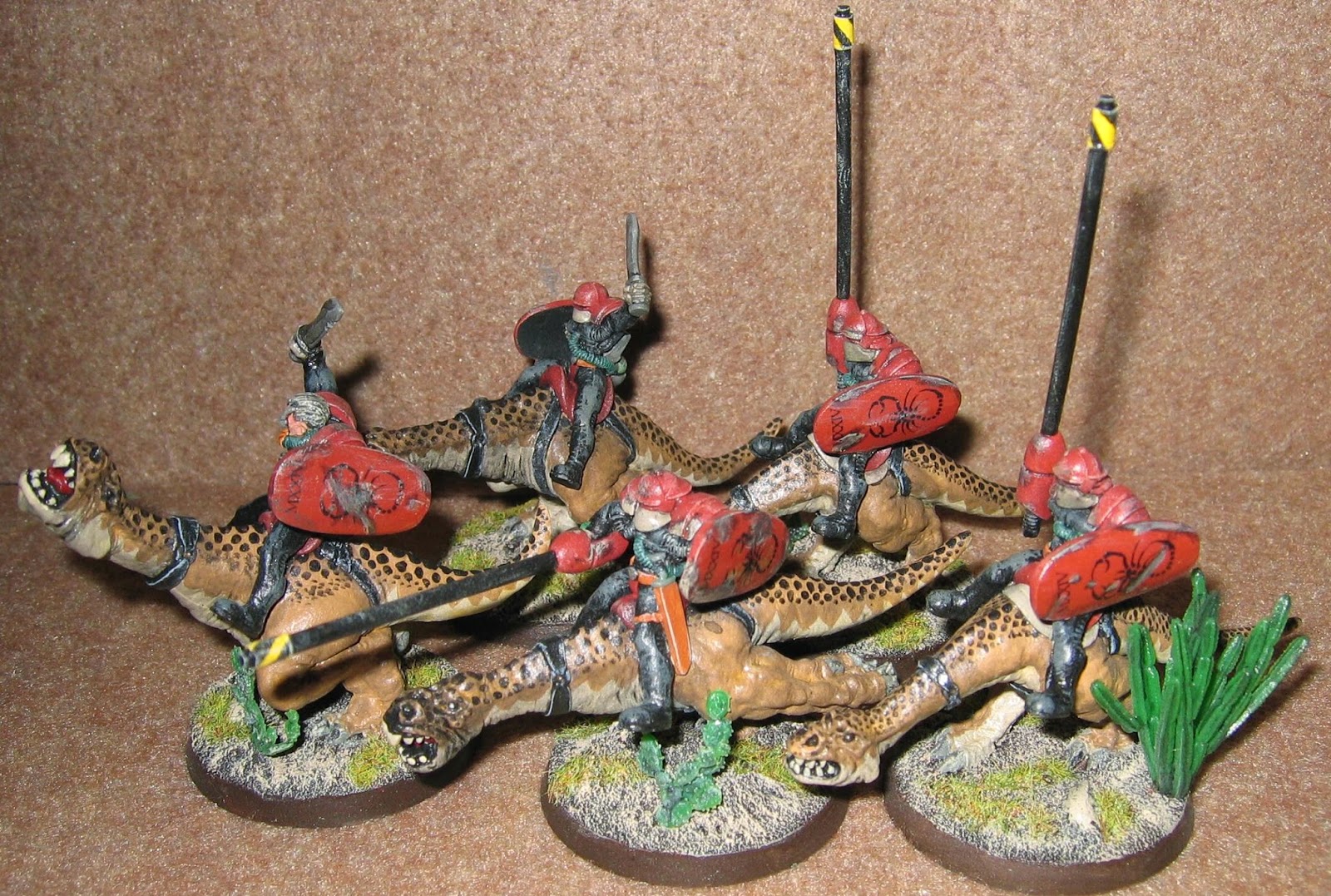 Of the 5 troopers, the sergeant and 1 of his men have short swords.  The other 3 guys have thermite lances - basically an explosive charge on the end of a long stick.  In theory these can eliminate anything up to (and including) a main battle tank, but first you'd need to get close enough to charge the enemy and secondly you'd have to hope that the back blast didn't kill you.  Life is cheap in a sandrunner patrol! 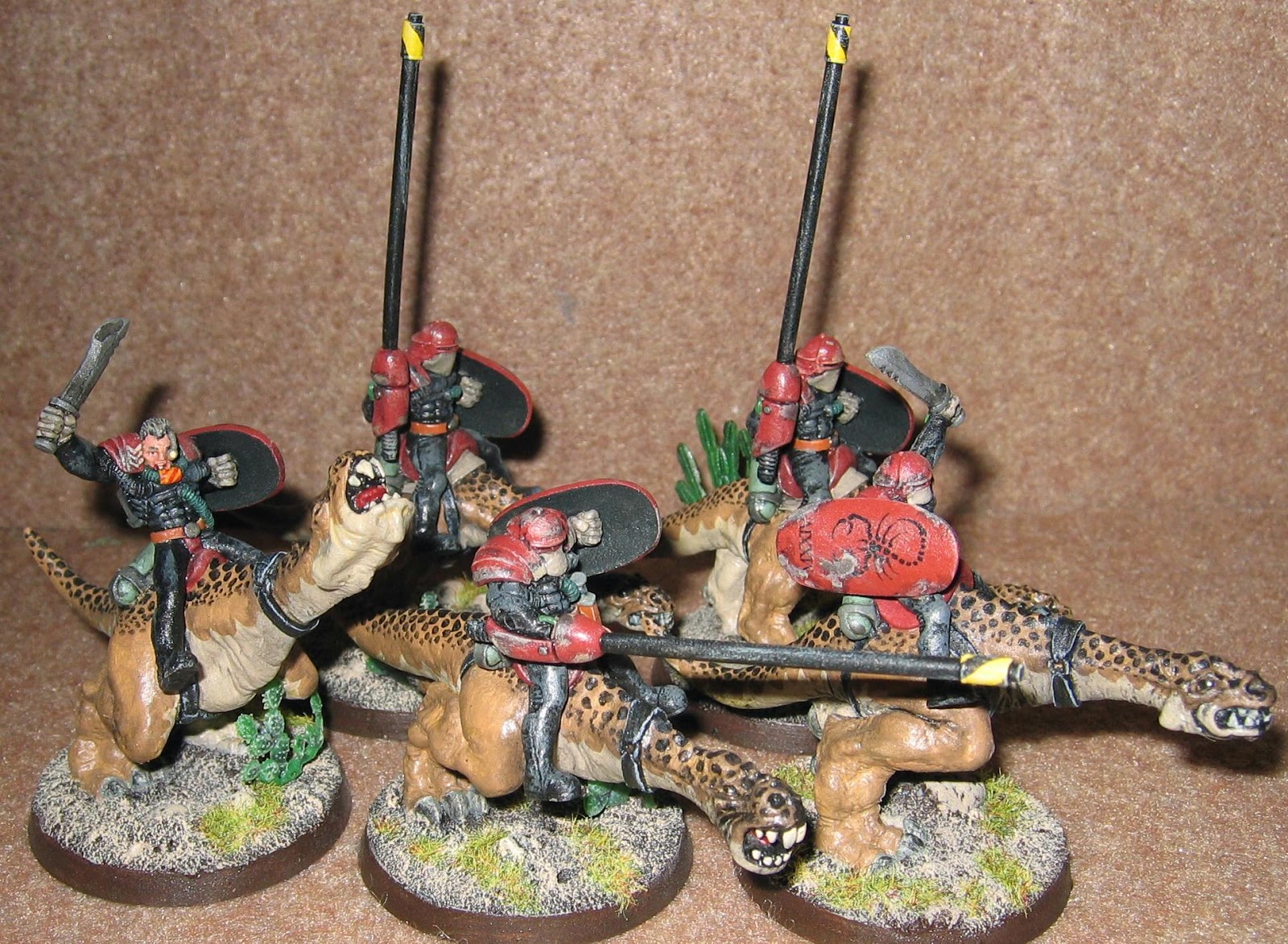 Here's a view from the other side.  You can see that the lead swordsman is left-handed; this is quite unusual amongst wargaming miniatures.  I approve thoroughly of this, since I'm corrie-fisted myself.

I see these guys as tasked with patrolling remote areas or backwater planets to keep down native resistance, rather than being thrown into a main battle line.  They have simple equipment that doesn't need much maintenance or fuel, so they can be fairly self-reliant.  There are examples of this role in many places, such as the initial Star Wars film on the desert planet and indeed in the later colonial empires of Britain, France &c.

Mind you, I still don't know how the troopers manage to ride the lizards without being eaten.  They're some of the most bad-tempered critters I've ever seen used as cavalry mounts!
Posted by Colgar6 at 20:59