I've mentioned Fear and Faith a few times recently, either in one of my own articles or in a comment on someone else's blog.This has reminded me how much I want to get out some figures and play this game.

So, what is Fear and Faith?  It's a set of rules for skirmish wargaming, based on Ganesha Games' very successful Song of Blades and Heroes fantasy offering, but with an emphasis on horror.  In particular, it's really aimed at Gothic through to modern horror, so any time in the last 3 centuries or so.

In addition to the main Fear and Faith rules, I have purchased a supplement called (sic!) Kooky Teenage Monster Hunters!  It expands on the main rules by providing profiles and scenarios aimed at the modern, American, urban monster genre.  Think Buffy, Twilight and the like and you won't be far wrong!

However, there's one set of profiles in KTMG that I've just got to play!  I've made up some quick reference cards for this band; let's see if anyone can recognise them.  Note that I've changed the names from those given in the booklet; I think that my names work much better.

Without further ado, I present my band "Mystery Incorporated": 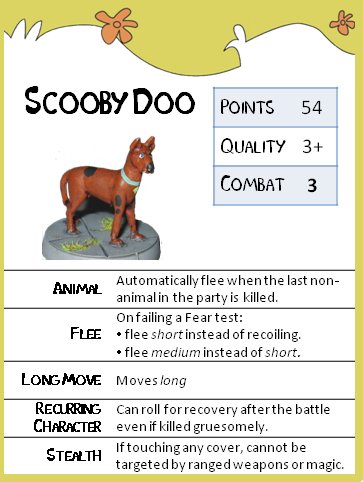 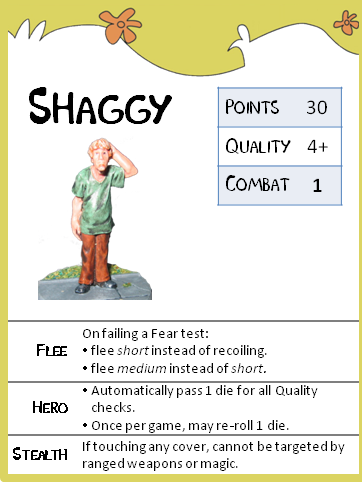 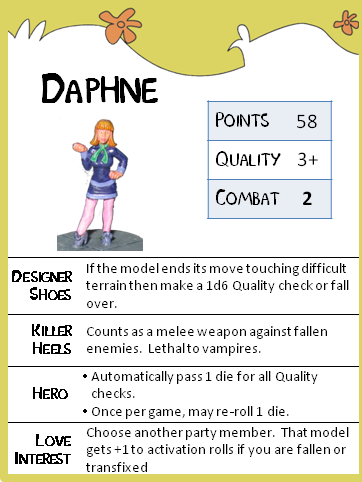 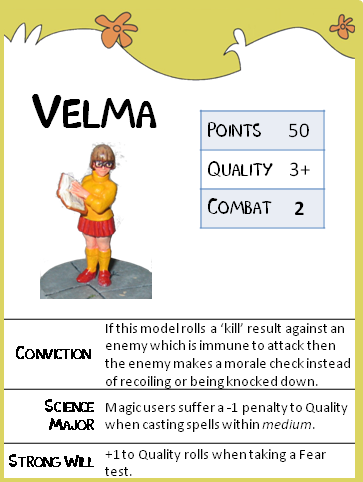 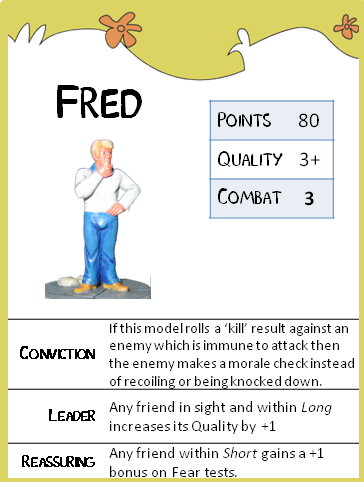 I am a little puzzled by some of the traits that have been assigned to these characters; they're not always what I would have done myself.  Still, I can always change them if I want, can't I?

Of course, I'll need to get them some transport (maybe the Crooked Dice van with Company B decals?)  More importantly, I'll need some adversaries and some special scenario rules.  I have a feeling that dog treats might be important...
Posted by Colgar6 at 20:38