I'm going to be doing 2 things in this post that are somewhat unusual, for me.


Strangely, this week I've found myself undercoating a number of models in white, though..,

I'm trying to collect some figures that I can use in games of Fear and Faith.  Last week, I posted details of Mystery Incorporated (better known as "the Scooby Doo gang") and I can probably come up with some suitably suspicious civilians to use as allies, bystanders and low-level enemies.  However, I wanted some monsters as well. 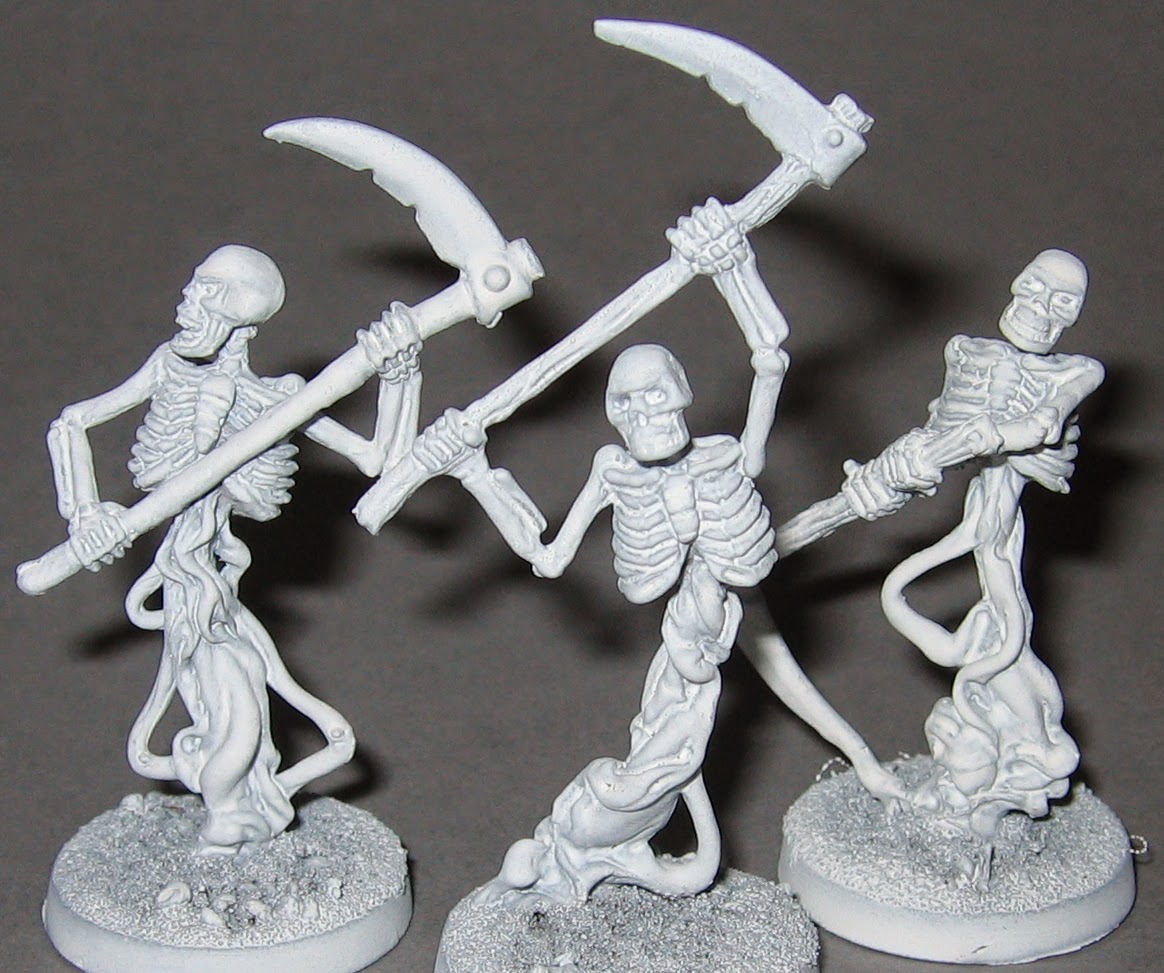 These spectre models come from Black Tree Design, though they only seem to be available in a regiment-sized pack.  I've had a large bag of them sitting in the lead pile for many years and now seemed like a good time to paint a few.  They'll be used as haunts in Fear and Faith - but in the best traditions of Scooby Doo they may turn out not to be real ghosts.  Instead, they could be just images projected onto clouds of smoke by the demented janitor.  Or maybe not!

I plan to paint these spectres to be as pale and ethereal as possible.  This might be a challenge, since they're quite solid models and I don't have any transparent paint.  Still, I'll give it a go...

It came as quite a surprise to me recently to discover that I had not one but two packs of the Daredevil Sisters from Crooked Dice.  I don't normally forget a purchase so completely that I buy another copy of the same thing!

Now, as anyone with an interest in Marionation knows, the Daredevil sisters are based very closely on the Angels from the Captain Scarlet TV series (gosh, is it really almost 50 years?).  The Angels were the 5 female pilots of Spectrum's fleet of fighter and passenger aircraft; they were young, international and glamorous!  As with the other members of the organisation, they all had code names, in this case Destiny, Harmony, Rhapsody, Melody and Symphony. 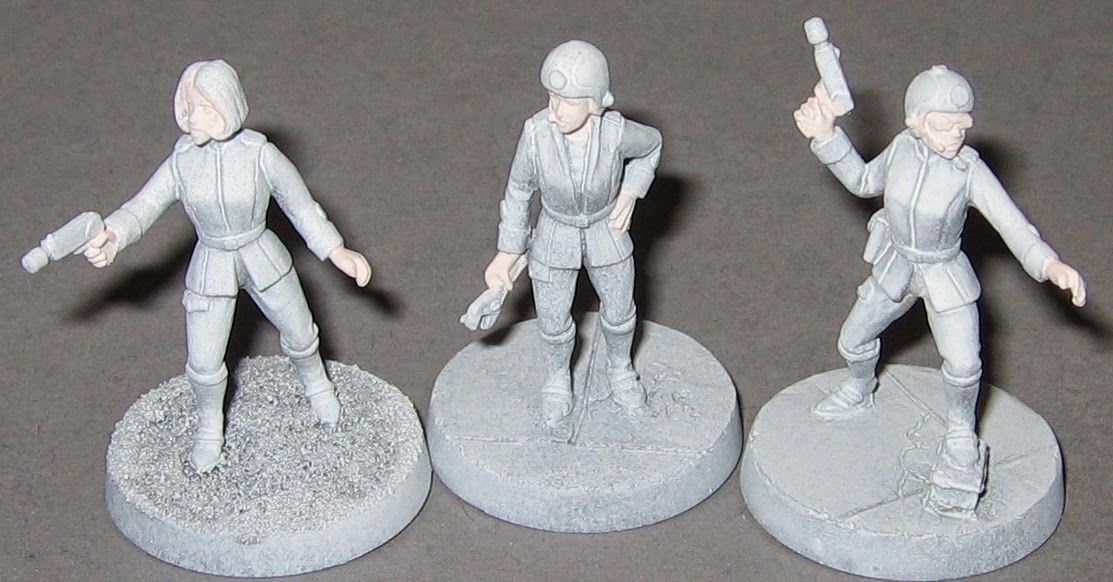 Since the Angels wore white uniforms, I've decided to undercoat these models in white (well, obviously!).  I bought a separate pack of helmeted heads to customise them a bit, so at least I won't have 2 sets of 3 identical figures. 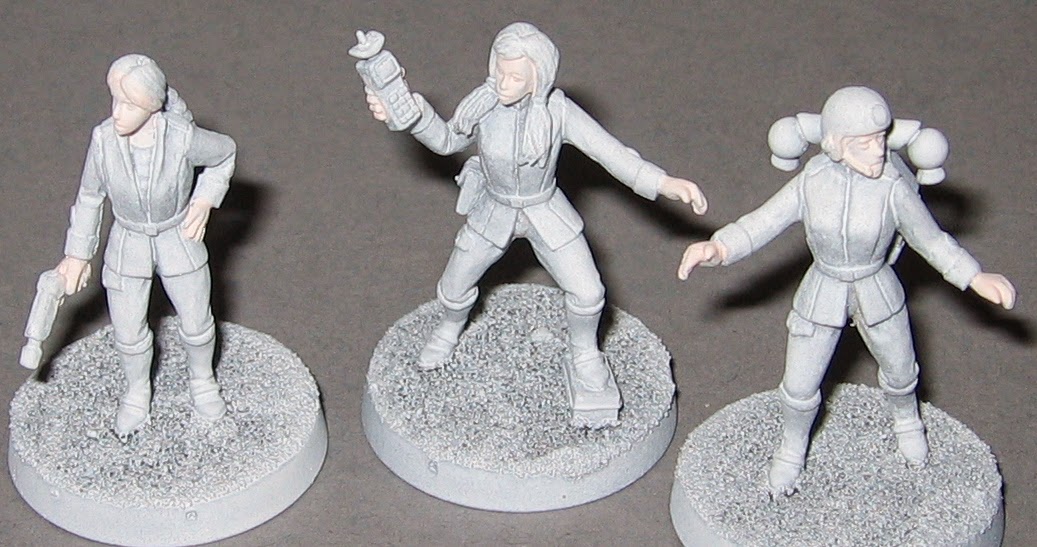 Actually, I went a bit further than this and also changed around the equipment the Angels were holding or wearing as well as their heads.  This gives me 6 models that are all unique, though it's easy enough to spot the duplicate bodies.

Of course, there were only 5 Angels in the Captain Scarlet show.  I've decided that in my universe there is another Angel who isn't quite as well known.  Perhaps she's been on leave, or on special assignment somewhere.  I'm thinking of naming her Serenity; I had to abandon the musical theme when the only name in that area which I could find was Cacophony!