I can't believe that it's Monday already!  I had intended to post something over the weekend, but somehow this has slipped - again.  In truth, it feels that it's getting harder and harder to post anything at all interesting with any regularity.

Anyway, here is my 4th Dreadball team: the veer myn.  Officially these are the models for the Skittersneak Stealers team, but my younger son has decided that my version is to be named the "Gutter Gashers".  OK, it's not the worst suggestion that I've heard so we'll go with it for now...

The veer myn teams rely heavily on a chittering horde of strikers - specialised ball handlers.  They come in 2 postures (more are available in an expansion pack), but there's no difference in the game between the running and the scuttling models.  I've painted these figures with a variety of brown and grey/black furs to make them a little less regular in appearance. 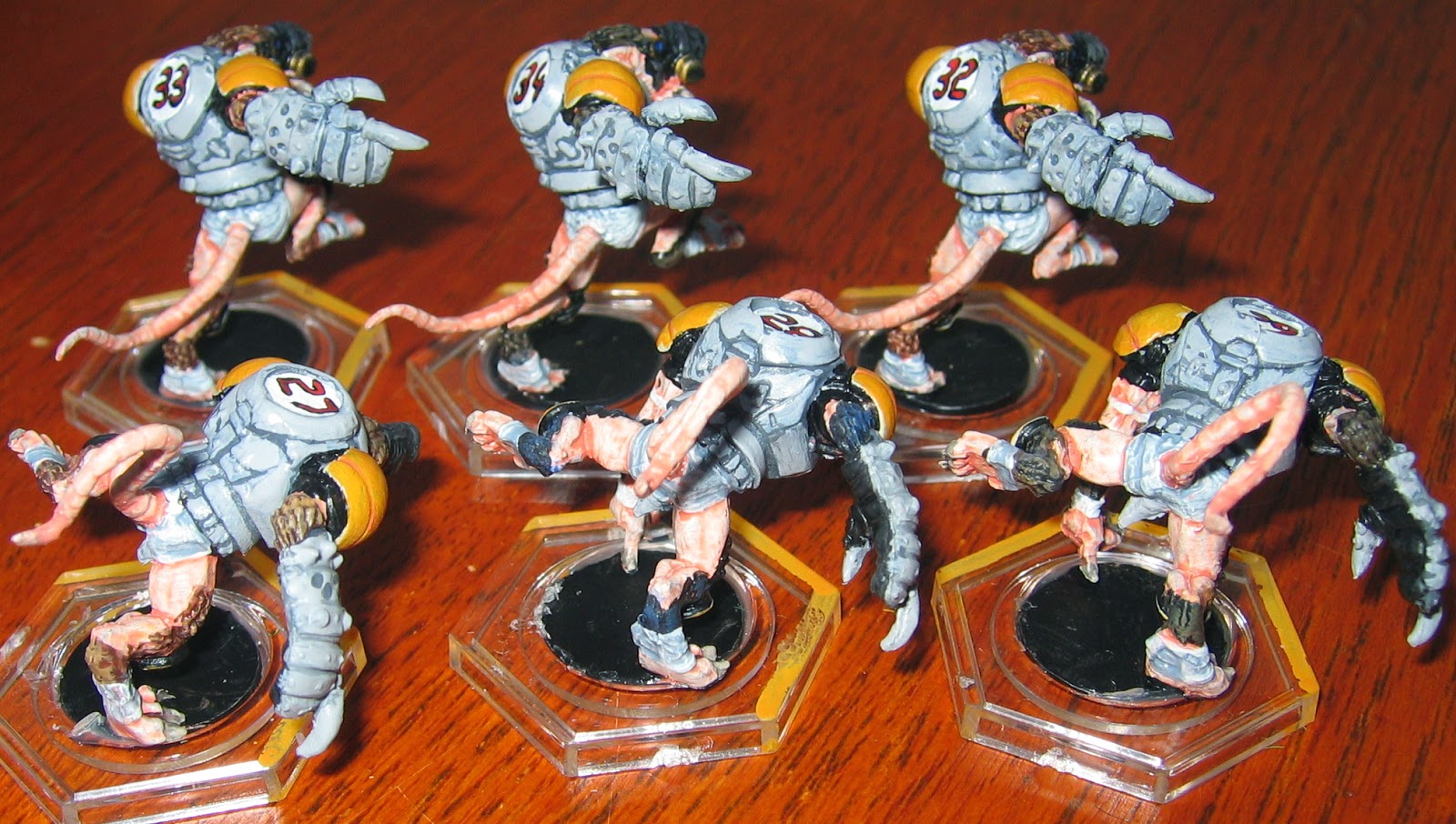 Veer myn strikers are very fast and nimble, but they're not particularly skillful.  This leads to a lot of fumbles and missed throws...

At the other end of the spectrum, a few of the veer myn are great hulking brutes that play as guards.  They're not as strong as the Orx, but easily match a human and they're quite fast as well.

A standard veer myn team comes with 2 guards, but I have a 3rd model: the MVP known as "Payback".  He really is a brute; big, fast and strong, quite capable of slamming most opposition players to the ground (or worse!) 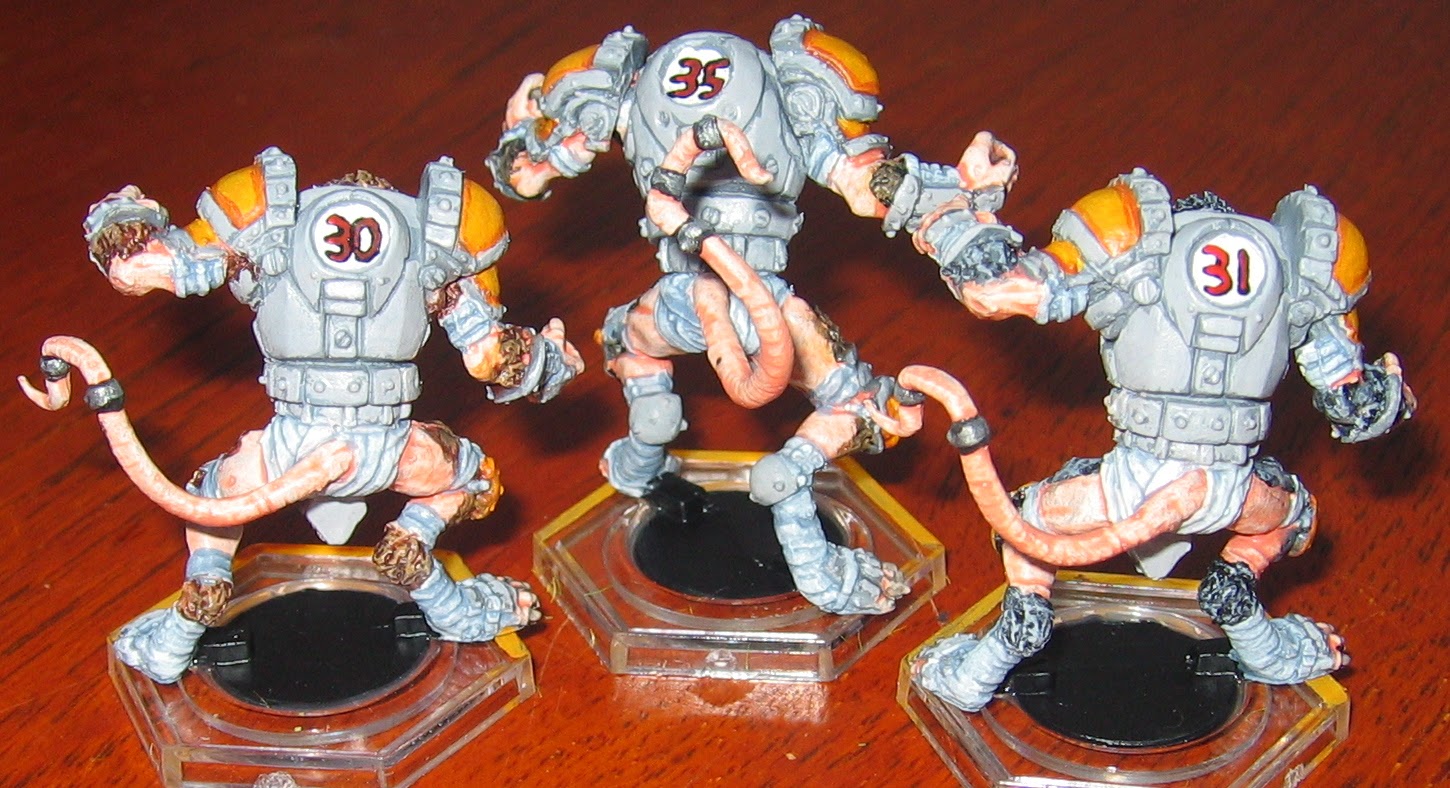 Recently, my son and I played a game with the Gutter Gashers; he took the rats against my male corporation team (the "Sky City Slammers").  In the first rush of the match, before I was even able to make a move, these guards had put one of my players into intensive care and sent another to the morgue!  The rest of the match was...interesting, though I did end up winning by 1 point.  Mainly because the veer myn spent the rest of the match trying to catch up with and cripple my survivors, whereas I actually went for the ball!

We've started playing a small league, so I may be able to get my own back some time.  Perhaps with the orx and goblins...