King Richard and the Sheriff of Nottingham

The weather is poor, the family are all bad-tempered and surly; I'm fed up!  At least it's not February any more (the worst month in the year, probably), so things might start to improve new.

So, what have I got for you today?  No game reports (sorry, another time...), but here are a couple of new figures to expand my Robin Hood forces.

You may be asking at this point "Hasn't he already got a model of the Sheriff of Nottingham"?  If you look at my older Robin Hood battle reports then you will see that I did indeed play with that character.  However, the model I used was an old miniature of (I think) a fantasy merchant.  While it worked well enough, this is a new, "proper" miniature of the Sheriff.

My new Sheriff model comes from North Star's small Robin Hood range and he's the best of the bunch by quite some way, I think!  Not that there is anything wrong with the other models in that range, but they just don't have the same character.

He's clearly a scheming, evil overlord, so painting him in blacks and greys was a given.  I just cannot imagine this character in a different colour scheme!  However, there's nothing about his clothing that really marks him out as medieval; I think that this miniature would be effective as a modern, east European crime boss, a cult leader, a Bond villain or many other evil characters from the past 1000 years or so. 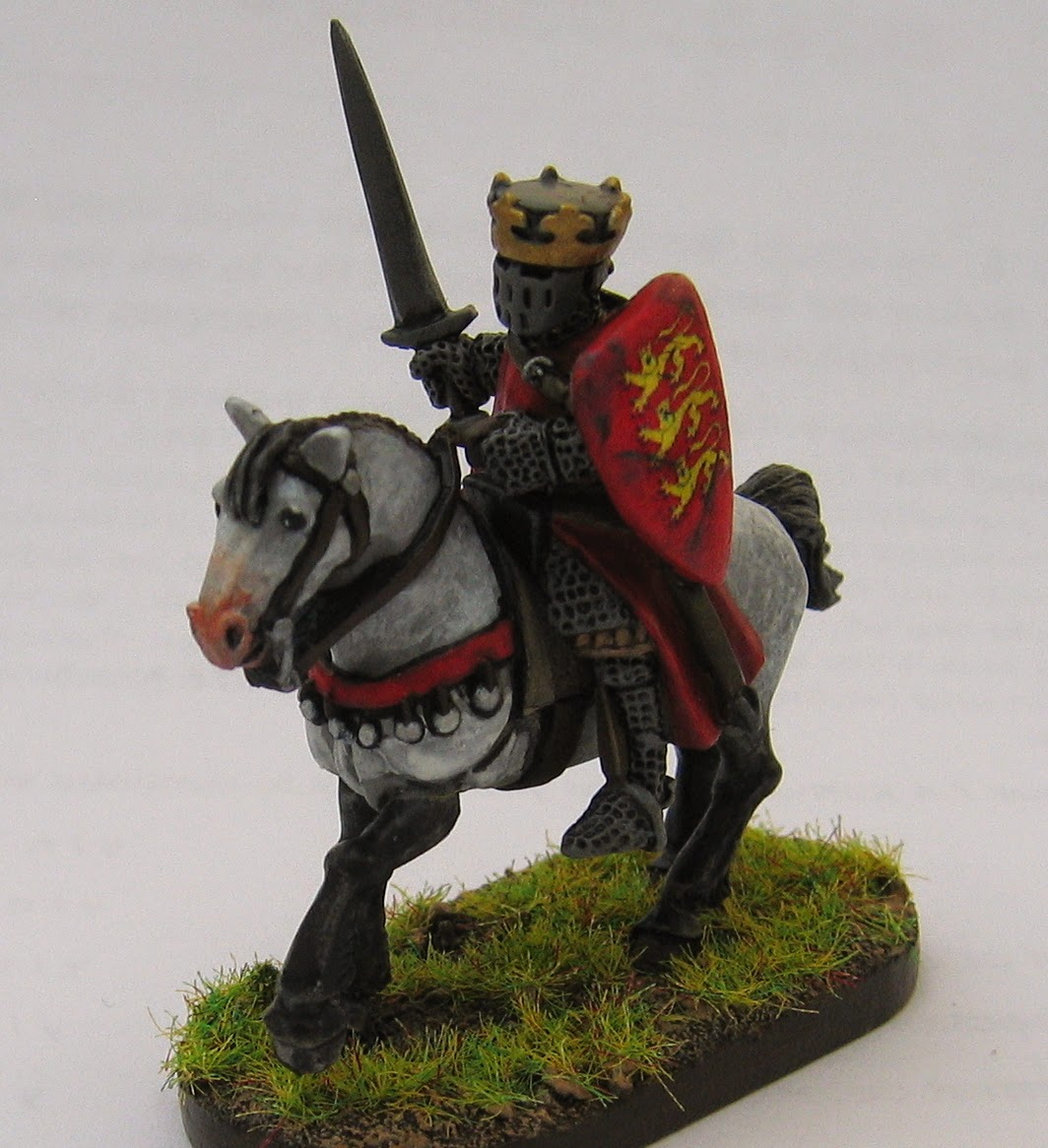 King Richard features heavily in the legends of Robin Hood as the rightful, if absent, king.  Indeed, he's almost seen as something of a messiah figure; when Richard comes home then all the ills of the land will be put right and the evil Prince John (and his henchman, the Sheriff of Nottingham) will get their just deserts.

In reality, King Richard I seems to have cared about England only insofar as the country could continue to finance his crusades and other military adventures.  He barely even visited England during his entire reign! 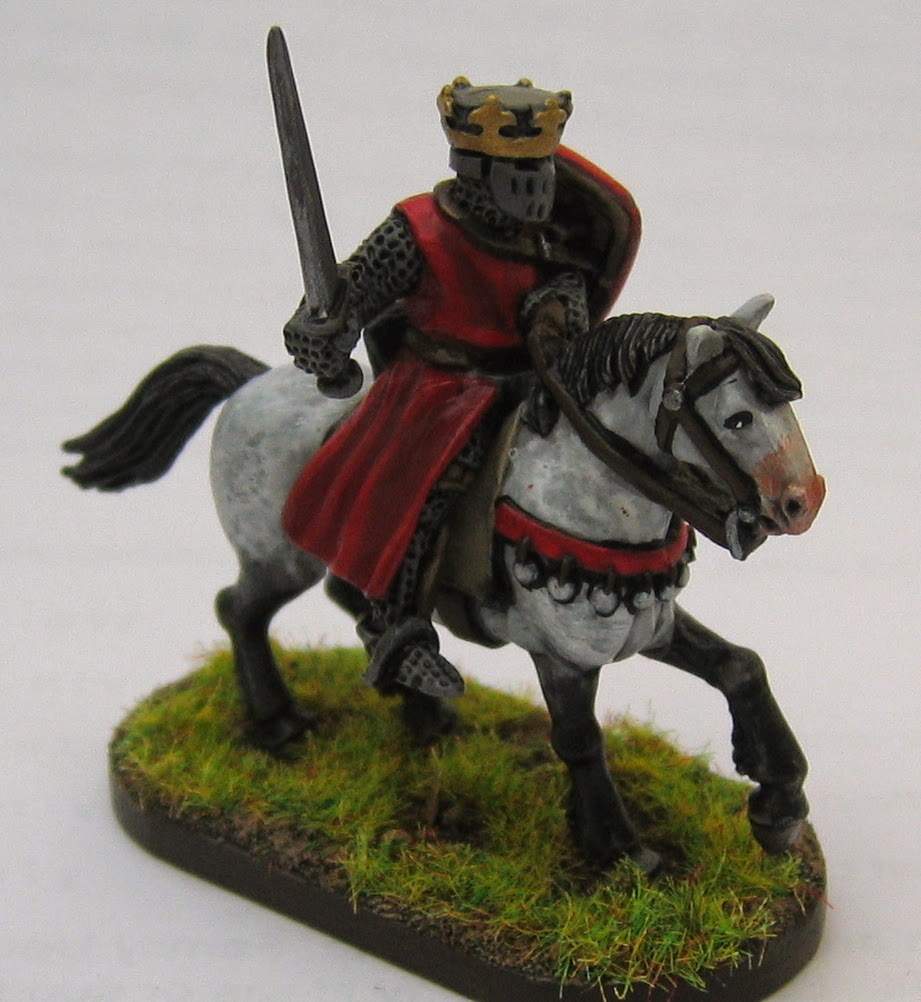 I cannot remember where I obtained this model, though I suspect that it was a "free gift" for renewing a subscription to some wargaming magazine many years ago.  Still, it's obviously a miniature of Richard the Lionheart!

I'll use him in occasional Robin Hood games, though I'm tempted also to think of him as the start of a Crusader warband for The Crescent and the Cross (the medieval version of SAGA, set in the crusades).  Must't get too distracted by this idea, though.
Posted by Colgar6 at 14:11