A little while ago, I mentioned that I was building some WorldWorks trucks for my 28mm modern wargames such as All Things Zombie: here.  Note that this was an impulse decision and not based on a need for trucks in any upcoming scenario.  Still, here we are! 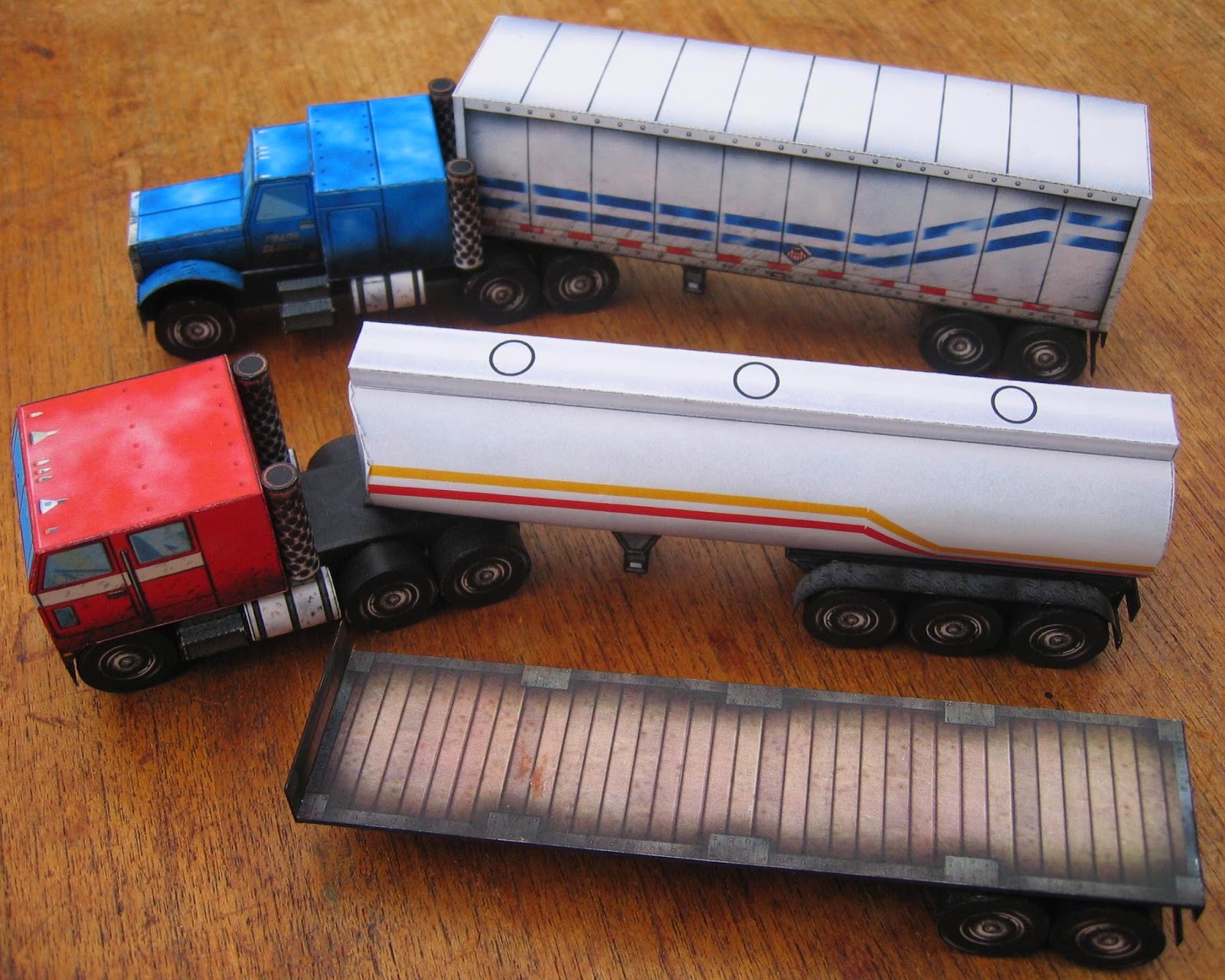 So far, I have built 3 semi-trailers and 2 tractors.  That's probably enough for now; much as I enjoy building these vehicles I do need some time for all the other model-making projects which have been on hold for the past 2 weeks or so!

Both the red and the blue tractors have been built straight from the WorldWorks Mayhem Industrial kit and so I won't spend a lot of time describing them - the only modification is the addition of a socket to take the trailer's coupling, as described in my previous article.  Mayhem Industrial gives 3 choices of colour scheme for each of the long-nose and cab-over variants (blue, yellow & green for the long-nose and red, white & black for the cab-over), but sadly there's no black long-nose.  Maybe I'll kitbash one some day, with a little rubber duck mascot on top of the bonnet/hood?

The container semi-trailer is also built straight from the kit and is also one of the 3 possible variants that are supplied. 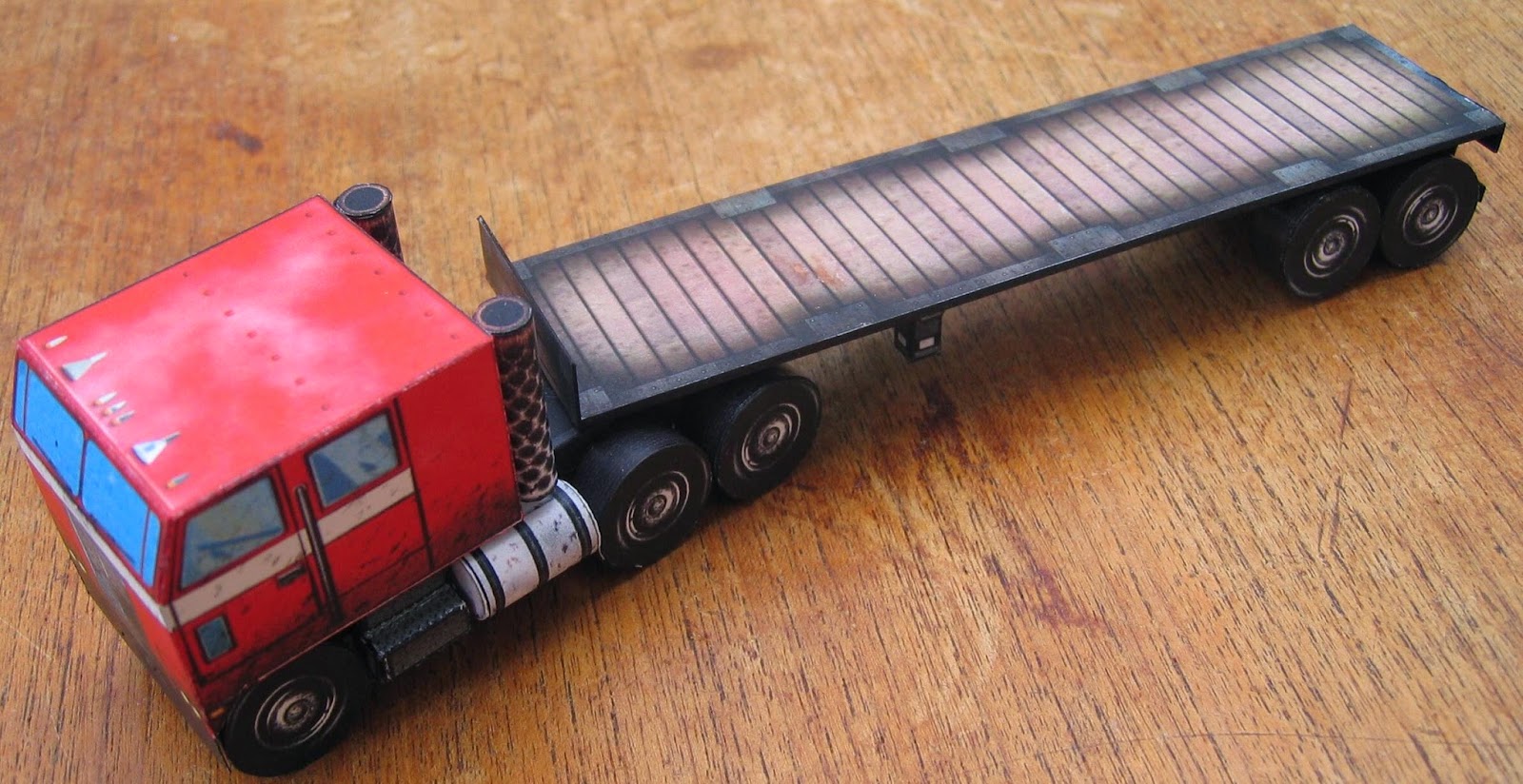 As well as the container semi-trailer, I thought that a flatbed would be useful.  I can put any kind of loads I like on this: logs, concrete pipe sections or large pieces of machinery.

For the most part, this is also built straight from the WorldWorks kit; it's basically just the container semi-trailer but without the container on top.  There are a few minor modifications to my version, though:

Articulated tankers are such an important part of many movies and other sources of inspiration that I just had to have one.  However there was no such model in the Mayhem Industrial set.  What was I to do?

So, there are essentially 2 parts to this model: the undercarriage and the tank itself.  The undercarriage is all from the WorldWorks kit, but very heavily modified.  The tank is entirely my own design. 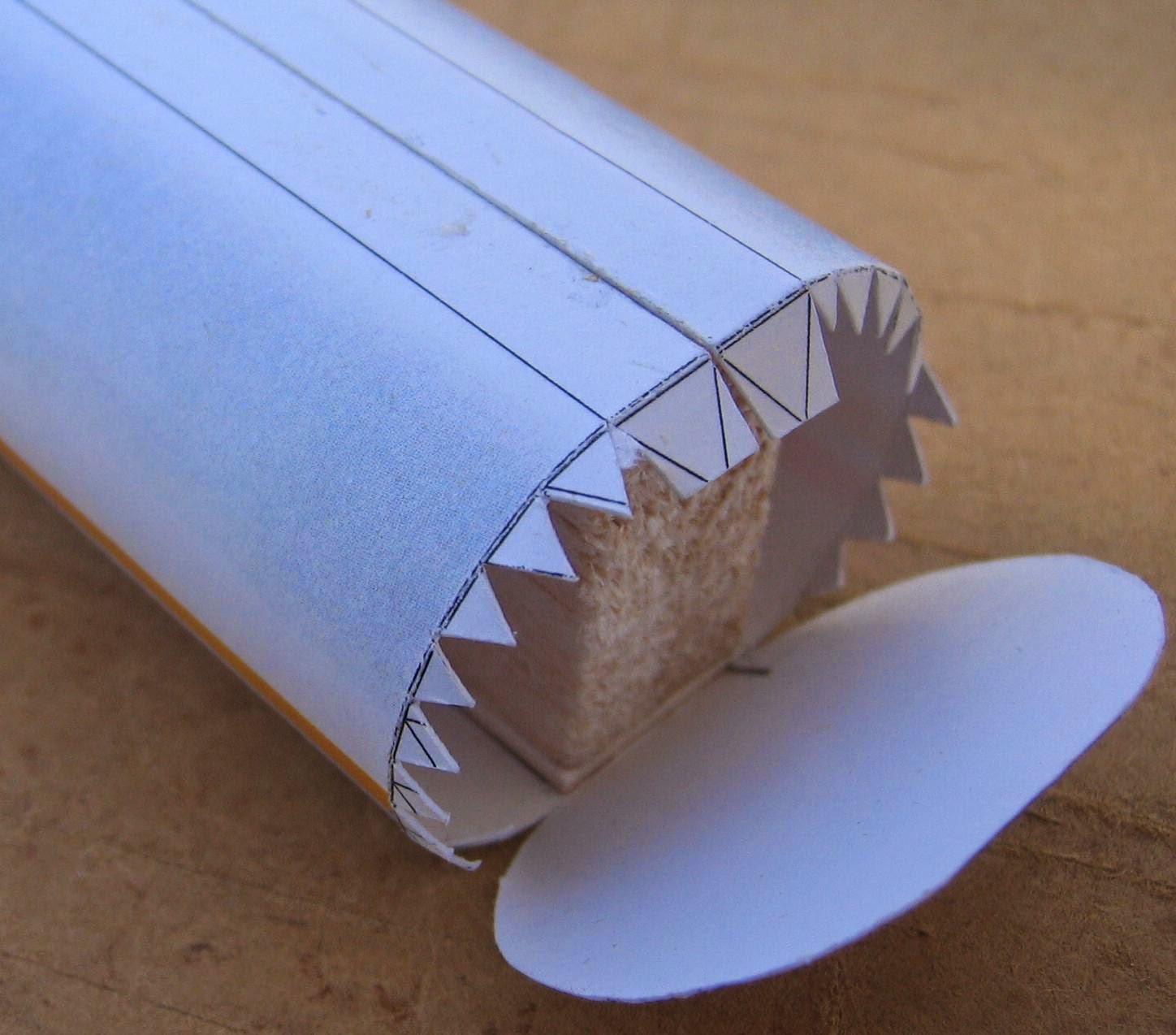 I'm not a graphic designer of any kind, but I'm reasonably good with 3d shapes and how they can be built up from 2d designs (nets).  The tank itself is just an oval prism, though I swept back the front end a bit.  I have added some texture to the model, but sadly it doesn't look very evident in any of these pictures.

Rolling a card tube of this length is very difficult, so I added an old block of balsa along the centreline.  Even with this support, I'm not entirely happy with the way that the tank turned out.  The front was particularly troublesome and I couldn't get the curve even from top to bottom - I don't know why.  Perhaps I should have added more formers along the length of the tank?

Compared with the tube, the top block (with the hatches) was very easy to build.  Note that this tanker is about 4 or 5cm shorter than it would be if the model were true to scale.  That matches the length of the WorldWorks semi-trailers.  I haven't measured them but I suspect that this is a compromise in the name of playability.

As mentioned before, the undercarriage of this model has been adapted from the WorldWorks components.  Here are the main differences: 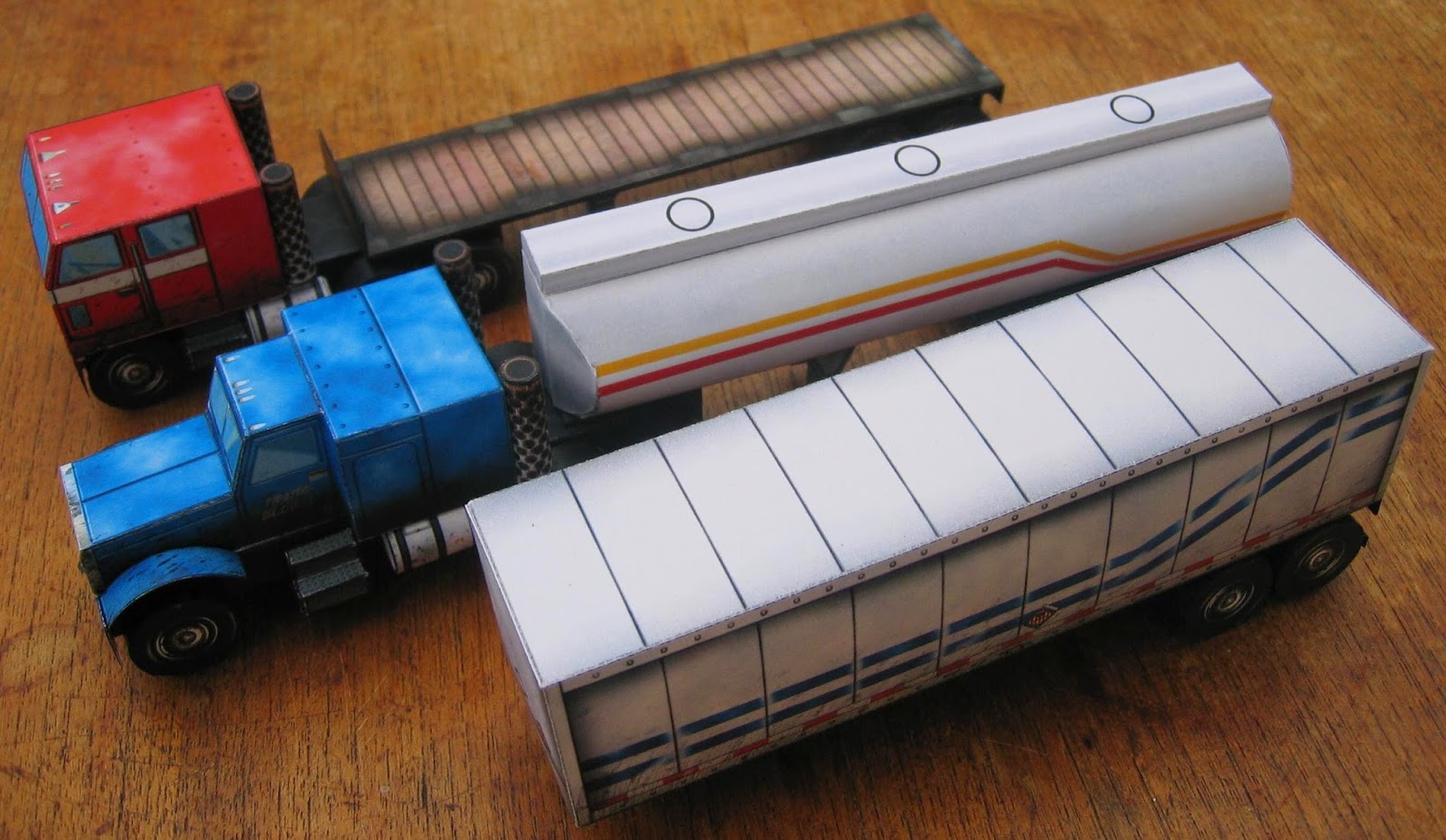 These are nice models to have and will no doubt find a use in my ATZ games or anything with a similar (modern) setting.  For the most part, they're straightforward to build (but oh, I'm tired of making wheels!).  The tanker semi-trailer took far longer than all the others put together; this was entirely due to the design work needed.  Every time I undertake such a task, I come out of it wondering where all the hours went!