And now, for something completely different...

I've been thinking that it's about time I showed some more of my models, since that seems to be what people like.  I've had a few Dreadball models for quite a while now (a year?) and they've languished on my painting desk, undercoated and unloved.  However since my son and I played a few rushes in an exhibition game at Claymore 2014, I've been trying to finish off a couple of teams of my own so that we could explore the game properly.  Here is the first such squad - the orx and goblins of the Mean Green Team, just completed yesterday evening!

First up: 3 guards.  Orx guards are the best available in Dreadball, which is hardly surprising since their role is basically to flatten anything which gets in their way.  These guys are plenty big enough to do that in style!

Obviously, these models all have the same pose.  Normally I wouldn't be happy about that, but for this game their role needs to be easily identifiable and having them similar will make this a bit easier.  In any case, I've varied the paint schemes a bit to help separate them. 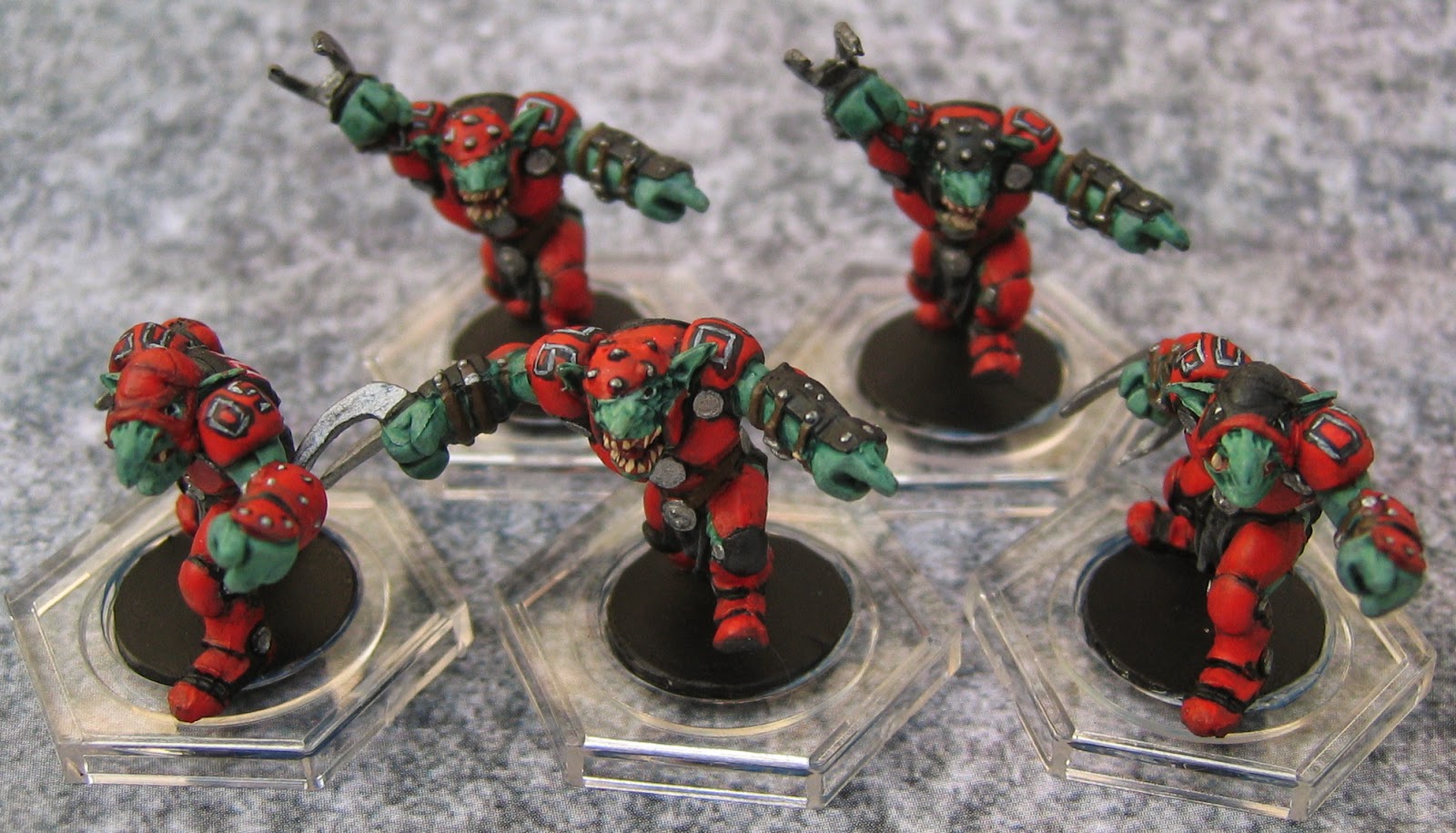 The Mean Green Team doesn't have any strikers (specialised ball handlers), so it relies on its jacks instead.  A jack-of-all-trades can do anything that a striker or a guard can do, but the jack doesn't fulfil either role as effectively as the specialists.  In other words, these goblins are a bit clumsy.  Ah, well... 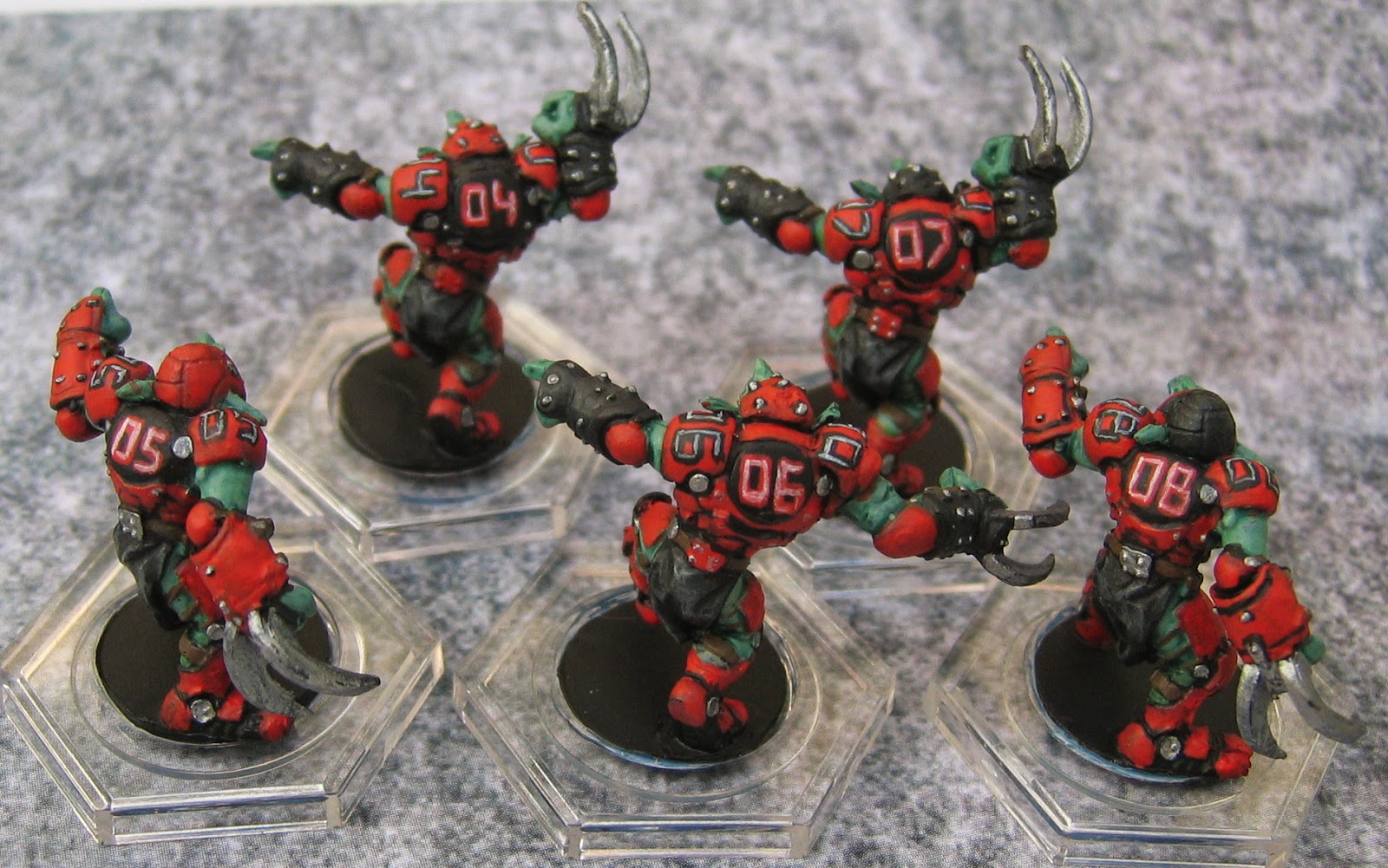 For the most part, I was reasonably happy with the hand-painted numbers on the players' armour.  However I can clearly see in this shot that I've made a right mess of 06 (in the centre).  Bother! 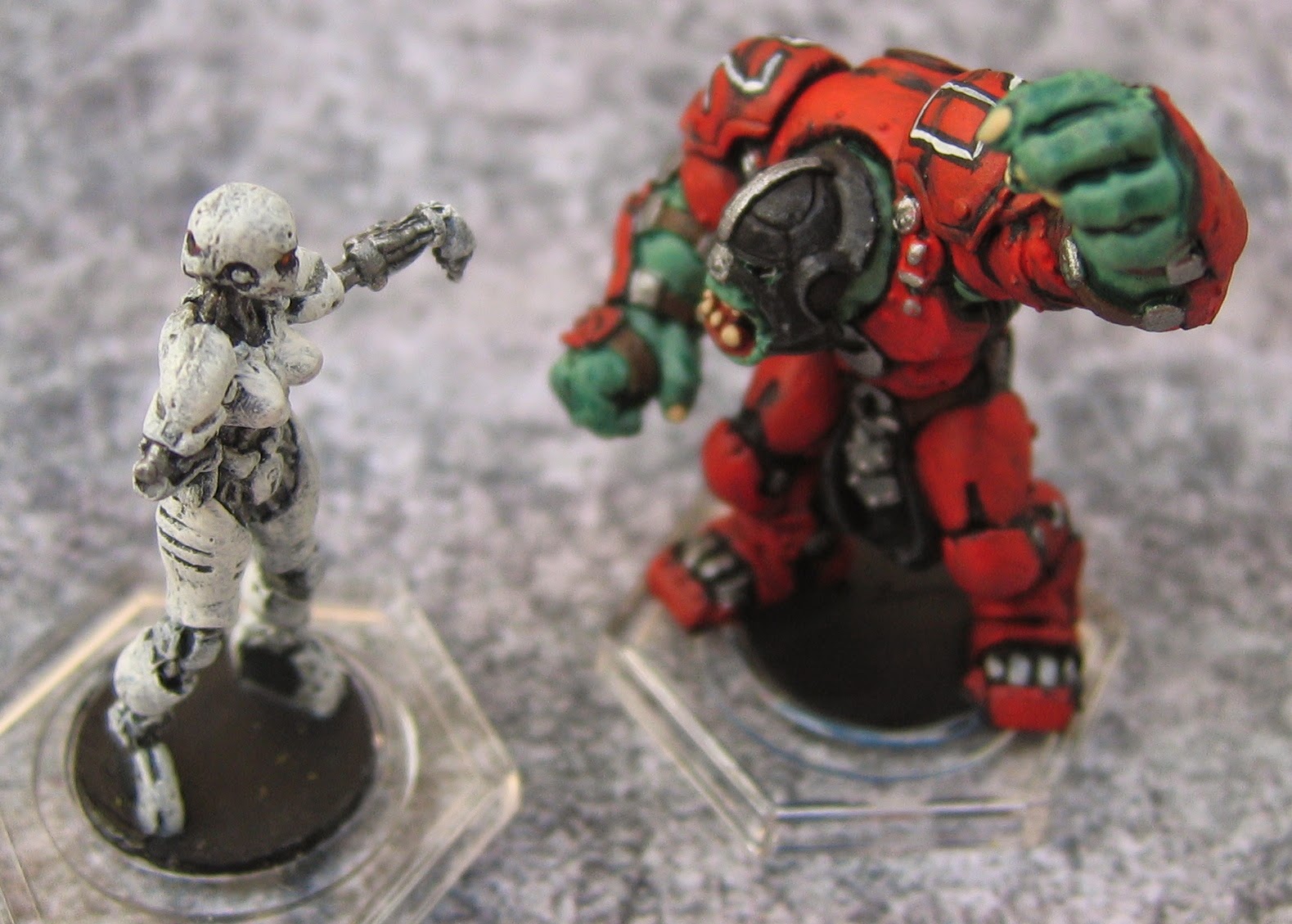 Final thought: this ref-bot is trying to tell off number 02 for some infringement.  I hope they have a spare referee handy; I don't think the player is taking it very well!
Posted by Colgar6 at 19:02