Recently, I've been concentrating on painting zombies and survivors for Zomtober.  However, that doesn't mean I'm ignoring all my other gaming & model-making interests completely.  At the end of this month, we have Halloween and for the past 2 years (I think?), I've run a game with a "witch hunter" theme on or near to that date.

Whilst I don't know if I'll find anyone with whom I can play such a Halloween game this year, I'd like to be prepared.  I have in mind a scenario where a witch has been captured and is due to be burned at the stake.  However, other members of her coven have gathered forces of darkness with which to oppose the righteous zealots and free their sister.  So, a rescue - but I don't yet have many more details than that.

In order to make such a scenario work, I need a pyre, topped with a woman who is tied to a stake.  I have all the other models that I might use, but not this centrepiece.  Hmm...

Fortunately for me, Baueda Wargames make a model of Joan of Arc about to be burned at the stake, suitable for use with 28mm figures.  Without that, this idea would probably have shrivelled and died quite quickly! 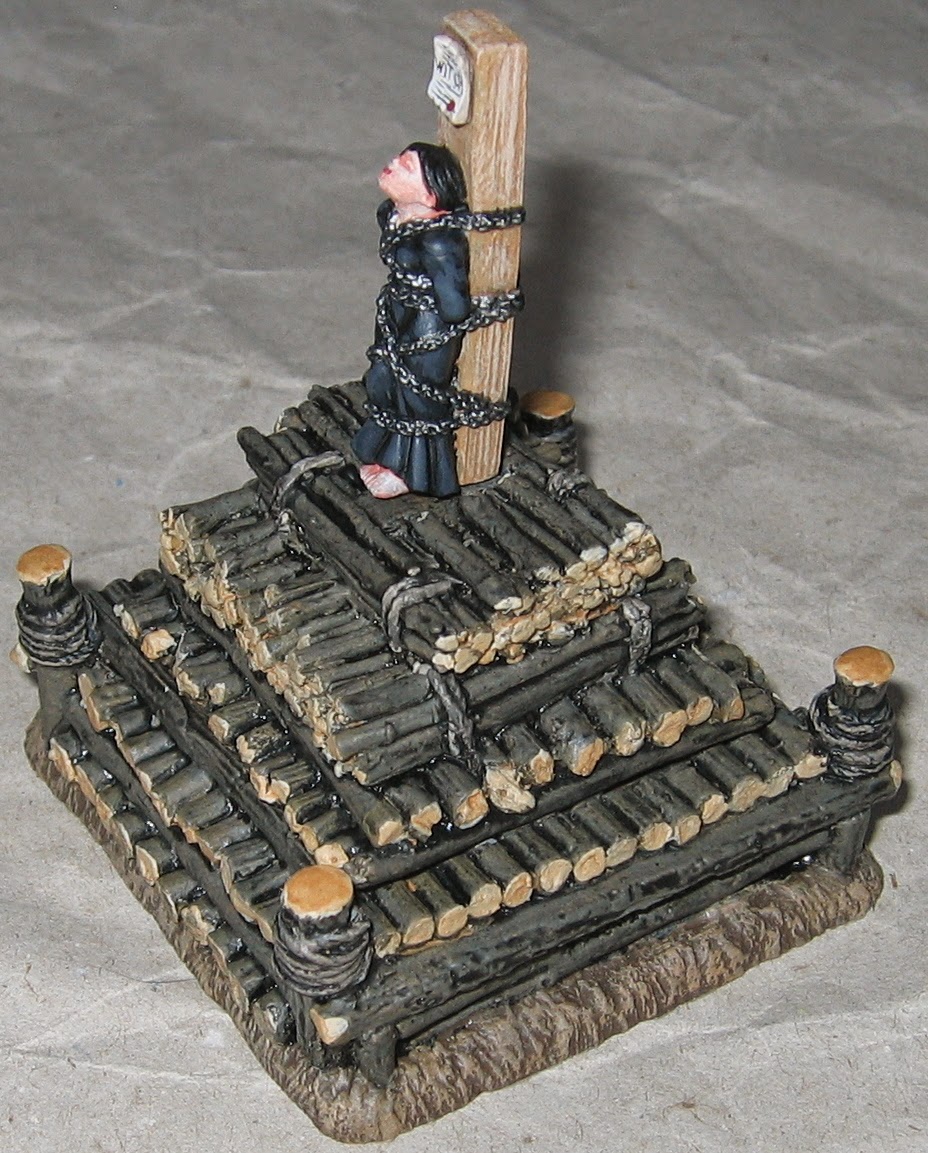 So, here is my captive witch, chained to a stake on top of a pyre.  You can tell that she's a witch because of the black clothing and the proclamation nailed to the stake that says "WITCH".  I did consider trying to sculpt a long nose and a pointed hat onto the model, but finally decided to leave it as it is.  I rationalise this by claiming that any worthwhile hag would use her devilish powers to appear as a young maiden when confronted with the forces of good, if only to try to distract the judge and seduce the jailers! 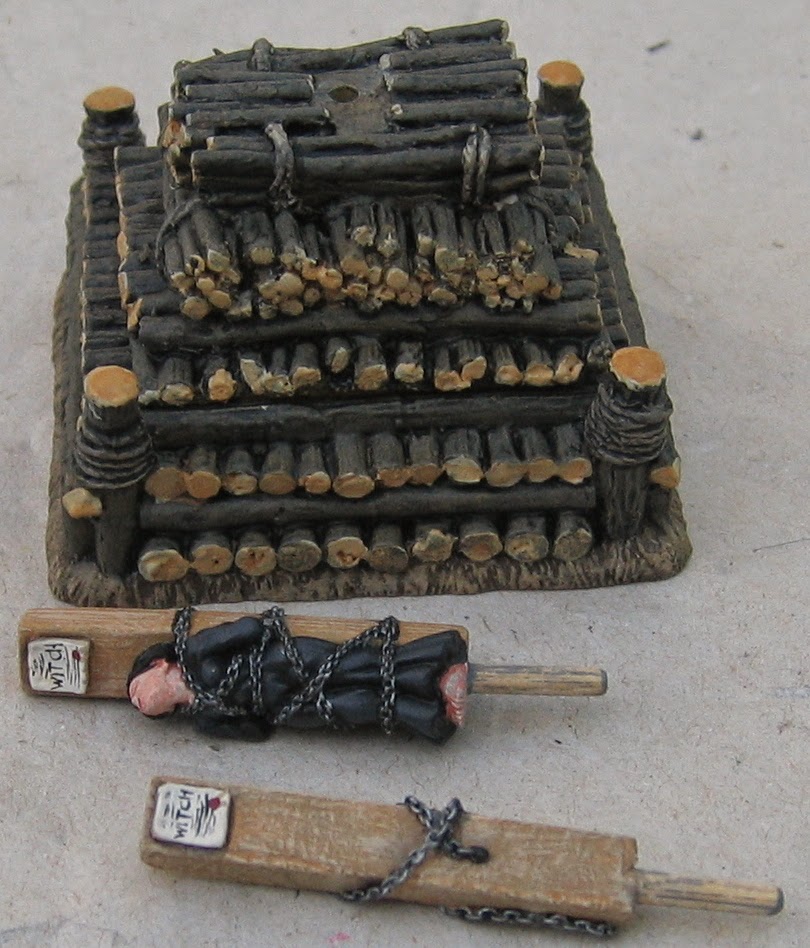 As sold, the model comes with the pyre itself (in 2 parts) and the maiden tied to a stake (in metal).  The latter is cast with a slotta tab on it, intended to be glued directly on to the top of the pile of wood.

Rather than fix the stake permanently, I've replaced the tab with a length of bamboo skewer.  Additionally, I created my own empty stake with just a few broken chains on it so that if/when the witch escapes, the model can be adjusted to show the change in status.  It should also be easier to store the piece by making the stake removable.

Sometimes a larger model isn't as difficult to paint as a small one.  That's the way it was with this piece, as there are relatively few different colours or small details needed.  I thoroughly recommend this model for anyone who needs a 28mm young woman tied to a pyre!

So now all that remains for me is to create the scenario in detail, find an opponent and wait for Halloween!