It's another Sunday in October, so here's another entry in the Zomtober challenge.  Once more, I'm presenting a duel between a survivor and a zombie - or is he? 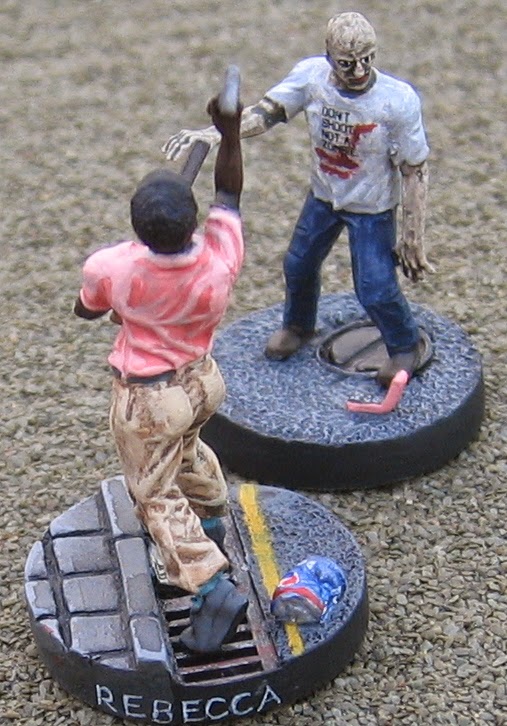 Today's confrontation is between Rebecca and "I'm not a zombie" zombie (INAZZ).  She's a straight build from Wargames Factory's "Survivors: The Women" kit, while he is one of Studio Miniatures' plastic zombies. 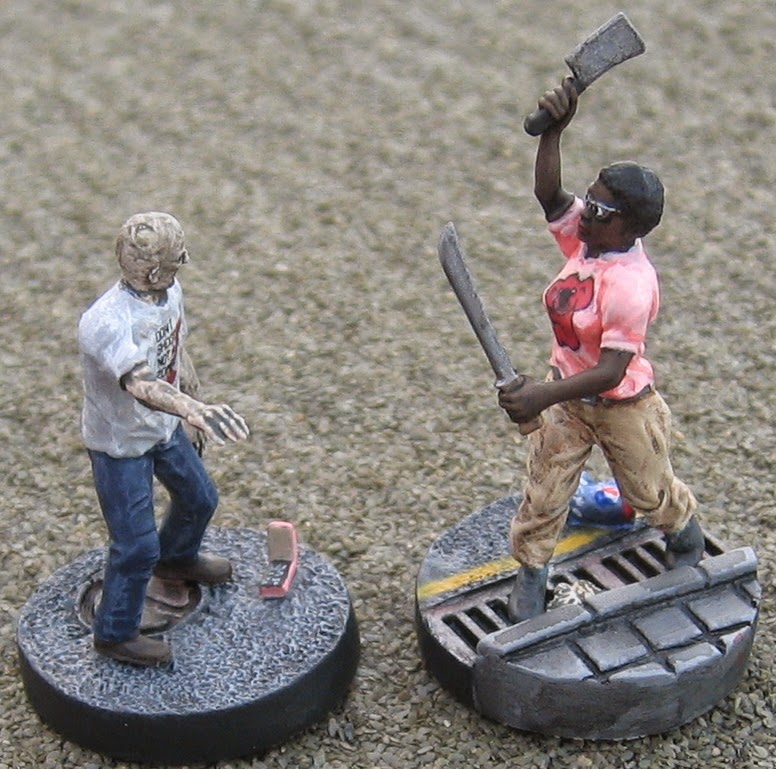 It looks to me as if Rebecca has been taken by surprise: she was just about to step forwards over the kerb when the guy appeared on the road to her side.  Rebecca has dropped her mobile phone (it's on the man's base), has whipped out a couple of weapons from somewhere and is in the process of spinning round to confront her assailant. 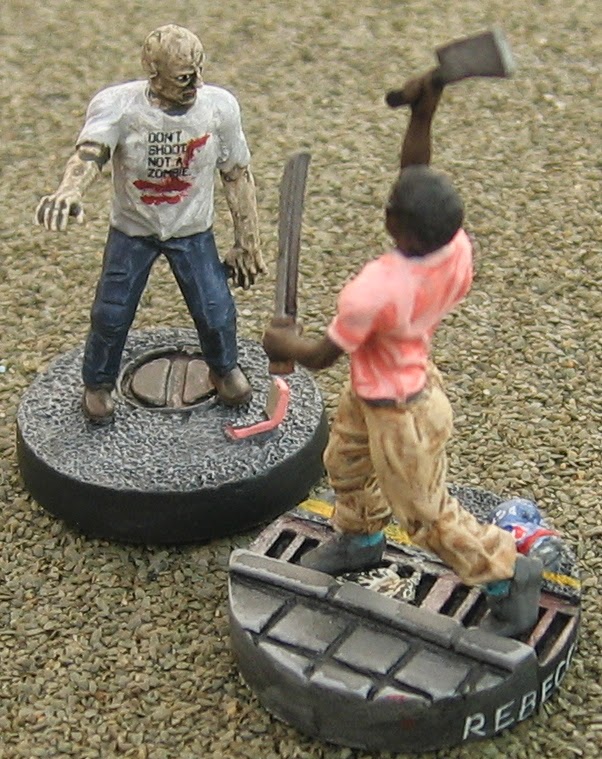 But is INAZZ a zombie at all?  He doesn't look very healthy, but maybe he's just cold, hungry, disoriented, drunk or has a bad cold?  His tee shirt says that he isn't a zombie - but since when did you believe anything that was printed on a tee shirt?

Both of these models are decorated with home-made tee shirt decals and have been fixed to resin urban bases from Escenorama.  You can read my mini-review of these bases here.  I haven't yet written an article about the tee shirt decals, but I will do so really soon - I promise!  Just be patient for a little longer, please...

So, who will win this duel?  It looks to me as if Rebecca is about to land a flurry of blows from her meat cleaver and katana on the unresisting INAZZ.  If he's a zombie then that's well and good; he'll go down.  However if he's really another survivor then will she have the presence of mind to realise this and halt her attack?  Or is she just reacting instinctively, too startled to do anything other than lash out?