It's week 2 of Zomtober 2014 and therefore time for another of my 28mm duels between a zombie and a survivor.  This time it's the turn of Kurt and Basketball Fan Zombie (hereafter known as BFZ, for short). 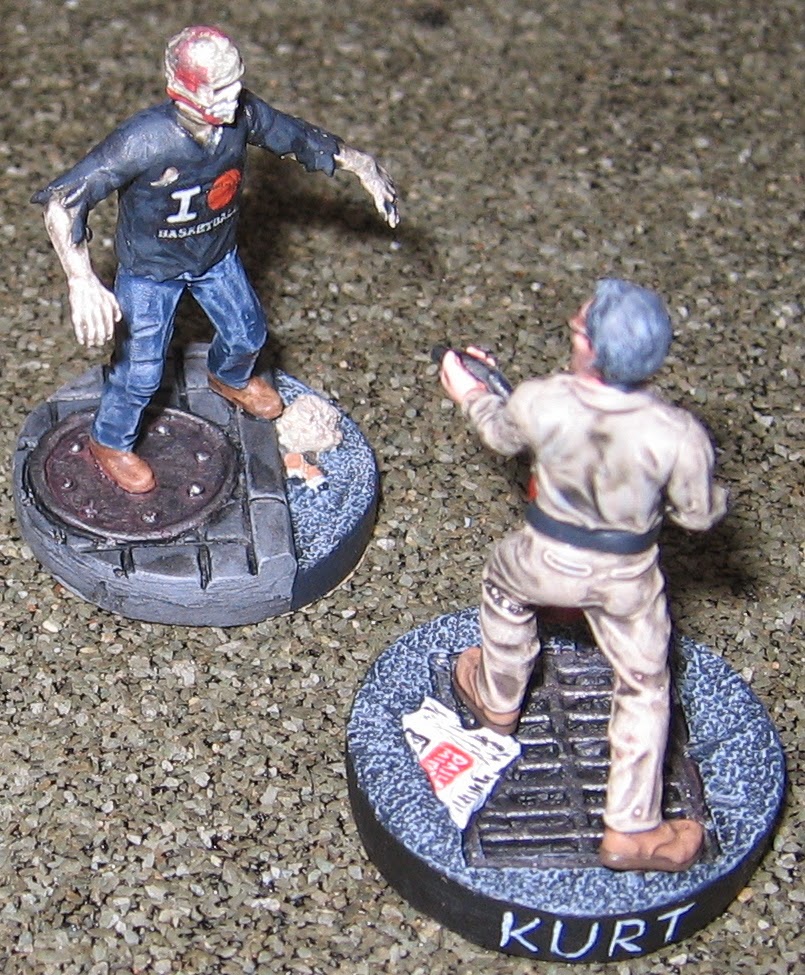 BFZ is a straightforward plastic zombie from Studio Miniatures.  Obviously he was a sports fan when alive and no, I didn't suddenly develop an extremely steady hand with a paintbrush in order to add those markings!  Instead, I've been experimenting with using home-made decals for tee shirts; he is the first result of such labours.  More on that another time. 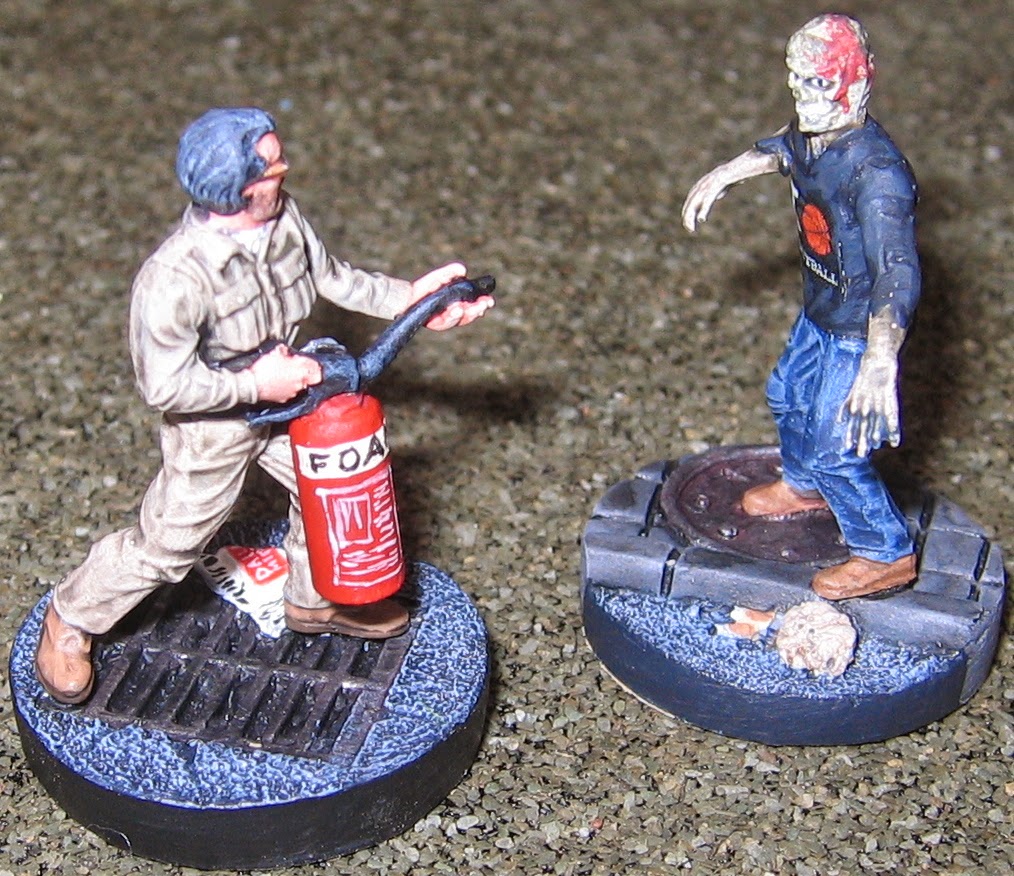 Kurt, on the other hand, is a minor conversion of a Wargames Factory male survivor.  His body and head are straight out of that kit, as is the left arm - but the right arm has been altered somewhat.  His weapon of choice (or perhaps necessity rather than choice?) is a fire extinguisher.  It's a metal component that came, I think, from a VOID vehicle accessory sprue - though I could be mistaken about that.

Both of these figures are mounted on some of the Escenorama urban bases that I mentioned in my last post.  I think they paint up quite nicely, myself... 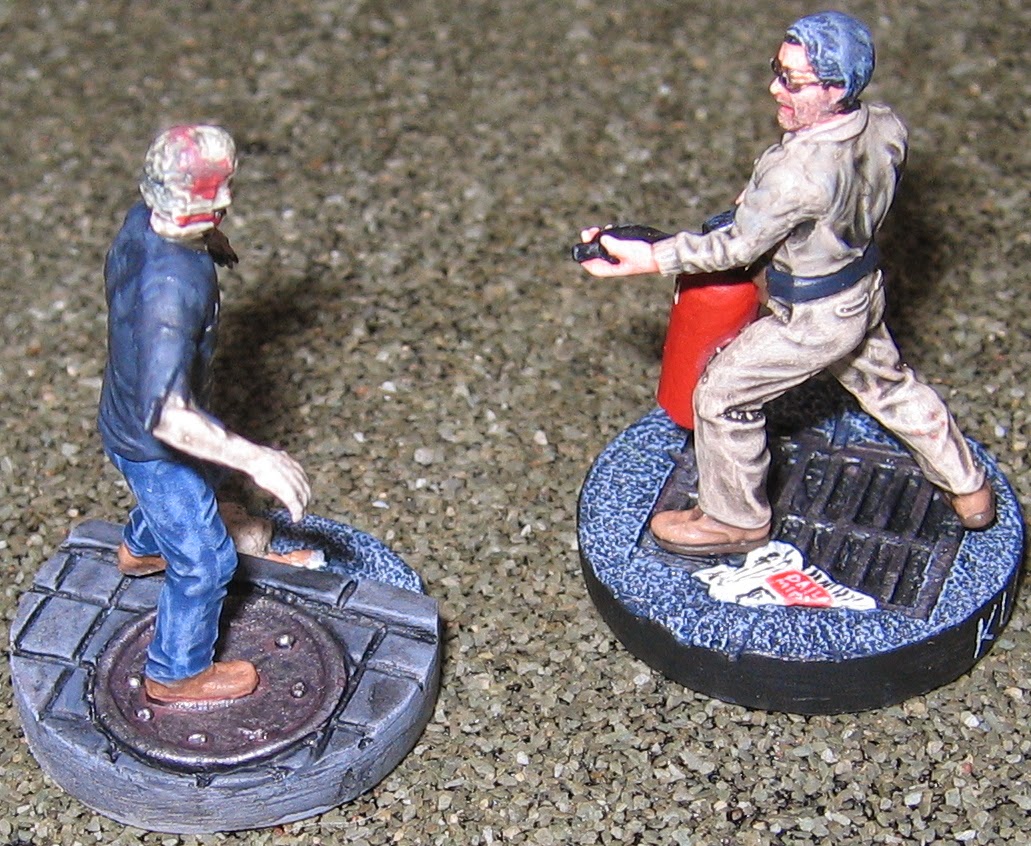 So, who will win this duel?  I don't think I fancy Kurt's chances much, though I suppose it depends how the zombie reacts to the fire extinguisher.  Perhaps the man is hoping to distract or blind BFZ for a few moments so that he can turn and flee?  Alternatively, it's quite a big extinguisher and therefore should have some clout if it could be swung effectively.  But my money's still on the zombie... 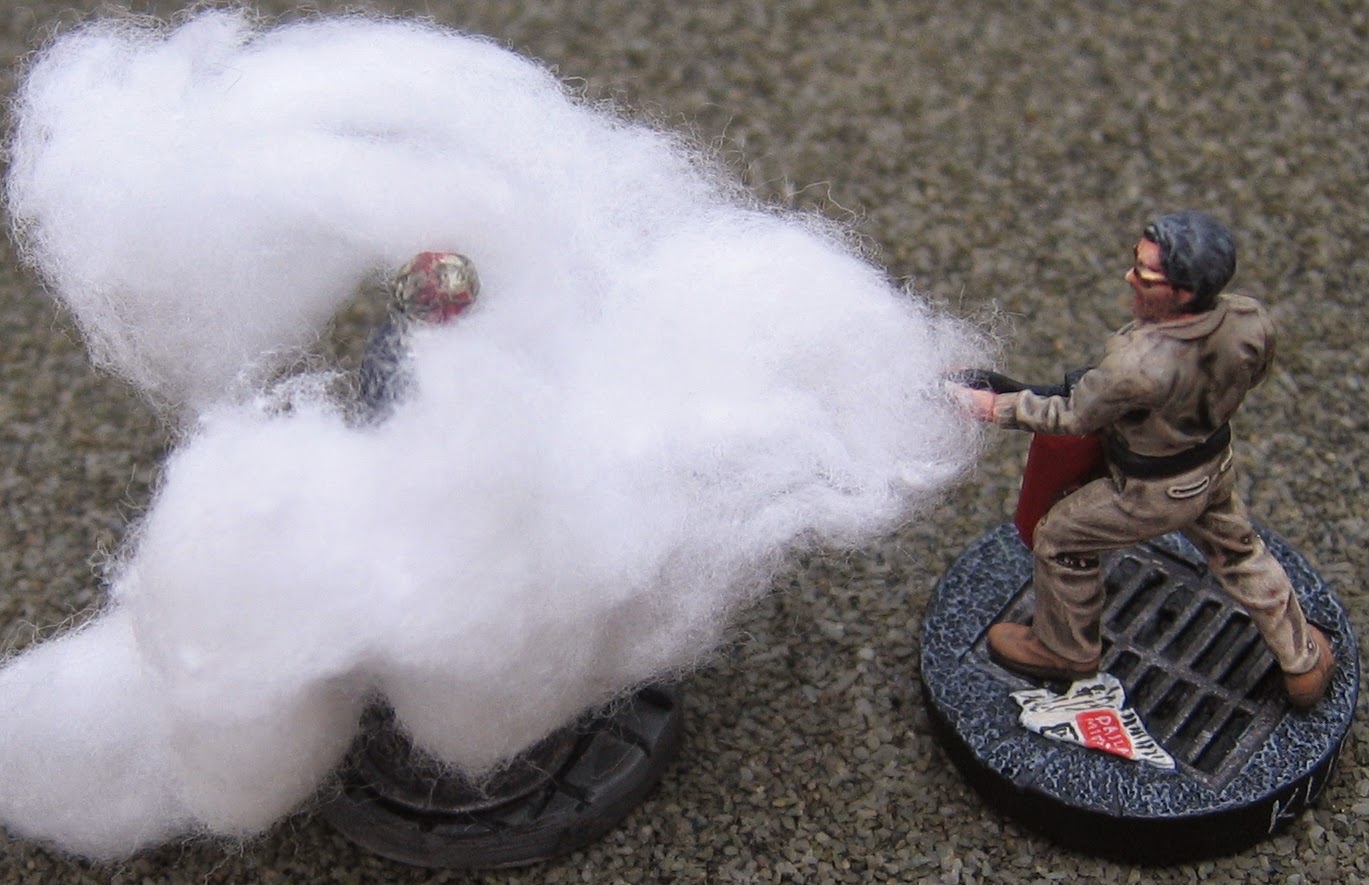