Captain Colquhoun and the Panzerbots

I'm still trying to clear my workbench of part-completed models, with a certain amount of success.  There's a long way to go yet, but at least I am now able to put a model down without having to move something else first.  It may not sound like a huge achievement, but it really does feel good!

Here are some more of the oddments that I've managed to complete over the last week or so.  They're all additions to my small collection of pulp figures. 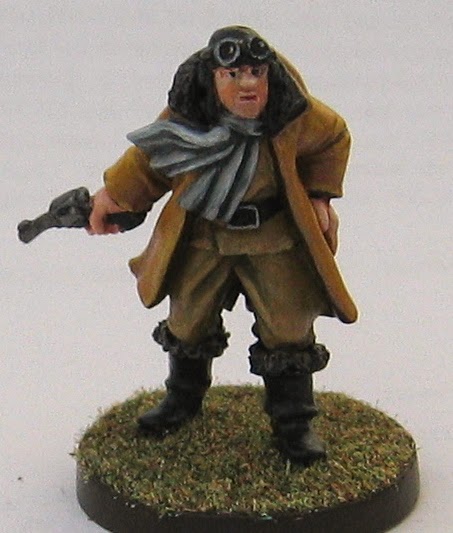 First up is Archie Colquhoun, the pilot.  He's a Biggles lookalike in flying helmet & goggles, khaki uniform, fur-liked overcoat and silk scarf, so he would probably fit in from about 1916 through to 1930 or so.  Possibly a bit later in some remote part of the world that still used open-cockpit aircraft. 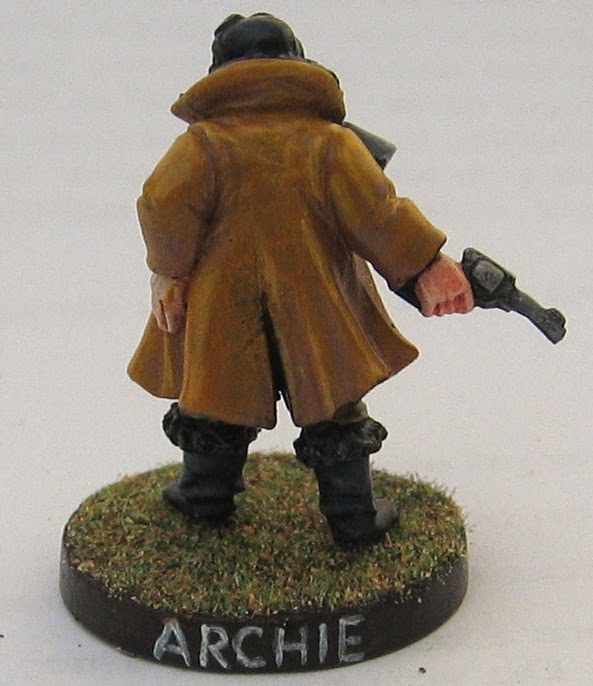 Archie is carrying his trusty service revolver, so I suspect that he's made a forced landing in hostile territory (though whether the threat is from Central Powers forces during World War I, Sky Pirates, Chinese bandits or Afghan tribesmen in the 1920s or something else altogether is anybody's guess)...

I think that this miniature comes from North Star Miniatures, possibly from Artizan's Thrilling Tales range, though I could be wrong. 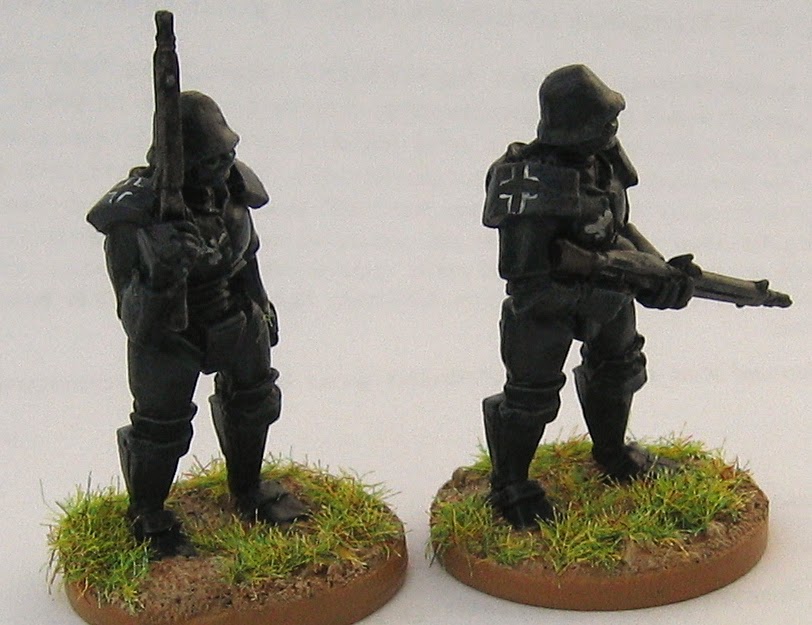 These 2 models definitely do come from the Thrilling Tales range.  They are "panzerbots" - Nazi robots from some alternate weird science version of World War 2. 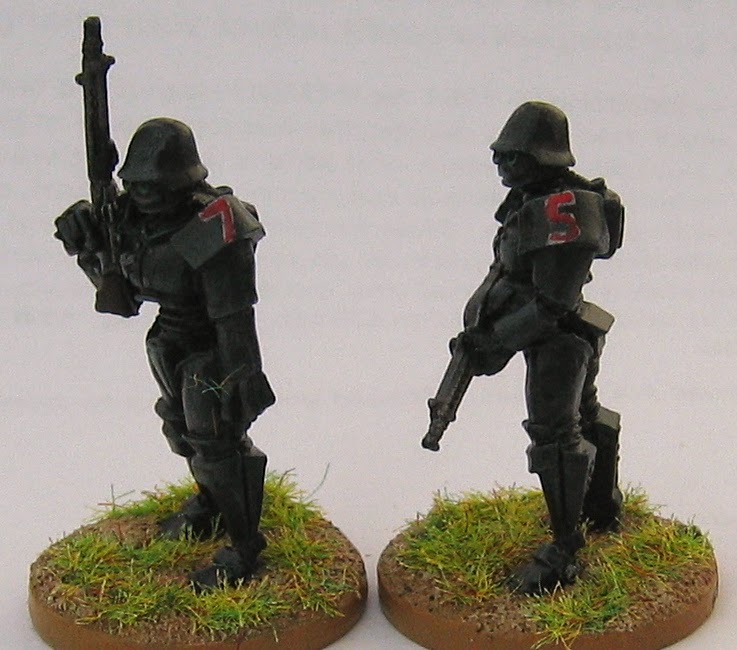 Both of the panzerbots are armed with machine guns, though there's no obvious ammunition feed to these weapons.  I suppose that I could have satisfied my misgivings on this score by adding a belt of bullets or a drum magazine, though this issue has only just occurred to me. 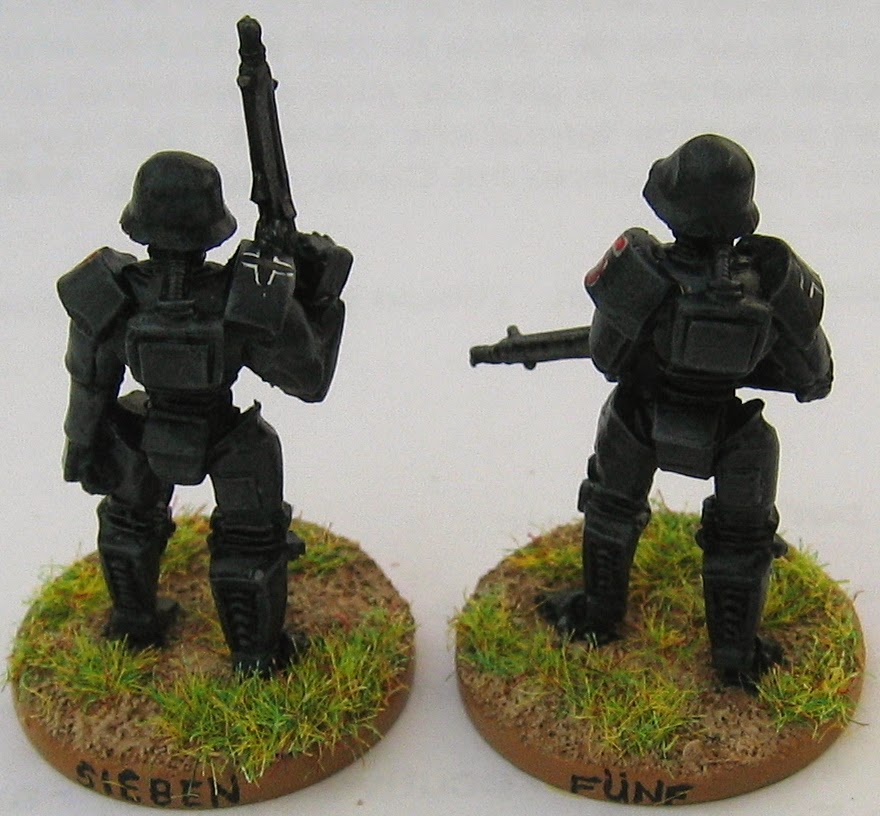 As a computer scientist myself, I can't imagine that 1940's artificial intelligence would have been up to much, even in an alternate history where the robotic servos and other machinery was available.  Consequently, I'm tempted to categorise these as rather stupid machines.  In addition, they're probably quite vulnerable to bullets or other weaponry since kevlar and the like don't yet exist.  Not the all-conquering stompy robots of fiction, though very intimidating to those who haven't encountered them before!

Of course, it's always possible that they are powered by occult forces or by alien technology and are therefore considerably tougher and smarter than I've suggested here...

These models all came from a "Bargain Bag", if I remember correctly, so there's no particular theme to them.  I've painted them up because I like them, not because I had any particular game or scenario in mind.  However, given that I've already got some Egyptologists, mummies, scarabs, snakes, Nazi agents and Arab diggers, I don't think it would be too difficult to come up with some ideas...
Posted by Colgar6 at 19:47