Following the previous articles on Mounted Troops and Light infantry, it's time to document the 3rd part of my Viridian force: the Heavy Infantry!

The Viridians were one of the original 4 human forces for the VOID game from the long-defunct Scottish company i-Kore.  My figures all date from this era (i.e. VOID 1.1) and the range is still available from Scotia Grendel.  They should not be confused with the faction of the same name from Urban Mammoth, who were a successor company to i-Kore and created new models and some new factions for the same fictional universe.  The Urban Mammoth models are very nice, but they're not really the same style as the older Viridians.

Firstly, here are some regular armoured infantry.  There are 2 squads in the background and a hero in front.  These are some of my first batch to be painted; they have very distinctive tan knee and shoulder pads and very little weathering.

Actually, i-Kore produced a bewildering variety of armoured Viridians (including, from memory, "Assault marines", "Shock marines", "Interdict marines", "Fenrir's marines"...).  However, as with the light infantry, I just mix them together in whatever way seems best to me at the time.

I also have a much smaller squad that was painted more recently.  They're the same metal models, but the armour is green all over and I've attempted to depict some wear and tear on it.  Possibly I've overdone the bare metal?

More "classic" metal models, though this time they're close-combat specialists.  As well as their "vibro-blades", they have shields made of advanced materials.  Possibly with minor force-field technologies built in to them as well?

The wolf-head designs on the shields are decals of my own making.  The ink on the paper ran a bit and so the designs are somewhat blurred.  Not something I'm really happy about, but I can't do anything about it now. 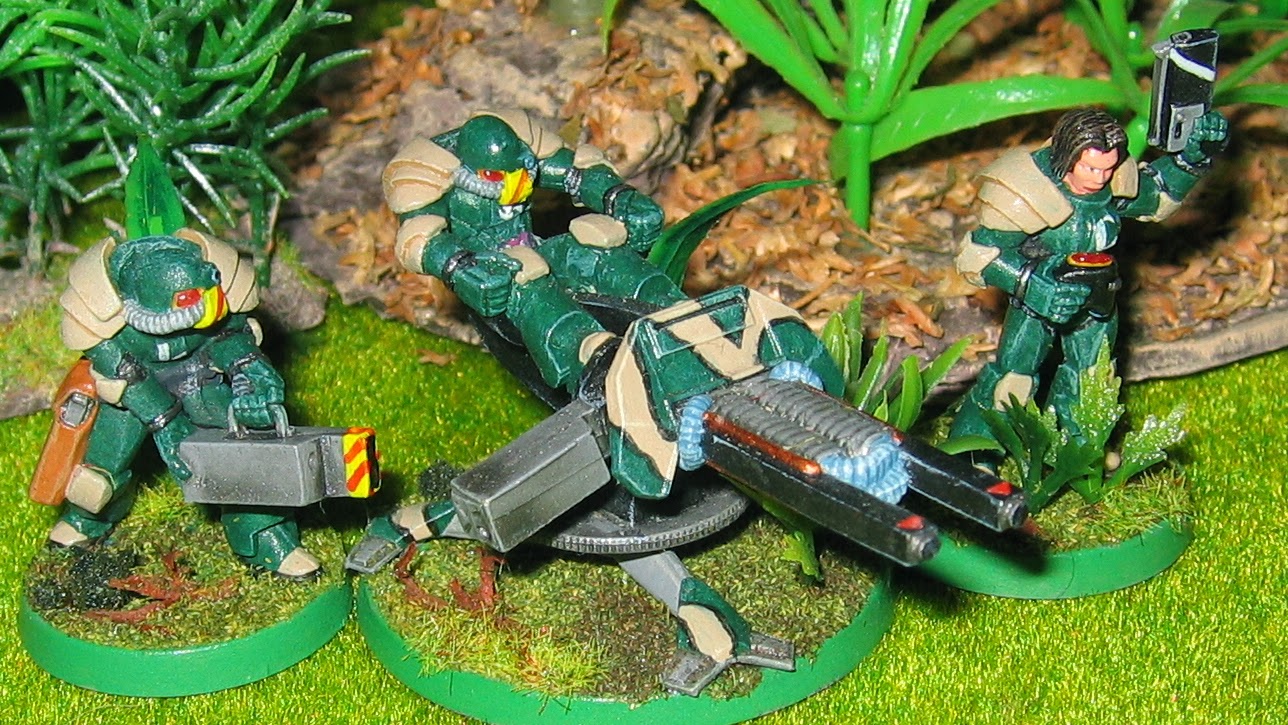 So far, I've only made up 1 heavy weapon for the armoured infantry - a twin gauss cannon.  Like many of my older models, I've based the crew figures separately from the weapon.  If/when I build more of these (from my lead pile), I'll probably put the whole lot on a single, larger base.

Just before the company failed, i-Kore released some plastic Viridians (and Junkers too, but that's another story).  These look a bit different from the metal figures, especially the heads and weapons.  I think I prefer the helmets; they look big enough to fit a human head inside (the metal ones are less plausible).  However the guns are overly bulky and can only be fixed easily to 1 hand.  The plastic shoulder pads are a nightmare and needed much trimming to make them fit.

For comparison, I also have a single squad of Games Workshop's Space Marines.  These have been painted in the same uniform as the i-Kore Viridians, so in theory I could use them in the same game. 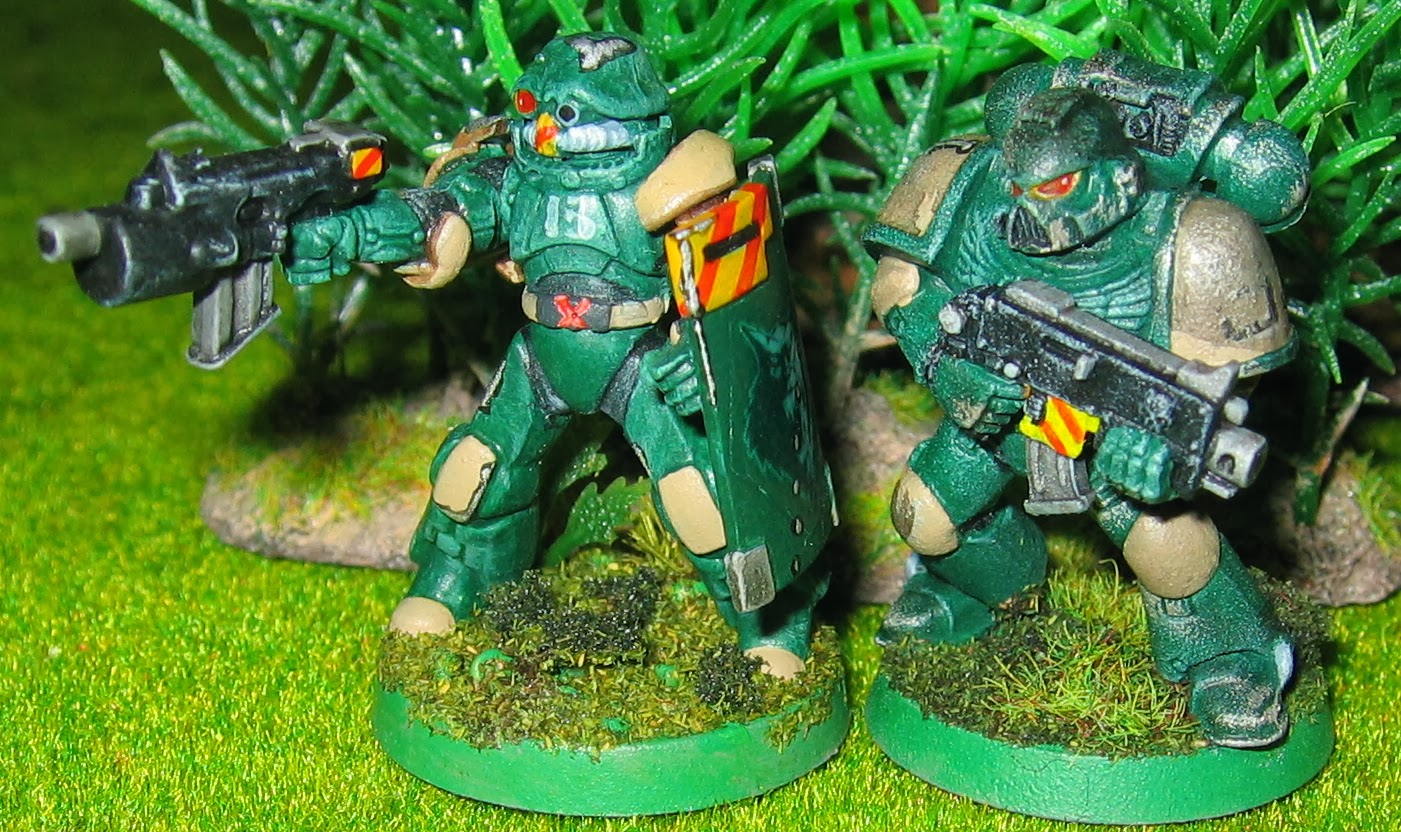 Finally, here's a side-by-side shot of an i-Kore Viridian marine (left) and a Games Workshop Space Marine (right).  Make of this what you will...