Just a quick round up of my gaming-related activities for the last few days: 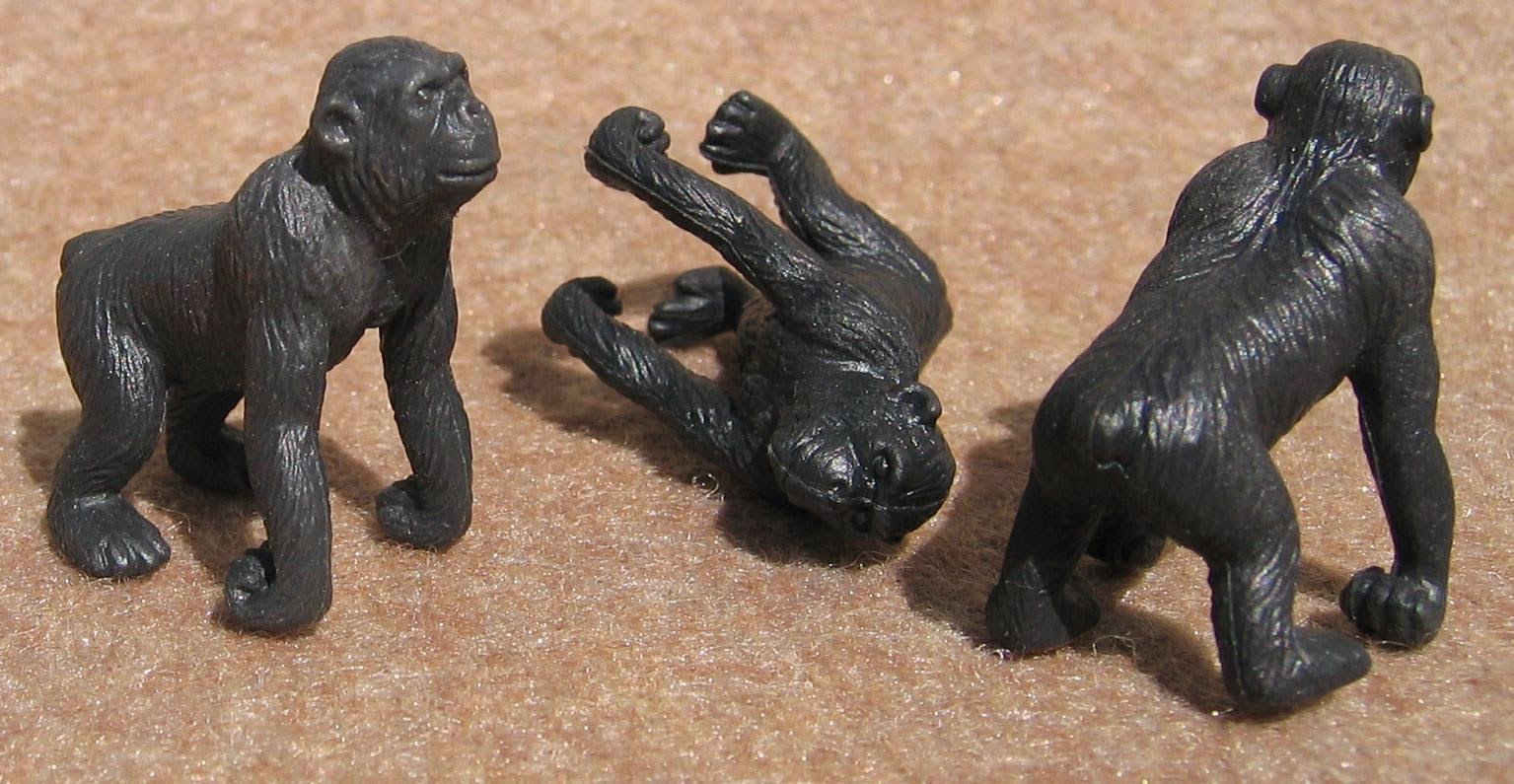 I mentioned in my last post (The Jungle Lord) that I had a bunch of plastic animals that came from a cheap toy set.  Here are some of the apes, exactly as they come.  I'm a little unsure which type of ape they represent, as the head is somewhat like a chimpanzee or bonobo but the posture and body is closer to a gorilla.  Mind you, neither is a particularly good match.  Anyway, let's see what happens when I paint up one of these as an experiment... 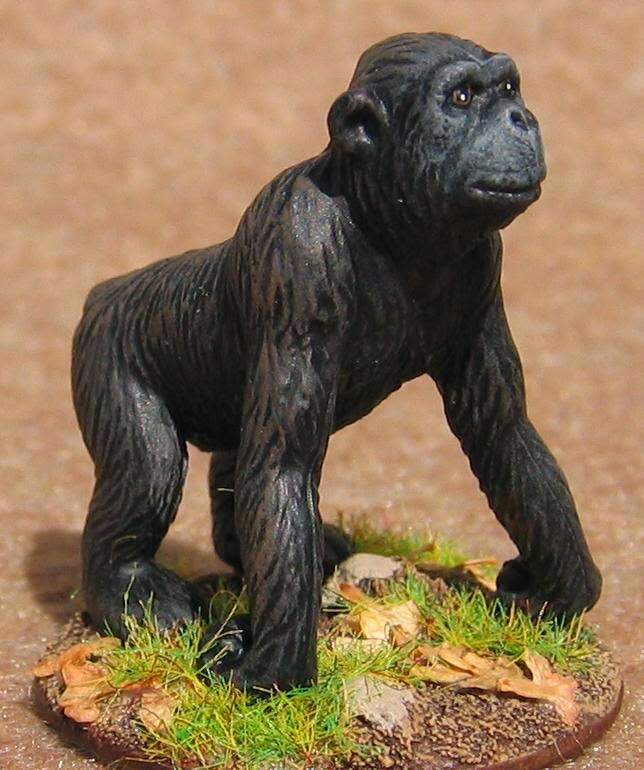 Here's the 4th ape, painted and based.  I haven't converted him (or her?) in any way, though when/if I paint the other 3 then I might make some changes.  Perhaps I'll make one's head face a different direction, open the mouth on the second and reposition the arm (and add a torn-off tree branch as a club?) for the 3rd? 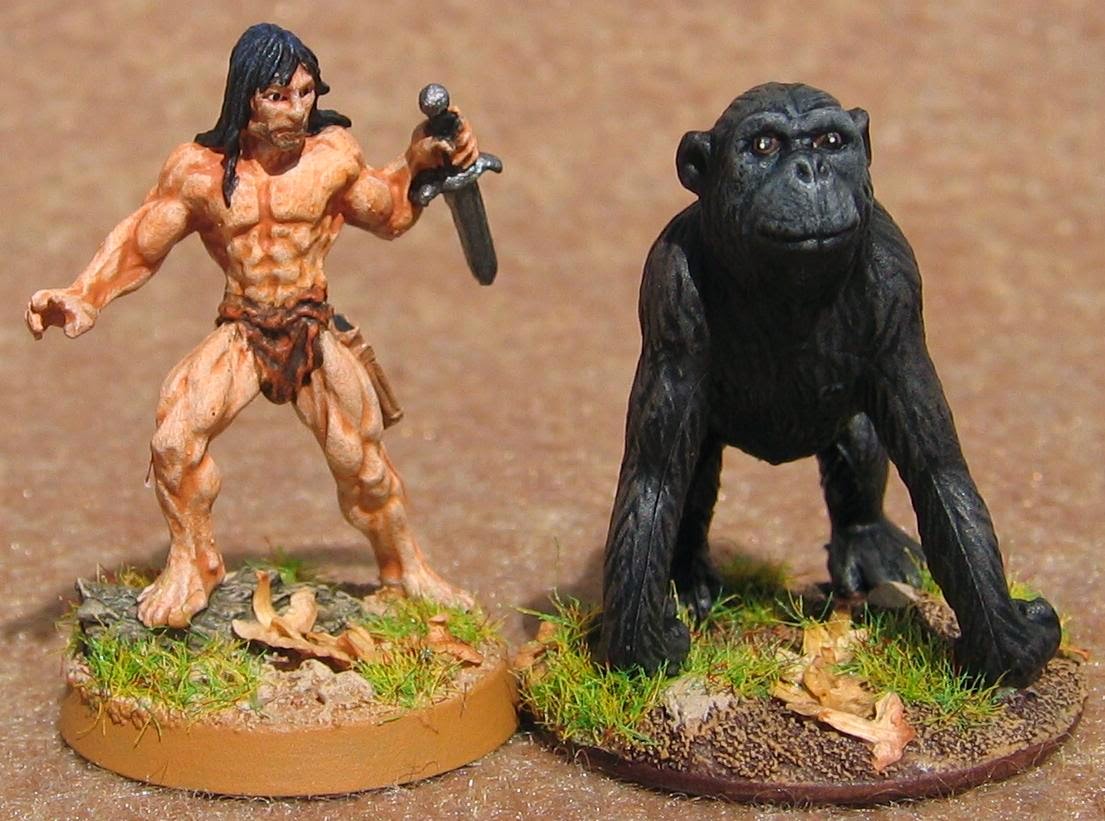 Finally, here's the painted ape beside Tarzan.  The animal is probably a bit too big, but maybe that's OK in the pulp world?  After all, a great ape should presumably be larger than life...

Now that I see these 2 models side-by-side, I'm annoyed to discover that I used my "dark" scheme for the ape's base, forgetting that Tarzan has the "light" scheme on his base.  That's careless!  I don't really feel like repainting it, but if I don't then it'll stand out like a sore thumb. 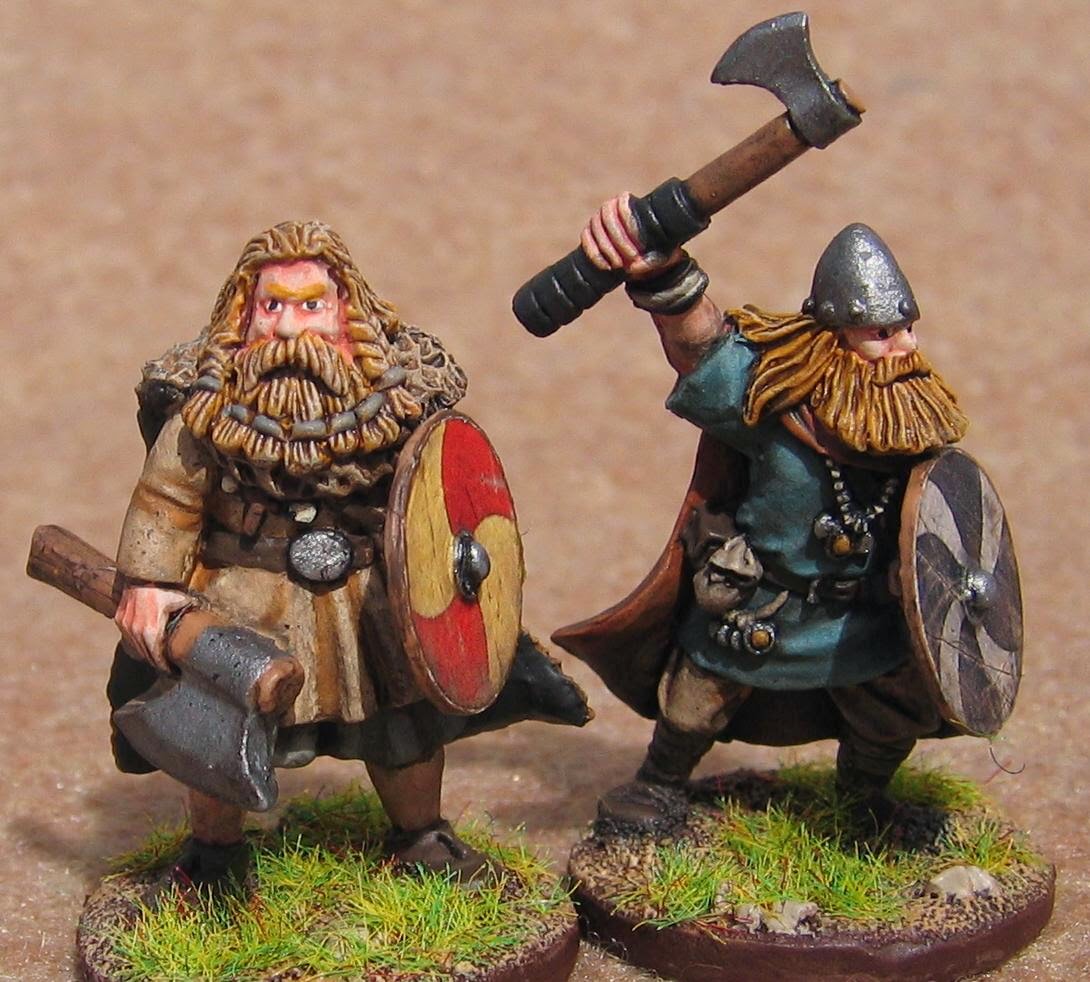 As promised in the title, here are some Vikings.  These exceptionally hairy warriors are from Foundry's "Svava's heroes" set.  They're the last 2 models from the pack that I bought at Salute 2014, so at least that's one thing I can cross off my "to do" list! 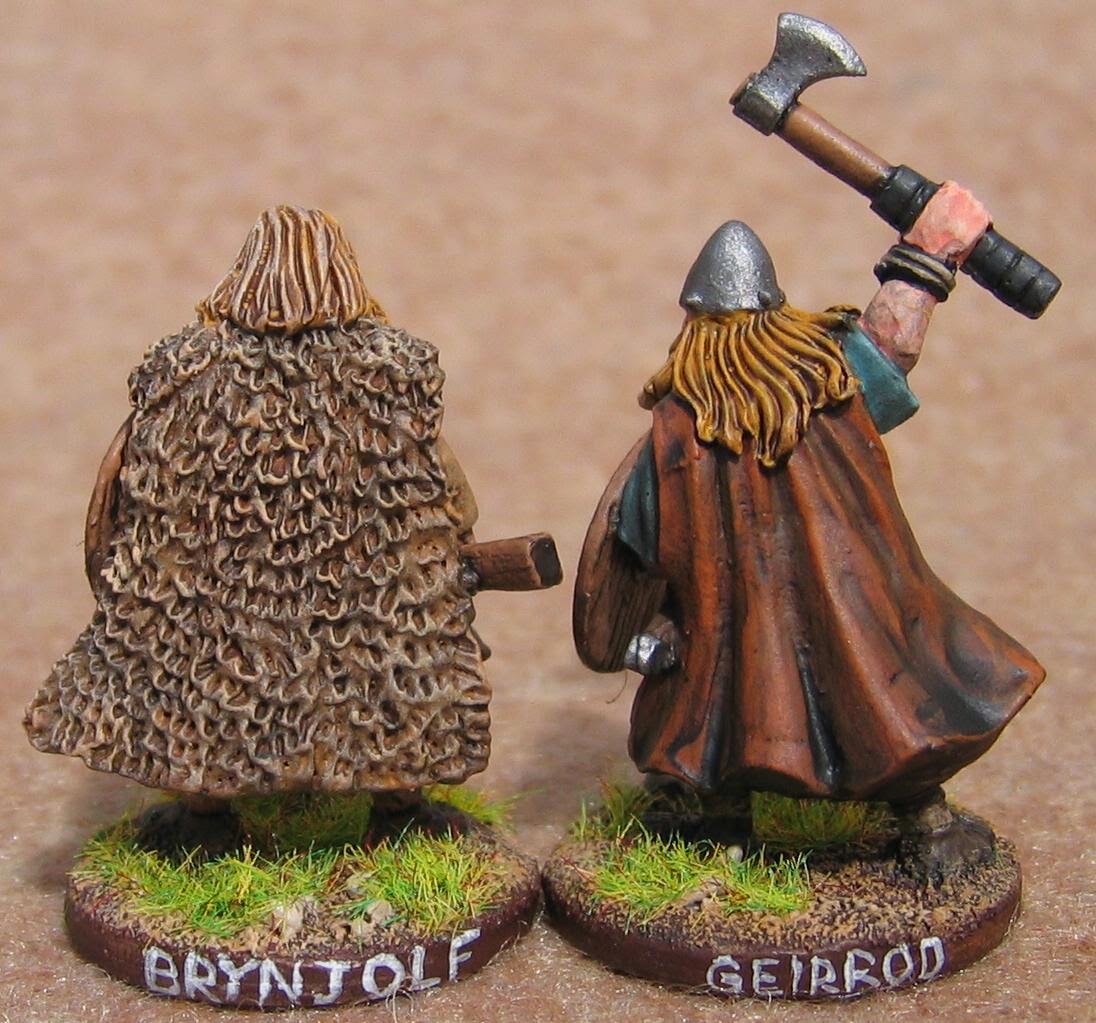 My "fine detail" brush was becoming a bit ragged recently, so the names on these models are a bit rough.  I gave up using that brush and got a new one just after this, when I saw how the lettering had turned out.

Finally, I've completed 2 brigade commanders for my 6mm 1809 Bavarian army.  I realised recently that I only had a commander in chief and no subordinates, so I rummaged around for mounted figures in my spares box.  Fortunately, Heroics & Ros packs typically have an abundance of mounted officers and foot command groups.  I've added standard bearers rather than the more likely aides, simply because it's easier to remember who is who if the base has a national flag on it.  Also, H&R supply far more flag wavers than I've ever needed, so I have plenty available!

That's all for now, folks!  I'd like to post a new game report soon, but it looks like it'll be a while before I have time to do this.  If that's what you want to see then be patient; it will happen eventually!
Posted by Colgar6 at 15:19