It's been quite a while since I added any new elements to my existing armies for Hordes of the Things (as opposed to creating new armies - though even that's not happened for a long time).  With that in mind, I bought a Skeletal Dragon from Reaper, intending to add him (her?) to my 28mm undead army - "The Cabal of the Black Hand".

For a long time, the poor guy languished on my workbench, having been built and undercoated but not based or painted.  However, it's fast approaching the time of year when I bring out my HOTT Santa Army for a battle and I figured that this year he could take on the undead hordes.  This spurred me on to complete the model, so here we have ... the undead dragon! 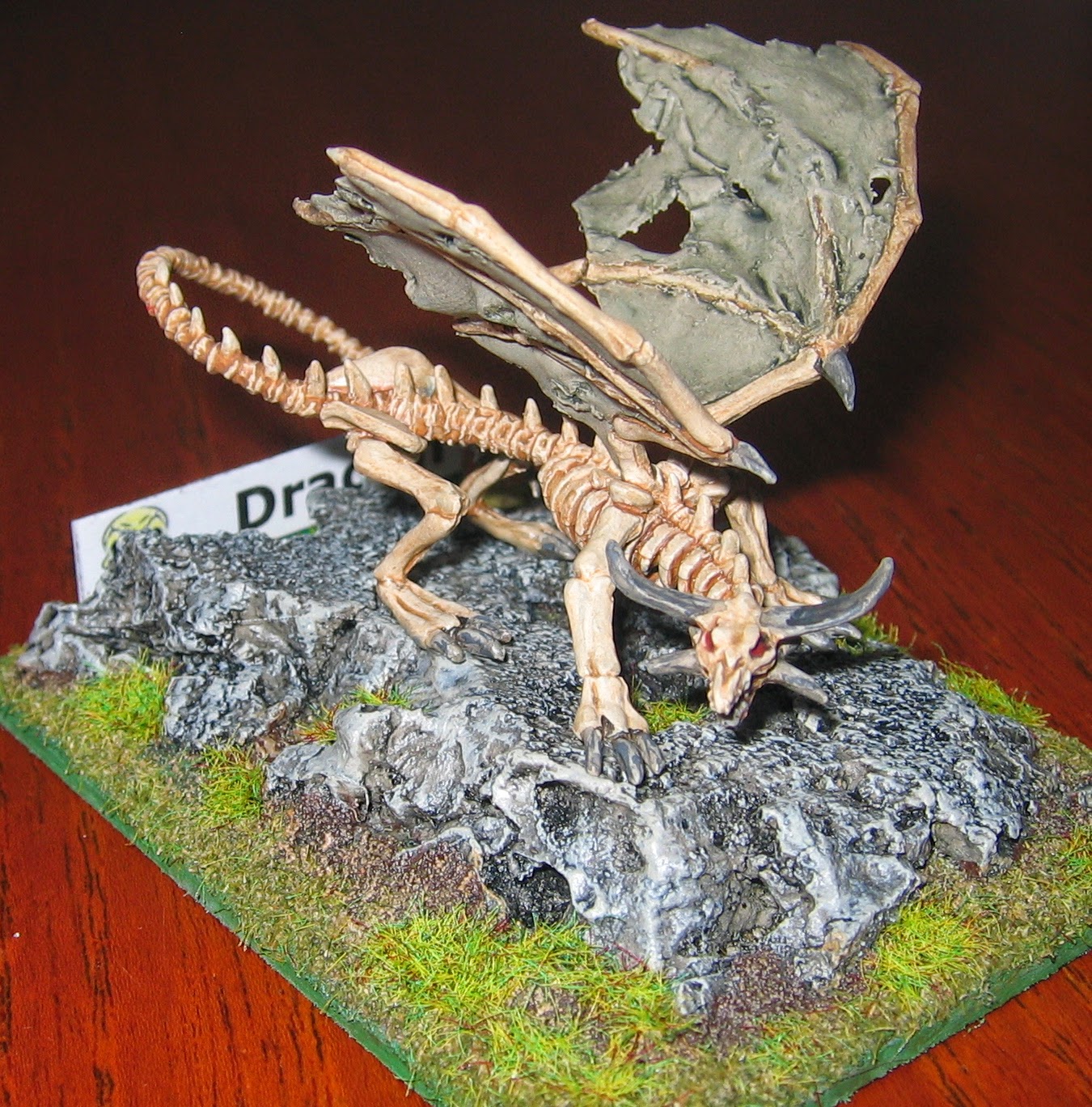 This isn't the largest dragon model available; he/she/it fits on a 60mm x 80mm base very comfortably.  Although he's quite low to the ground, I've calculated his scale length from nose to tail at over 20 feet, which ought to be quite enough to scare most people! 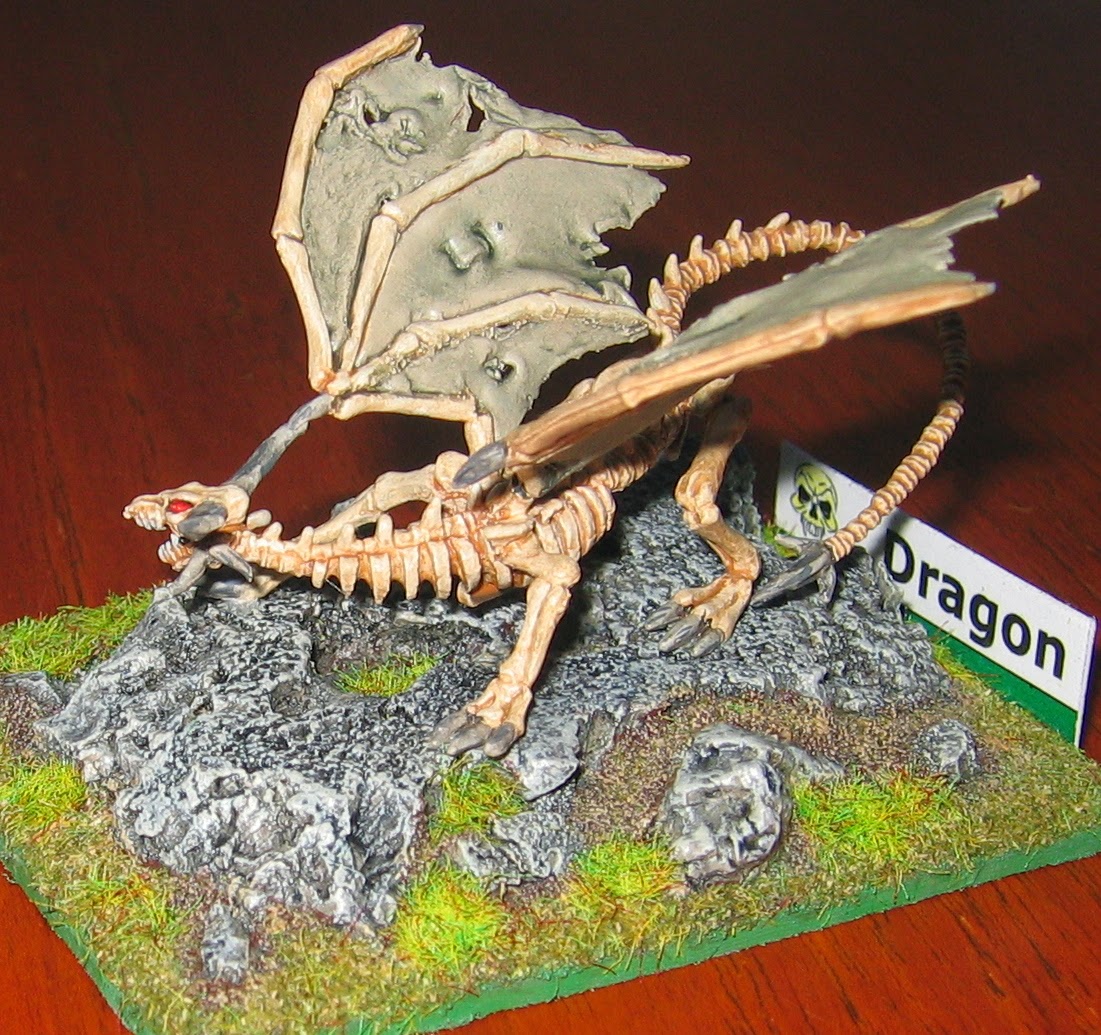 I didn't want other models (especially cavalry!) to tower over him too much, so I've placed the dragon on a rocky outcrop.  This was made from a slice of cork bark, with some small chunks of cork and some filler to blend in the edges. 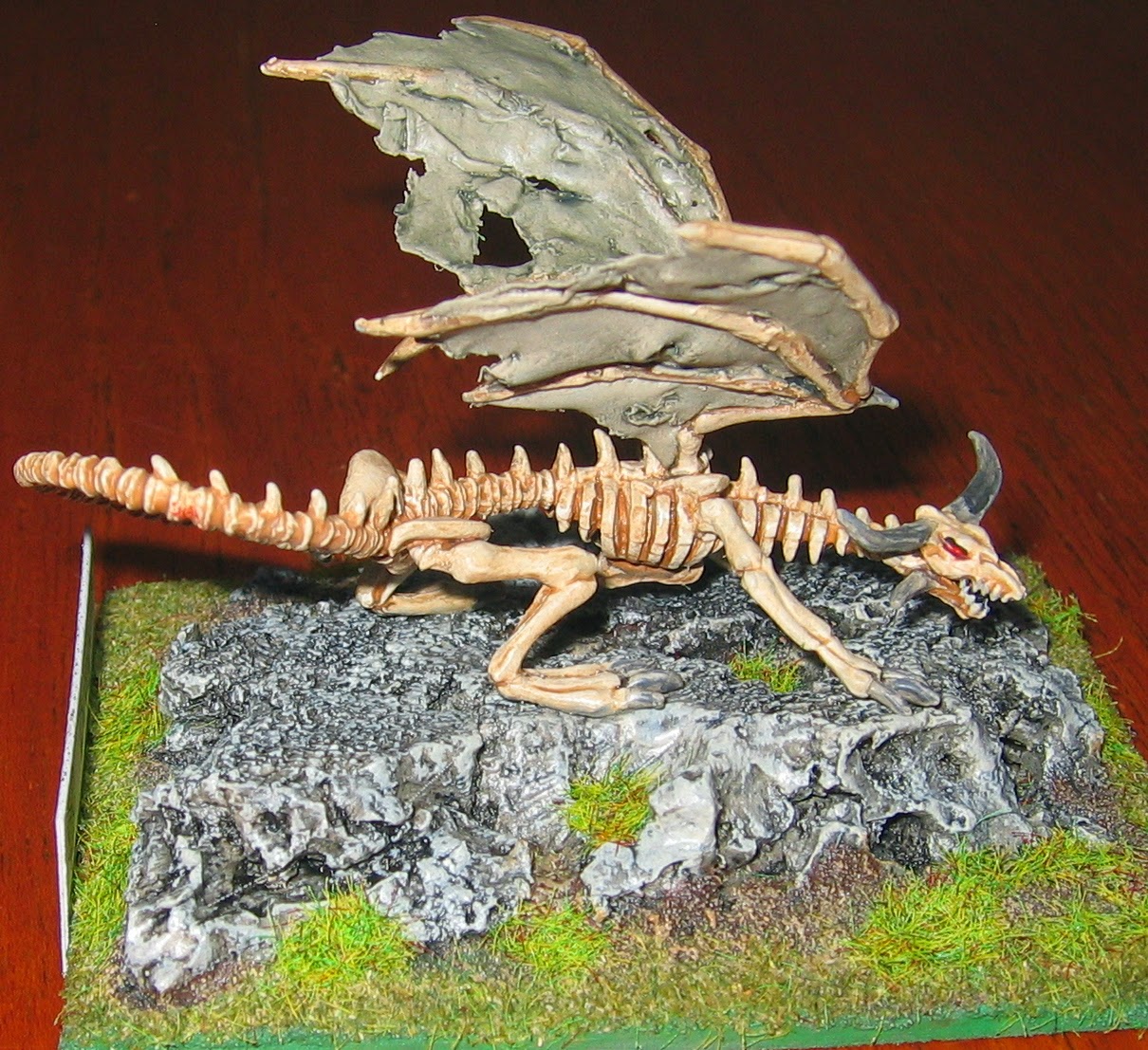 If you examine the original model from Reaper then you'll notice that I have given my dragon wings - or at least, I've filled in the gaps between the wing bones.  I used green stuff, rolled out into very thin sheets and then cut to the right shape.  This was a very difficult material to work with, so the wings ended up torn and sagging in places.  I've made no attempt to correct this; if anything I think it adds to the necrotic effect.

Painting was very simple: a base colour and a wash for all the main areas (rocks: grey, skeleton: pale tan, wings: pale grey/green), followed by a darker wash.  Once the few details (eyes, horns & claws) were added, that's about it!

I've got to go to the local pantomime (Cinderella) this evening, so that's all for now.  Until next time, then!
Posted by Colgar6 at 17:20

Email ThisBlogThis!Share to TwitterShare to FacebookShare to Pinterest
Labels: 28mm, Cabal of the Black Hand, HotT