Some of you may remember previous posts on my VOID Viridian models:
If you have seen these before then you'll know of my fondness for this army.  If not, then be aware that I display something from this force about once a year, as the fancy takes me!

Who are the Viridians?  As written in the original VOID fluff, they are technologically-capable fervent ecologists.  They usually choose not to use equipment which would harm the environment in any way.  Most of their military uses updated versions of 20th century weapons, with specially-bred dinosaurs acting as transport (!).  However, that doesn't mean they cannot build fighting vehicles as well, when necessary.  The fast attack skimmers are an example of that... 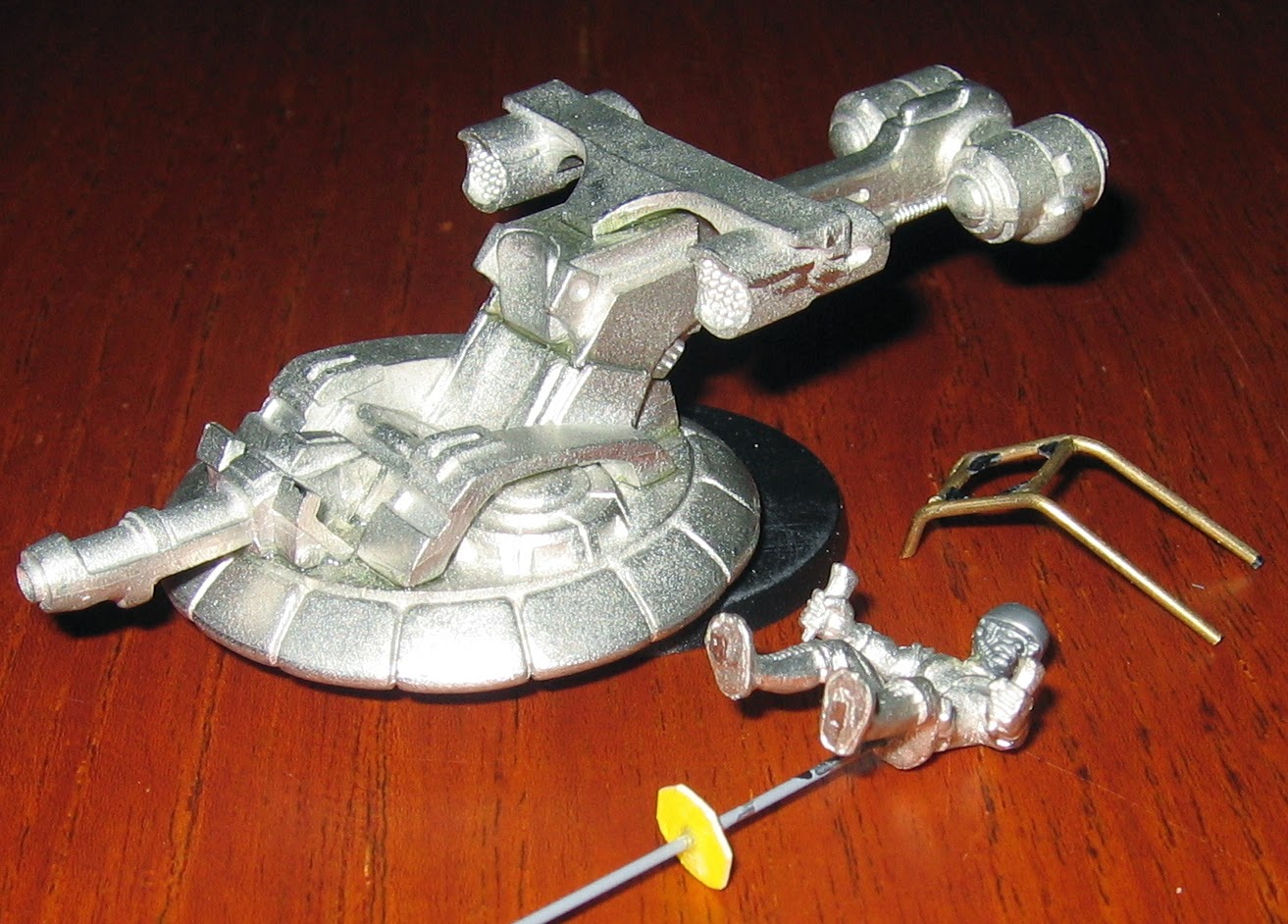 Here's one of the Viridian skimmers.  If you have particularly sharp eyes and a good memory, you might have spotted one just like this on my workbench in July 2012.  I've actually got 5 of these models (of 3 different subclasses) and I built them all many years ago.  After that, one was left out on my workbench as a reminder that I needed to paint them.  That lonely model stayed there for at least 2 years (possibly a lot more), until last month - November 2014.

In an attempt to reclaim some of my work space, I finally got round to painting the first skimmer a few weeks ago, though I had to give it a good dusting first.  Since then, I've painted a second as well.  Indeed, the bare model in the pictures above and below is the 3rd skimmer that I have brought out of storage!

I've made some slight adjustments to these models.  The most obvious one is the "roll cage" that I've made from brass wire and plasticard.  I felt that the pilot just looked too exposed on the original models and needed some form of enclosure.  Indeed, if I could have found a source of clear spheres about the size of ping pong balls then I would have used those as canopies, a bit like those on early US helicopters such as the Bell H-13 Sioux.

Since I didn't find anything to use as clear canopies, I went with my second choice and created the "dune buggy" effect.  I built a jig from scrap pieces of plasticard and used this to ensure that each piece of brass wire was cut and bent in exactly the same way.

I've painted the 2 completed skimmers in my standard Viridian camouflage, with a dark green background, superimposed with elongated triangles of dusty, pale green, edged with black.

The basing on the skimmers is something with which I'm not totally happy.  It's meant to look like dust clouds being kicked up, but I think it just isn't right.  If I could think of a better way to achieve such an effect, I might rework the bases.

I think I went a bit heavy on the dark wash for the support skimmer (on the left).  It doesn't seem too bad under the bright camera flash, but the vehicle looks very dark when viewed in real life.  There's not much I can do about this, short of repainting it from scratch (and I'm not considering that!), so I'll just have to live with it.

2 down, 3 to go!  These aren't actually too difficult to paint, once I get round to it - I can hardly believe that I put off painting the first one for years!  Making the extra bars for the cockpit is probably the most time-consuming part of the job.

Finally, a word on realism.  Hovercraft don't have much purchase on the ground (well, that's the whole point, really) and therefore need to rely on aerofoils or directed propulsion systems to change speed or direction.  These skimmers seem as if they're capable of travelling very fast, but I wouldn't like to try turning or slowing down!  They also look very tail-heavy, especially the 2-man command variant that I haven't shown here.

But hey, they're science fiction models, yes?  So everything is all right!