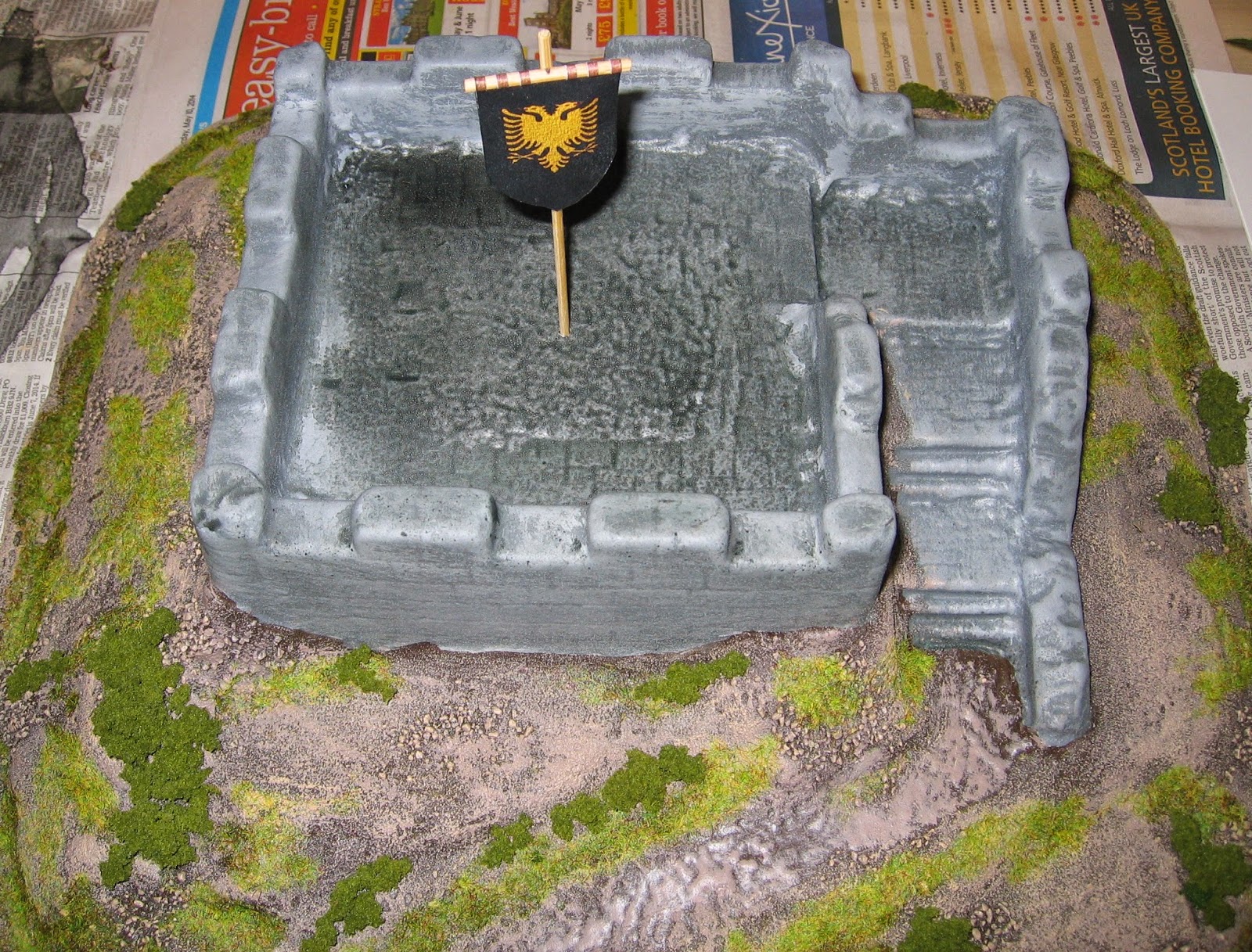 A little while ago, I showed how I had painted the Amera F214 Castle Keep.  At the time, I observed that the model would be improved by the addition of a flag.  Even though this was really a throwaway observation, I thought that I detected a subtle note of disappointment from my loyal followers that I hadn't attempted such an enhancement already.

Well, I haven't been able to come up with any compelling reason why I couldn't add a banner to the model, so I sat down this morning and got on with it.  Total time spent was perhaps 30 minutes on the build and rather more on the computer (designing the flag), so this wasn't a difficult project!

The flag itself is made from paper.  I drew a suitable shape on the computer and filled it with an appropriate design (the golden, double-headed eagle on a black background matches the heraldry used by some of the Sheriff of Nottingham's men-at-arms in my Robin Hood collection).  This paper flag was then fixed to a simple flagstaff made from 2 pieces of bamboo skewer, notched slightly and glued perpendicular to each other.

Since I wanted the flag to be removable (partly for ease of storage and partly so that I could use different banners in the future), I made the pole much longer than you might have thought necessary.  The socket itself was created by cutting down the casing of a cheap pen that had just stopped working, very conveniently for me!

To brace the socket and prevent it from tearing off the model, I cut out 4 right-angled triangles from thick plasticard (though I imagine that any stiff material - scraps of cardboard, MDF or plastic - would do).  Originally I had made these triangular, with shorter sides of about 2.5" (8cm).  However when I tested them, I realised that they were too deep and so I cut the tips off them.  These parts are structural rather than aesthetic and therefore my original mistake won't matter in the finished model, but it does show once again the importance of dry-fitting everything before applying any glue! 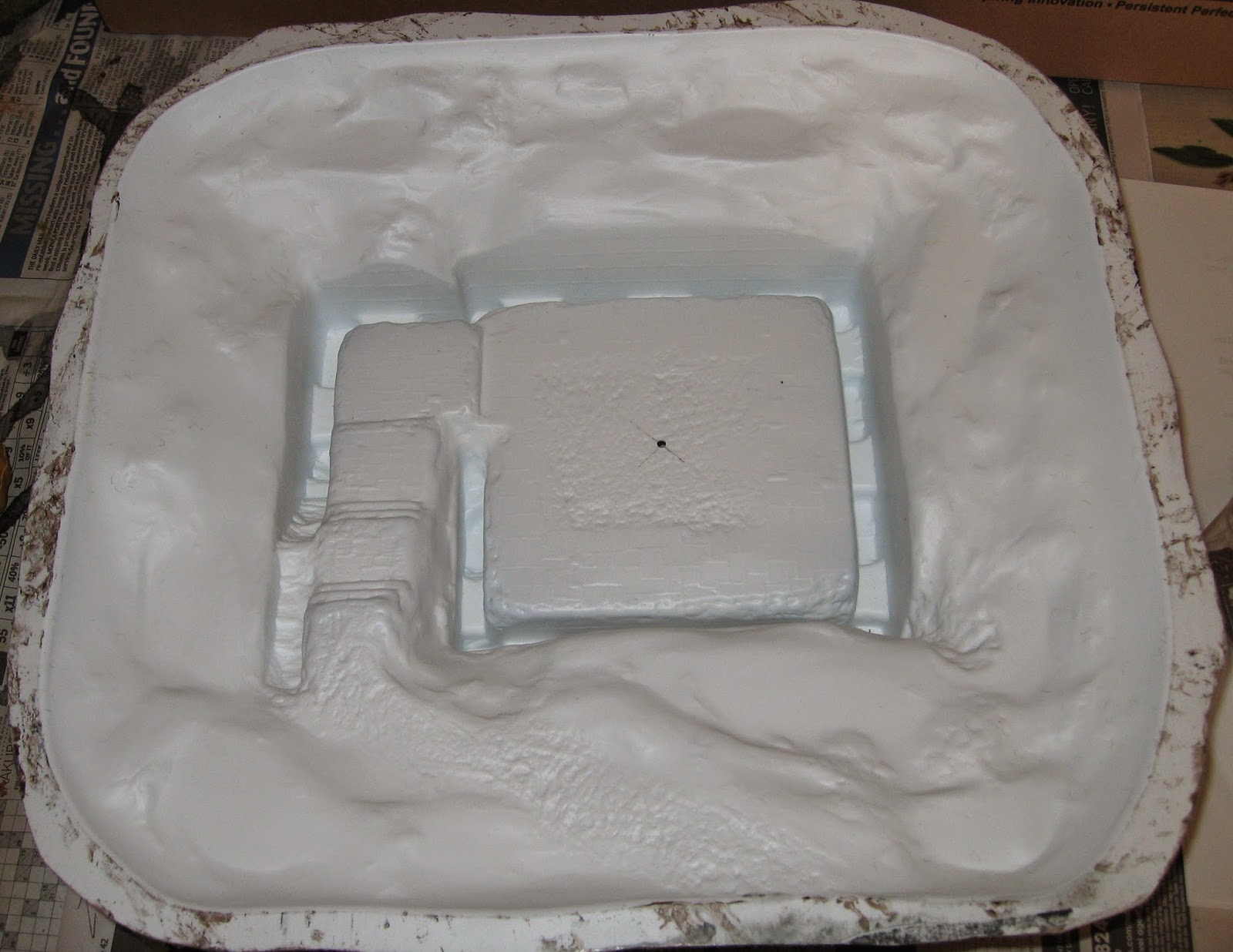 Working from the underside of the model, I drilled a hole in the middle of the keep.  This was just large enough for the flagpole to fit loosely. 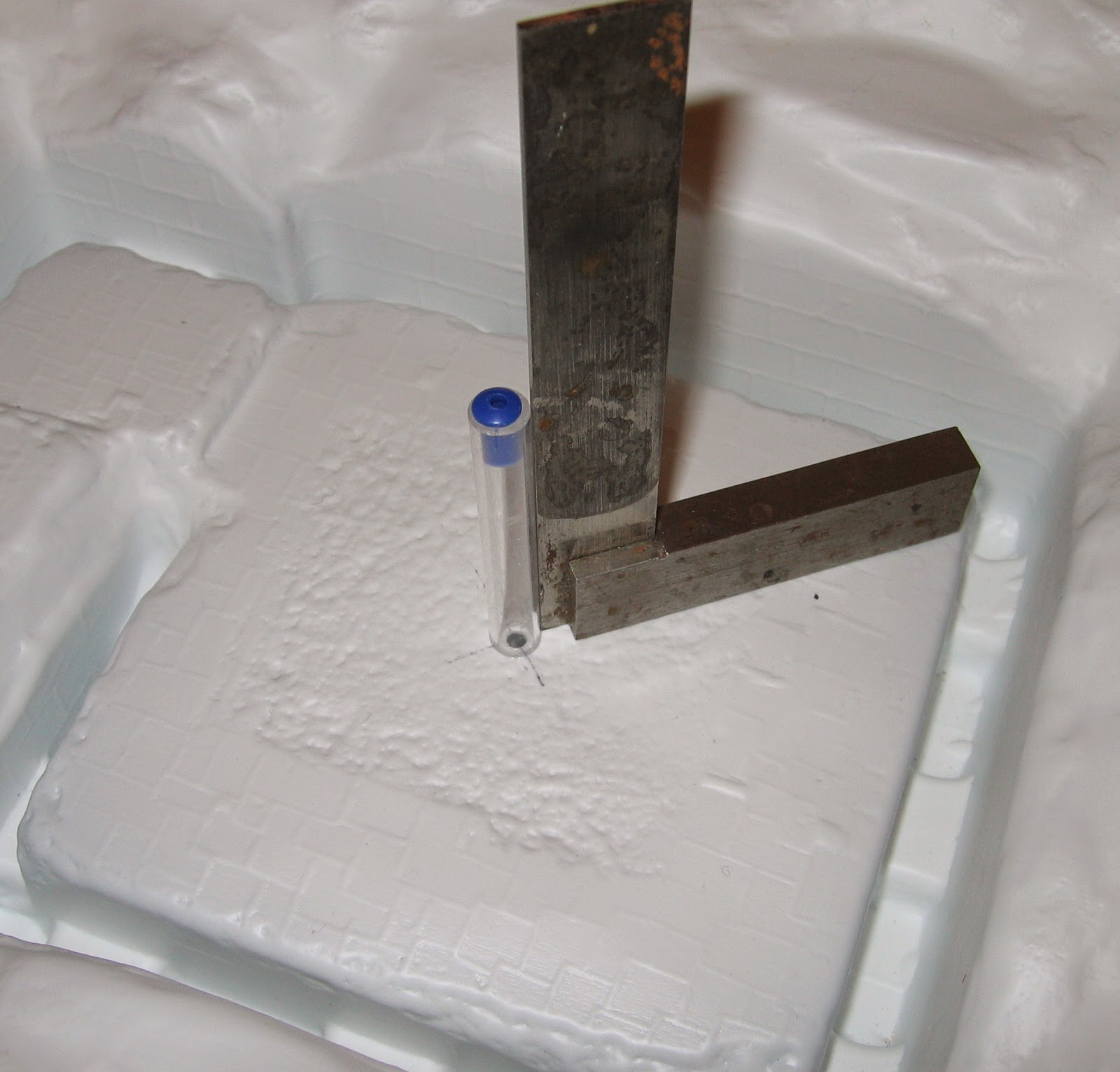 I cut down the pen casing to the right length and glued it over the hole, taking care to ensure that it was perpendicular to the surface.  Note: check the length before gluing!  You really don't want the pen to stick out below the base of the model! 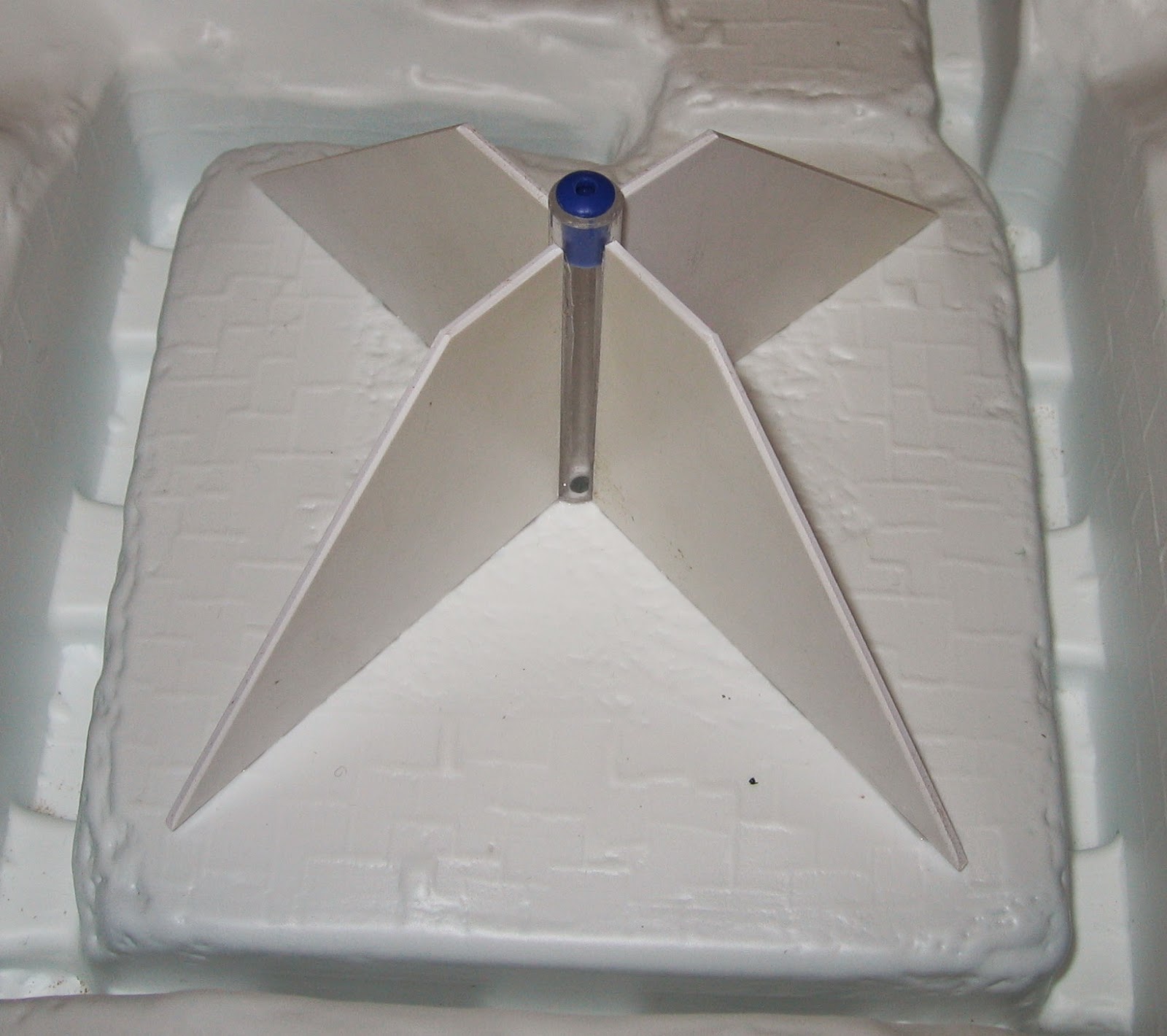 The last part of the construction was to glue the 4 supports around the pen casing, thus giving the socket a considerable amount of support.

Finally, turn the model over and drop the flagstaff into the hole.  Simple!