For today's post, I thought I'd show some savages.  These guys are 28mm models from em-4 Miniatures' "Future Skirmish" range and they bear quite a resemblance to the bad guys from the 1981 film Mad Max 2: The Road Warrior.  Despite their age, I think these are still some of the finest models of modern, western-style barbarians to be found!

From the left, we have a really big guy with a shotgun, a chain-and-knife fighter, fat boy with crossbow and another knife wielder.

Judging by the amount of flesh on view, the apocalypse must have resulted in some hot, dry conditions.  Also note that from behind it's apparent that bare buttocks are quite fashionable amongst these guys...

This trio have rather more in the way of ranged fire power.  From the left, they are armed with a sub-machine-gun, assault rifle and flamethrower. 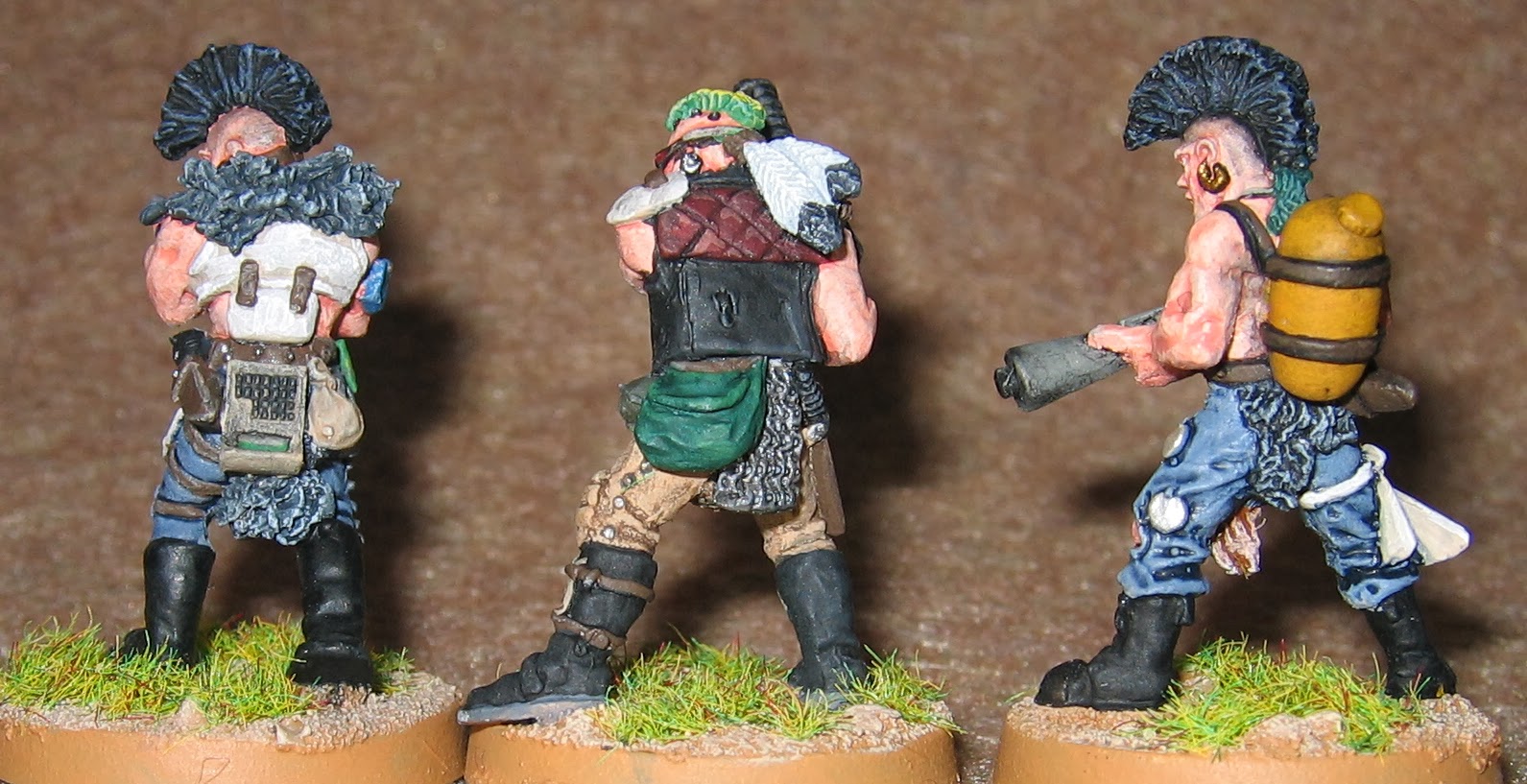 Thankfully, they are more fully clothed than their colleagues.

One of the things I really love about these figures are the number of details on the models.  In particular, they have lots of fetishes and scraps of "old tech", suggesting a rather superstitious adherence to the trappings of civilisation.  At least, they have some 1980's technology items - I wonder if they really know how to use any of it?  Anyway, see if you can spot the following things on the models:
These figures have been in my collection for quite a long time (plus one or two more that still aren't painted).  I have no immediate plans to use them in any of my games, but maybe one day...
Posted by Colgar6 at 15:45