Today I took time off from my own model-making and travelled in to Glasgow with my younger children.  There we visited the ModelRail Scotland 2014 show which is, funnily enough, centred around model railways.

Now I'm not a railroad modeller myself, despite having spent much of my childhood poring through Hornby catalogues and despite the large quantities of Brio and compatible wooden track & rolling stock currently to be found in my house.  However I do occasionally go to such shows to gain inspiration and materials for terrain-making.

I found that this year's show was not useful for me as a shopping trip and was a little disappointing in terms of the layouts on view (there were a huge number, but little that was truly unique or original).  However there were some scenes that made me think a bit harder... 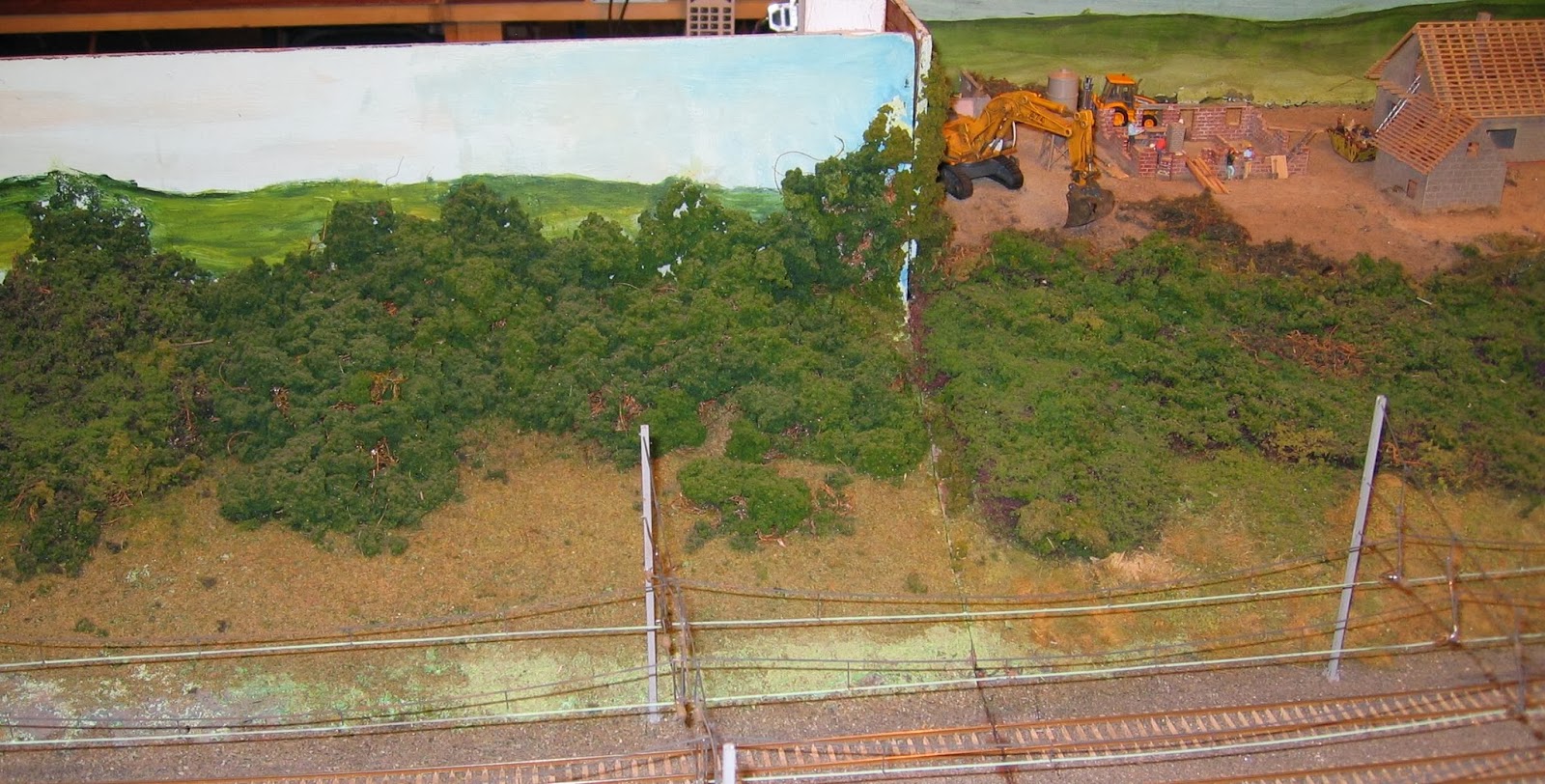 I was particularly taken with the bushes on this layout, but I failed to ask how they was made (something to do with having 2 children in tow - they were a bit distracting at times!)  Clearly there is a lot of green foam involved and I'd even hazard a guess that it's Woodland Scenics Medium Green Clump-Foliage.  But there's more to it than that; there's some texture and colour variation that wouldn't come from using the foam on its own.

I've often felt that my own terrain efforts are just too clean; there aren't enough brambles, gorse, ragged grass or other invaders around the edges.  It's all very well for an inhabited, domestic building to have well-kept boundaries, but most industrial sites have quite a lot of growth around the lesser-used parts even if they're still in use.  Of course, if a site has been abandoned then there should generally be far more weeds!  I could also use some "bad going" scatter terrain like this - but how did they do it? Here's another example of the difference between some railway models and wargames tables.  This is an otherwise quite ordinary layout, but look at the contours.  The landscape has height; there are rises and dips.  It's all very gentle, but nevertheless it adds considerably to the overall effect.  I'm not sure how this could be replicated on a game board - indeed I'm now wondering how & where most railway modellers store their layouts? 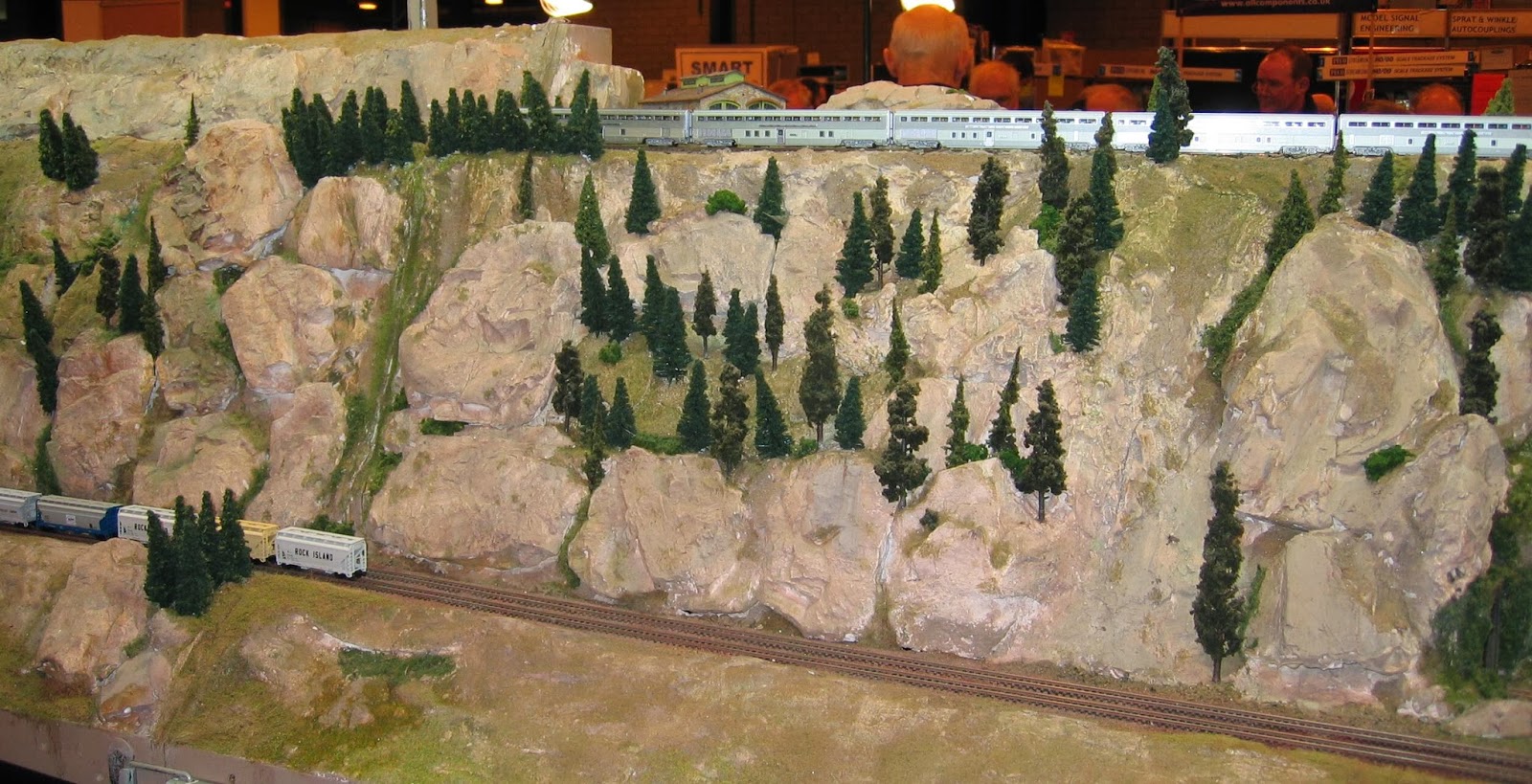 My final picture is also of a layout that has elevation.  In this case it's almost 2-dimensional again - but with length and height as the 2 dimensions.  It makes an excellent public display, since all of the terrain is at much the same distance from the viewer (you won't strain to see the further details!).

Initially I wondered how such a large rock-face had been modelled, until I realised that it was built from many separate pieces, each perhaps 6" or 9" across.  The joins between each part have been disguised with trees, waterfalls or scree - very clever!

It's got me thinking whether it would be possible to do a wargames table like this for a cliff assault - a board that is essentially flat, but which is propped up at 70 degrees or so when in use for a game.  I haven't got all the practicalities worked out yet, but I wonder if anyone else has attempted this already?  Hmm...